The 6 most favored automatic weapons - We Are The Mighty

The 6 most favored automatic weapons 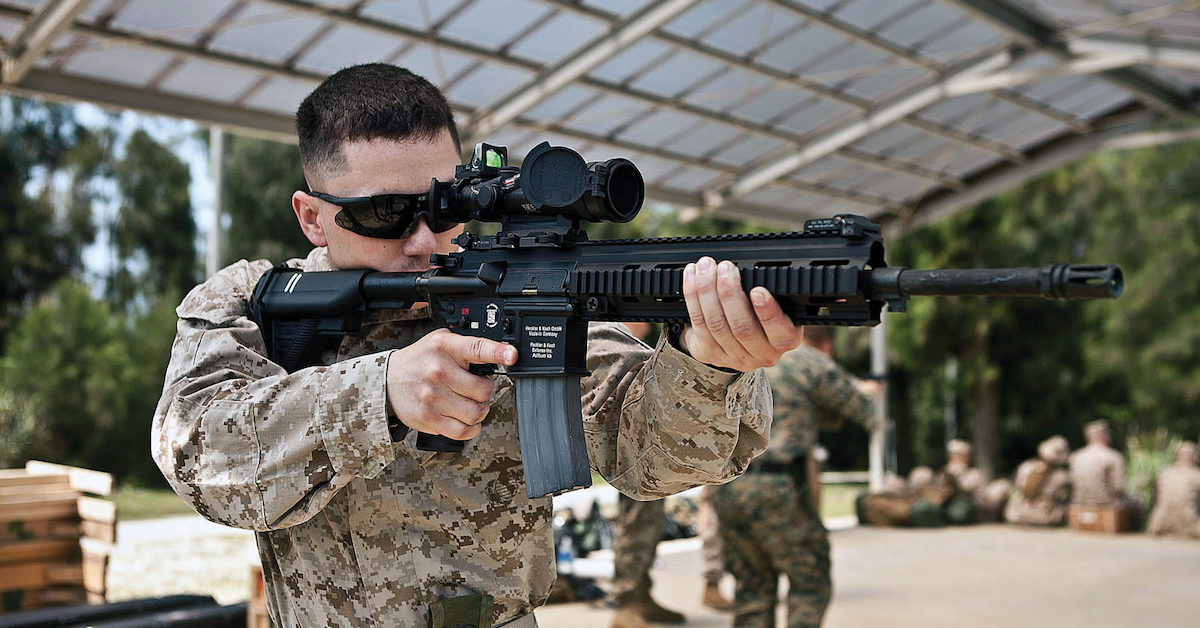 Automatic weapons have been a major asset to the United States Military for a long time now. There’s been a lot of innovation since James Puckle patented his famous gun in 1718 — arguably the world’s first “machine gun.” It should come as no surprise that much of this innovation was spurned on by centuries of warfare.

In the form of machine guns, submachine guns, and automatic rifles, the United States has used a slew of automatic weaponry on battlefields across the globe since World War I. Many of these weapons hold a special place in the hearts and minds of the service members who employed them.

These are the most favored automatic weapons:

This is the youngest item on the list, but it’s certainly worth the mention — the M27 IAR began its service in the Marine Corps in 2010 after years of testing. A personal favorite of Marines all across the Corps (especially the one writing this article), this bad boy fires a 5.56x45mm NATO round and is magazine-fed (which is considered a major disadvantage to the automatic riflemen who employ it). It offers the option of semi-automatic fire for when fully automatic is not ideal.

Though there is plenty of debate surrounding the replacement of the M249, the M27’s magazine-fed, closed-bolt system is what makes it ideal for use within a fire team. It requires only the person carrying it to operate it. The downside is that the operator will have to carry a ton of extra magazines.

The M249 SAW was brought into service in 1984 and is still in use. The M249 was used by automatic riflemen in the Marine Corps and fires a 5.56x45mm NATO round. However, its weight and the fact that it takes two people to operate made it less than ideal within fire teams. Marines will still preach about the glory of the SAW and somehow recall its mechanical shortcomings with fondness.

If you talk to Vietnam veterans about the weapons they used, the M60 will undoubtedly come up in conversation as one of their favorites. It first entered into service in 1957. “The Pig,” as its known, fires a 7.62x51mm NATO round and was used as the Squad Automatic Weapon for plenty of infantry units until the introduction of the M249 SAW.

The M60 still finds use in the United States Military among Navy SEALS, Army helicopter door gunners, and on Coast Guard ships, but it’s slowly being phased out.

The “Tommy Gun” was used by law enforcement officers and criminals long before the military adopted it at the brink of the second World War. The Thompson saw service from 1938 to 1971 in the European and Pacific theaters of World War II, the Korean War, and during the Vietnam War.

The term “submachine gun” was coined prior to the development of automatic rifles to describe weapons capable of fully automatic fire that chamber pistol rounds. The Thompson, for example, fires a .45 Automatic Colt Pistol (ACP) round.

The BAR was brought into service in 1918 and was used all the way up to the 1970s in a number of capacities. Most notably, this weapon was one of the main reasons the Marine Corps developed 13-man squads, which consisted of three fire teams with an automatic rifleman carrying a BAR in each. This structure is still used in the Marine Corps today.

At the top of the list is another design from John Browning. Everyone’s favorite, the M2 Browning machine gun entered service in 1933 and fires the large .50 caliber Browning Machine Gun (BMG) round. Given its reliability and impressive versatility, this machine gun embodies the expression, “if it ain’t broke, don’t fix it.”

This gun was introduced over 80 years ago and is still in service within the military with no signs of replacement.