Kimber moves its headquarters to Troy, Alabama - We Are The Mighty 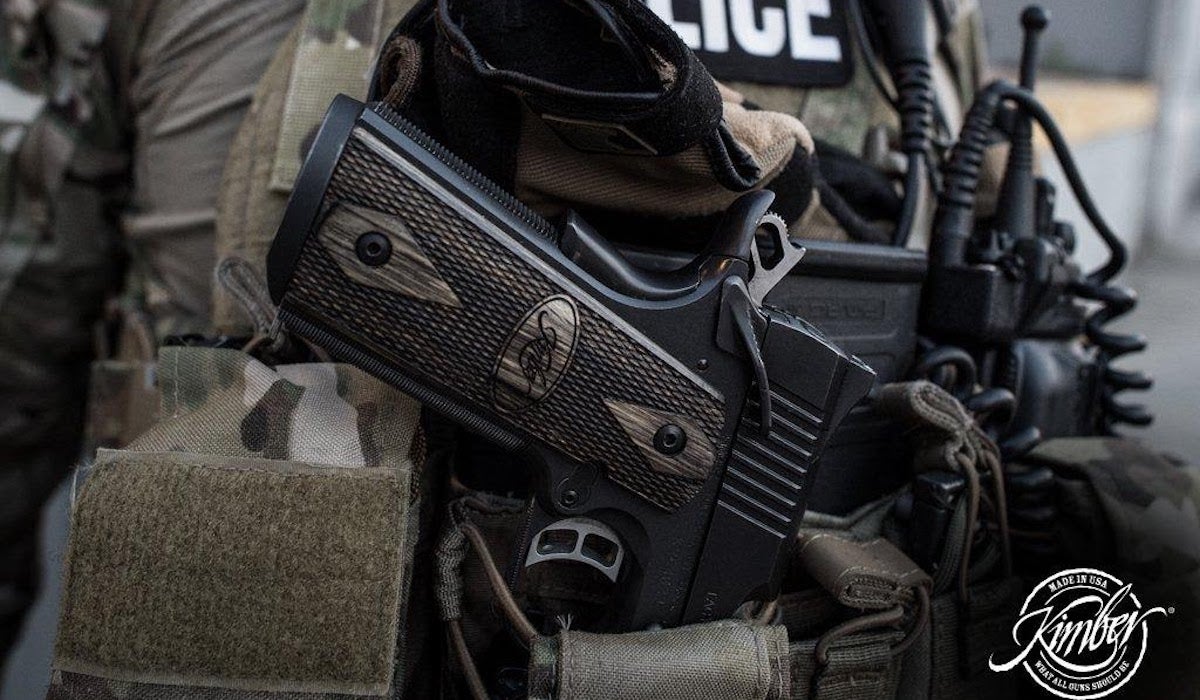 Kimber has made a name for itself as a manufacturer of high quality small arms, especially their 1911 pistols. Based on the original design of John Moses Browning from over a century ago, the 1911 platform is famed for its crisp single-action trigger, .45 ACP stopping power, and being the winner of two world wars as well as the U.S. military’s longest serving sidearm. Today, Kimber makes pistols that have been used by the USA Shooting Team, LAPD SWAT, MARSOC, and John Wick.

Originally founded in 1979 in Clackamas, Oregon by Australian immigrant Jack Warne and his son, Greg, Kimber of Oregon started as a manufacturer of precision .22lr rifles. The late 1980s and early 1990s were tough on Kimber and Jack left to found the Warne Manufacturing Company. Greg revived Kimber with the financial backing of Les Edelman, owner of Nationwide Sports Distributors. Though the younger Warne was eventually forced out of the company, Edelman saw great opportunity in pairing Kimber’s reputation for quality and extensive network of dealers with his newly acquired Yonkers-based company, Jerico Precision Manufacturing.

Jerico was undergoing a drop in production due to cuts in defense spending, but still maintained a sizable industrial capability. Edelman moved Kimber’s production to Jerico’s facilities in New York, thus ending the Kimber presence in Oregon. It was at this time that Kimber began manufacturing the high quality 1911 handguns that the company is known for today.

Though its professional connection to tier one units like LAPD SWAT and MARSOC led to great commercial success and expansion of operations to New Jersey, Kimber faced political opposition from both states.

Less than three years after announcing the move of its design and production facilities, the company announced that it would also move the Kimber headquarters to Troy. The company says that it will have 366 employees in Troy with a $38 million investment. “The final step in completing this new facility is adding staff across all departments,” the company announced in a press release. “Kimber’s new headquarters is situated on 80+ acres with more than 225,000 square-feet of space and is now home to industry-leading design engineering, product management and manufacturing capabilities.”

Kimber is not the only company to move its business to the area. In 2019, Lockheed Martin broke ground on a new missile facility at its Pike County campus, also in Troy. Less than three hours to the southwest, Airbus opened its A220 final assembly line in Mobile, Alabama in May 2020.

READ MORE: Targets to take your firearms training to the next level