This pistol is USSOCOM's offensive handgun - We Are The Mighty

This pistol is USSOCOM’s offensive handgun 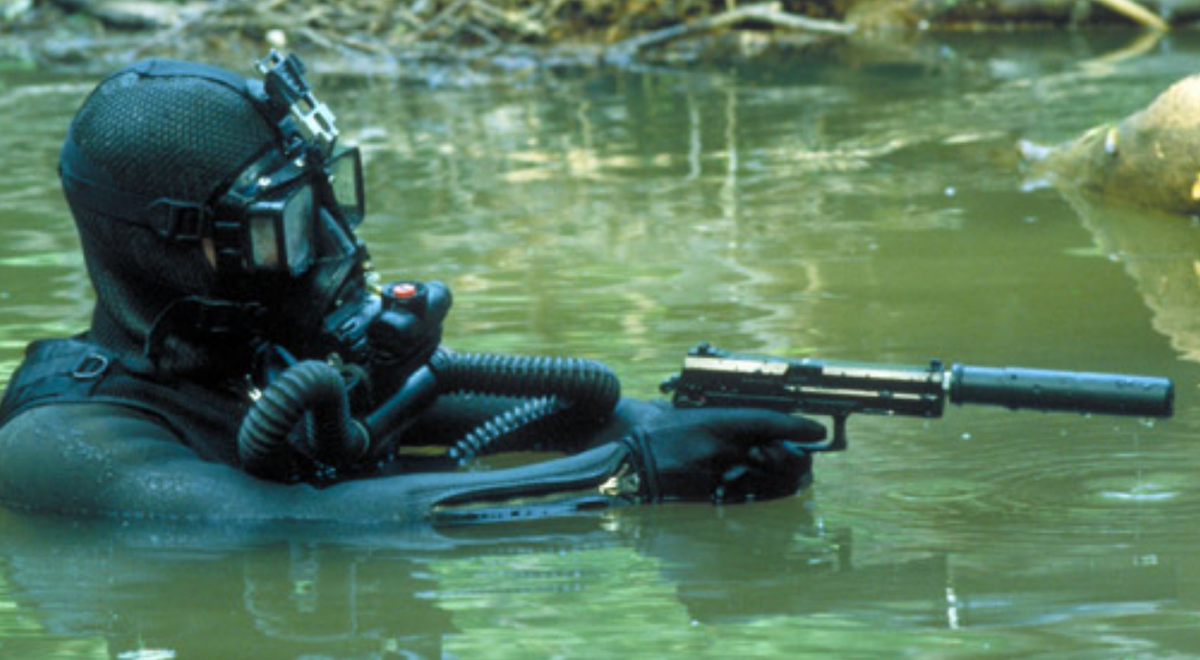 A pistol sidearm is generally used as a last resort weapon. On the two-way shooting range, a rifle will generally serve you better than a pistol. However, in the early 1990s, U.S. Special Operations Command held the Offensive Handgun Weapon System competition. The competition sought to procure a primary offensive handgun for use across all branches of SOCOM. Aside from standardizing a handgun, the new weapon would fill a specialized offensive close-quarters battle role.

Heckler & Koch and Colt were the only companies that participated. The Colt OHWS failed primarily because it could not handle the high pressure ammo like .45 Super and +P .45 acp that USSOCOM required. Despite having no competition, the H&K submission was over engineered and optimized for harsh operating environments.

The H&K MK23 is waterproof and corrosion-resistant. Its polygonal barrel is expensive, but is capable of producing a 2-inch group at 25 meters. The handgun is also completely ambidextrous and features oversized controls for use with gloves. The MK23 is part of a weapon system that includes a proprietary Laser Aiming Module, a suppressor, and match-grade ammunition.

The LAM is manufactured by Insight Technology and is designed to work specifically with the MK23. One version of the LAM emits a visible red dot while another emits an infrared dot for use with night vision. Both LAM units can also produce a white light. The suppressor is manufactured by Knight’s Armament Company and is very effective at suppressing the high-pressure ammo.

Testing of the MK23 was extremely extensive. USSOCOM’s requirement was 2,000 mean rounds before failure. The MK23 averaged 6,027 MRBF and was capable of up to 15,122 MRBF. Three pistols were subjected to a 30,000 round endurance test and maintained an accuracy of 2.5 inches at 25 meters. It was also tested in temperatures ranging from -25 to 140 degrees Fahrenheit while exposed to ice, sand, and mud.

The MK23 is powerful, accurate, and reliable. It excels in its role as an offensive handgun. However, while its size and weight helped to mitigate recoil and retain accuracy, these features made it unpopular for operators to carry. According to armorers, though the MK23 remains on the books and in weapon cages, most go unused. In 2010, it was reported that the MK23 is still taught at the SOCOM armorer course, but not the Naval Special Warfare armorer course.

In response to criticisms, H&K developed the USP Tactical pistol. The Tactical retains much of the MK23’s performance in a more compact size. For this reason, the Tactical is popular with German Army and Navy Special Forces.

Because of its niche role and extremely high retail price, the civilian and law enforcement version of the MK23 yielded poor sales figures. Sold as the H&K MARK 23, the handgun does not include the LAM or suppressor. However, because of the weapon’s affiliation with USSOCOM and its use in the popular Metal Gear Solid video games, it is highly sought after and fetches a premium on the civilian gun market.

Though its application is limited, the H&K MK23 is arguably still the best offensive handgun today. The lengthy process for its adoption by USSOCOM earned it the reputation as the most thoroughly tested handgun in history. Its performance is unmatched thanks to classic H&K over engineering. Just be sure you’ve been extra good this year before asking Santa for one.