You can own the helicopter from M*A*S*H 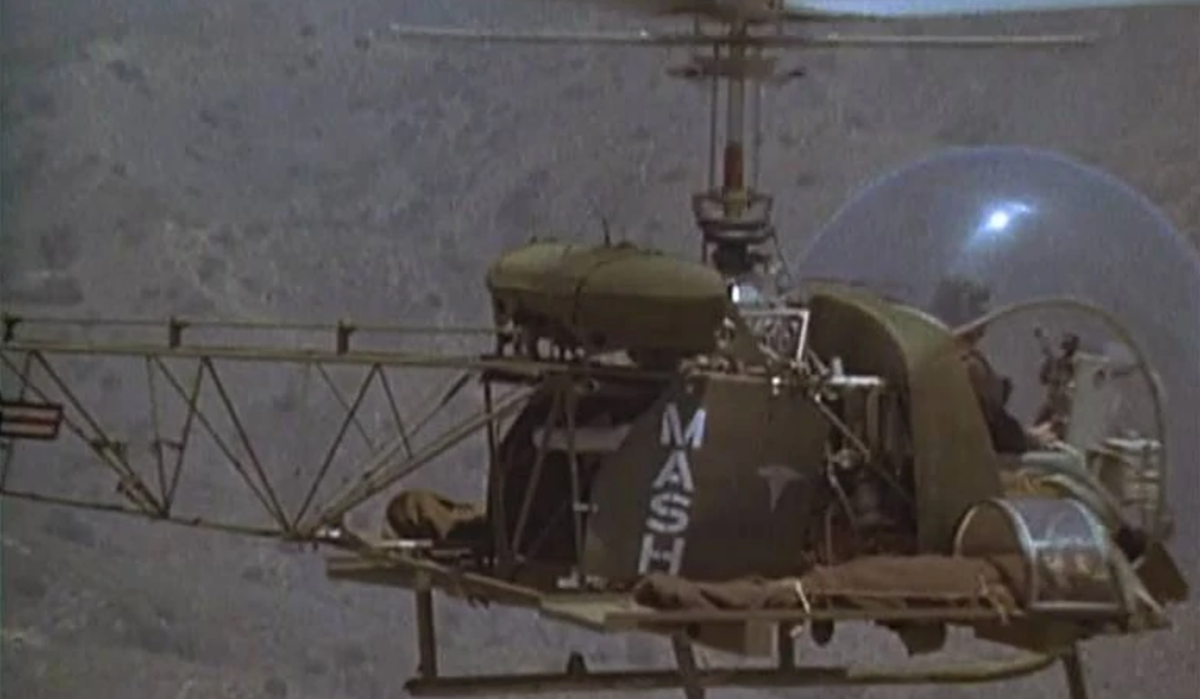 For those unfamiliar with it, M*A*S*H was a hit comedy-drama television series that aired on CBS from 1972 to 1983. Following a team of doctors and support staff from the 4077th Mobile Army Surgical Hospital, the show takes place during the Korean War. During the war, the helicopter was a revolutionary platform that allowed for more rapid evacuation of wounded personnel from the battlefield. As such, the H-13 Sioux, known affectionately as the flying fishbowl, played a prominent role in the show. The Bell 47, the civilian model of the H-13, that was used most often in the show is now up for sale.

Bell 47 D1 s/n 263 was built in July 1951 at the Bell Aircraft Assembly Plant in Niagara, New York. The helicopter was assigned to the U.S. Navy where it was used as a training platform. During its naval career, s/n 263 was once shipped from NAS Alameda, California to a Navy base in Japan and flown with floats installed. The helicopter was eventually shipped back to NAS Alameda and surplussed out of the Navy in 1958. It was purchased by the San Bernardino Valley Junior College Aeronautical Division for use as a training aid.

In 1972, the aircraft was put up for sale again. This time, she was purchased by Adrian Grieve, the owner and operator of Pathfinder Helicopters at Flabob Airport in Riverside, California. S/n 263 was completely disassembled and rebuilt to Bell Helicopters specifications. The next year, it received a Standard Airworthiness Certificate from the FAA as Bell 47 D1, N5167V.

Flyable once more, N5167V served as a student trainer, aerial photography platform, aerial surveyor, banner tower, and fruit frost control aircraft. However, the helicopter’s claim to fame is its starring role in M*A*S*H.

In the opening scenes of the show, two helicopters fly together in close formation; N5167V is the ship closest to the camera in the shot. In the second scene, N5167V is the second helicopter on approach to the landing pads. During the ten years of filming, the helicopter was used numerous times both as a set piece and in flying scenes. The helicopter’s last on-screen appearance was during the final departure scene of the show’s series finale, one of the most-watched TV episodes of all time.

In 1981, N5167V was sold to a South Dakota farmer who used the helicopter on his ranch for counting and herding cattle and crop dusting. N5167V was eventually sold to its current owner who restored it to original its M*A*S*H configuration. During over 5,800 flight hours, the helicopter never sustained any damage. Bell 47 D-1 s/n 263 N5167V is up for sale by Platinum Fighter Sales. The company specializes in warbird and classic aircraft brokerage. A poke around their website will reveal plenty of interesting aircraft for sale like a 1959 McDonnell F4H-1F Phantom II, a 1943 Curtiss Wright P-40N-1 Kittyhawk, and even a rare 1944 North American XP-82 Twin Mustang. The M*A*S*H helicopter has no price listed, but offers can be made online. Given the aircraft’s history, it’s expected to sell for a pretty penny.