The Army just bought a new sniper rifle from Barrett 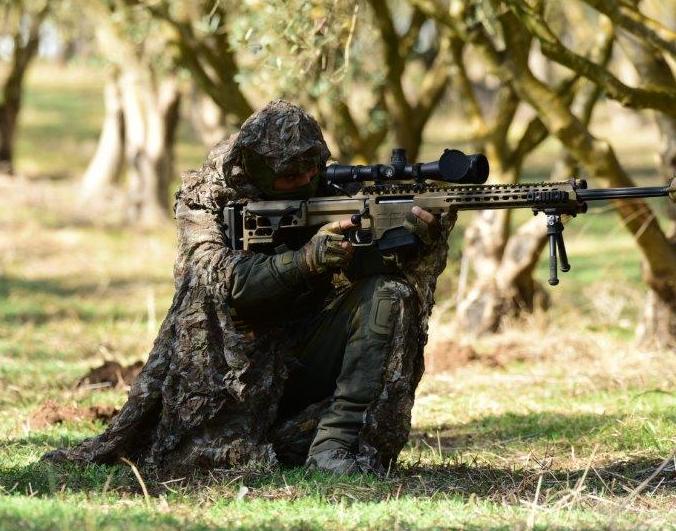 Yes, the makers of the legendary M82/M107 .50-caliber Long Range Sniper Rifle have sold another rifle to the U.S. Army. On March 30, 2021, Picatinny Arsenal in New Jersey awarded a $49.9 million contract to Barrett Firearms Manufacturing, Inc. of Christiana, Tennessee. The contract is for the Army’s new sniper weapon system, the MK22 Multi-role Adaptive Design rifle.

The MK22 MRAD is part of the Army’s Precision Sniper Rifle Program. Included in the PSR program is the Leupold & Stevens Mark 5 HD scope and an accessory kit. The Army intends to replace both the venerable M107 and the M2010 Enhanced Sniper Rifle with the PSR. Its aim is to become the “primary anti-personnel sniper weapons system” for Army sniper teams according to Army budget documents.

The Army plans to acquire approximately 2,800 MK22 MRADs. To live up to its name, the rifle is configurable in three different calibers. With a simple barrel swap, snipers will be able to select .338 Norma Magnum, .300 Norma Magnum, or 7.62x51mm NATO as their mission dictates.

Additionally, the MK22 MRAD can be equipped with a slew of attachments to further increase the capability of Army snipers. While attachments like sound suppressors are a given on a sniper weapon system, the MK22 MRAD will accept direct view optics with fire control capabilities. This “allows snipers, when supplemented with a clip-on image intensifier or thermal sensor system, to effectively engage enemy snipers, as well as crew served and indirect fire weapons virtually undetected in any light condition,” noted Army budget documents.

The MK22 MRAD was previously acquired by USSOCOM as part of their Advanced Sniper Rifle program. “The Army PSR program is adapting the rifle selected under the SOCOM ASR program,” said Army Program Executive Office Soldier spokesman Alton Stewart. “The initial rifle selected (the MK21 Precision Sniper Rifle based on the Remington MSR) did not conform to SOCOM requirements at the time and the program was re-competed with the Barrett MRAD selected as the rifle solution.” The Marine Corps is also looking at acquiring the MRAD.