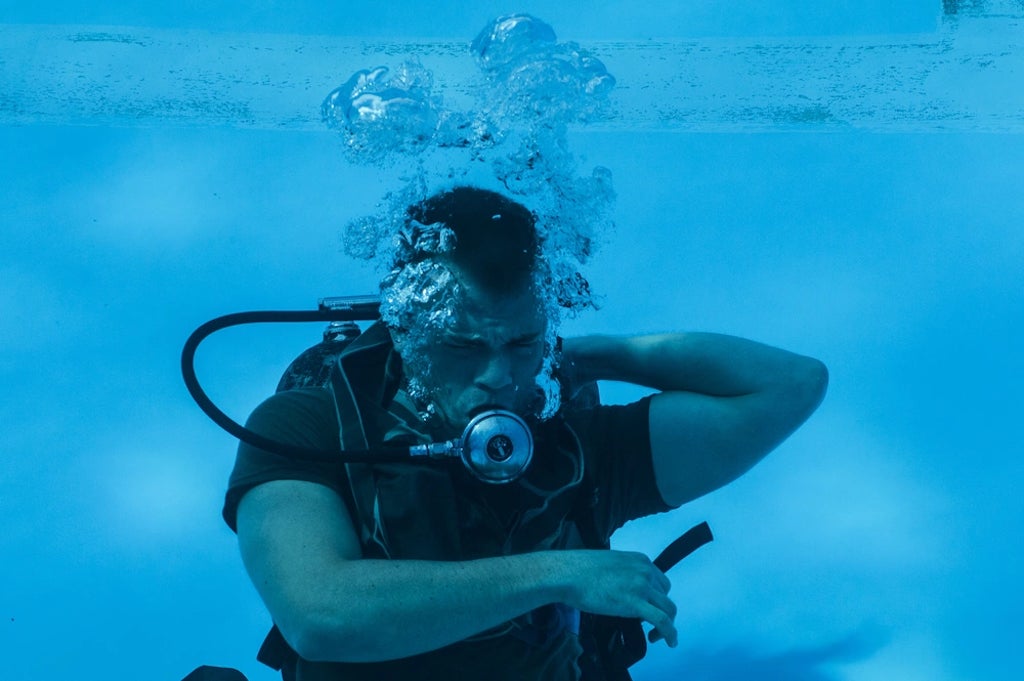 To most people, diving may seem like a regular activity that anyone can manage. On the contrary, diving is considered as risky as suffering a bullet wound to the heart. The Navy undertakes several activities that are deemed dangerous but necessary for their training, and deep-sea diving is one of these. As the divers move down further into the deep sea, pressure builds up, and this is dangerous because it is enough to shatter an eardrum, crumble a lung and send the diver into a coma from which he/she will never awaken. This is what these intelligence-gathering Marines face every day as they strive to earn the dive bubble or what others refer to as the diving badge. Due to the risk factors involved with deep-sea diving, the Navy only assigns such tasks to well-trained Marines.

Even though the military offers introductory diver training classes to provide diver contenders a clue of the responsibilities that lie ahead in achieving their certification, a large proportion of its diver training courses are held at the Naval Diving and Salvage Training Center. The military overhauled its guidance plan for phase I of its Army Engineer Diver Course in 2006, increasing the duration from 11 to 18 days and emphasizing physical health and fundamental diving principles and awareness. As a direct consequence, in less than a year, the participation rate for diver contenders who started the second part of their course reduced by nearly 25%.

To receive the admittance second class diver bubble, army personnel must be in pay levels E1 to E4, finish all Army Engineer Diver Course cycles, be accorded the linked MOS, retain CPR certifications, and succeed in all Army Physical Fitness and Diver Fitness trials.  Requirements for the first-class diver bubble are limited to Staff Sergeants and beyond who have completed the 70-day Engineer Diver Basic Noncommissioned Officer Course. Inability to implement the curriculum in two trials or within three years of achieving the rank of Staff Sergeant results in the military member being reassigned unwillingly to subsequent MOS.

Due to the strict measures set to earn a dive bubble, candidates often chicken out before starting their training. Most trainees get nervous before beginning their sessions because of fear of the unknown. While most marine divers know what goes on underwater, the pre-dive instructors ensure to push their limits to bring out the best in them. As a result, almost half of the participants of these programs end up failing even after passing the physical fitness test. Not all participants make it to the end despite going through extensive training sessions involving treading waters while carrying heavy materials.

During their training sessions, Marines are equipped with long-distance swimming skills. Using the combat pool, they are trained to dive to the bottom to collect materials settled down below. These activities are usually undertaken with land-based training to toughen the trainees and build stamina. According to a report given by a Staff Sergeant, the contenders are trained under the harshest, most demanding, and most stressful circumstances. While making it hard for the trainees to succeed, the Navy always ensures to put their safety first.

Training the Marines under such conditions enables them to have real experience and gives them an idea of what they are supposed to do when the time comes. This way, no one will be injured because of dealing with something they have never encountered. Practical implementation activities are merged with classroom teaching in plunging physics and medical assistance to coach divers on the perils they will most probably face.