Criteria for joining the French Foreign Legion - We Are The Mighty 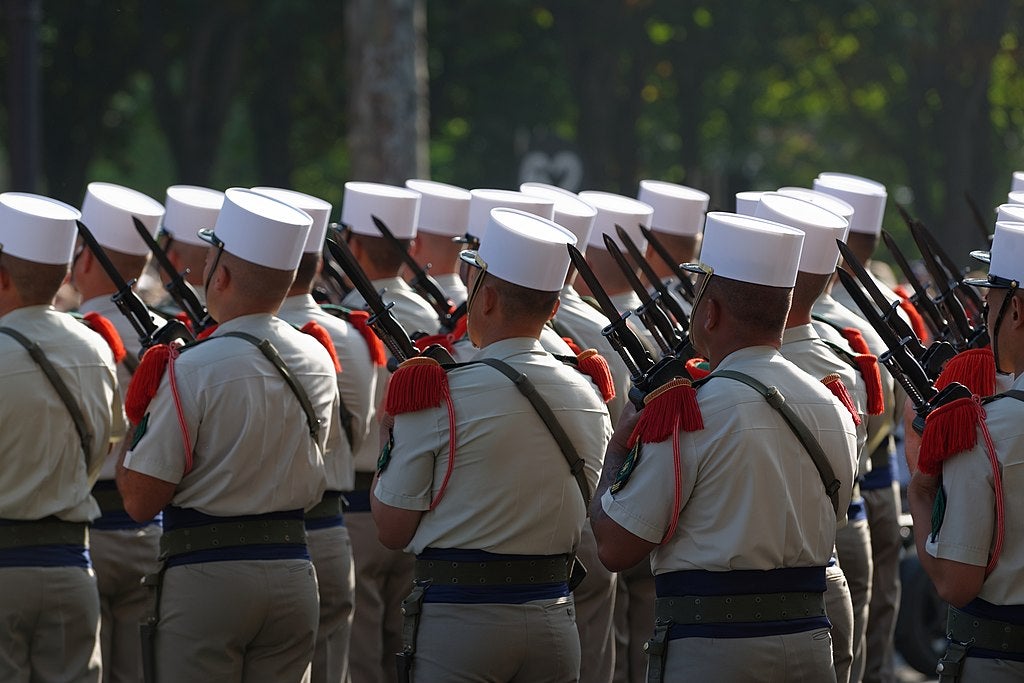 Men of the French Foreign Legion at the Bastille Day 2013 military parade on the Champs-Élysées in Paris.

There are probably few military-related dreams more romanticized than running away and joining the French Foreign Legion. Members of the Légion étrangère are clothed, fed, and housed free of charge for the first few years of their service. They also receive monthly salaries, 45 days of paid vacation, and after three years of service (or a combat wound), Legionnaires can apply for French citizenship.

Oh, and applicants also have to give up their identity and nationality while serving in the Foreign Legion, along with a handful of other criteria and restrictions. Believe it or not, the Legion doesn’t just take anyone.

The French Foreign Legion is France’s storied and elite special unit. First formed in 1831, it was a way for foreign nationals to join the French Army, originally posting them in French colonial possessions in Africa. Today, it’s still an elite unit, formed of like-minded individuals from all over the world who join for the challenge of serving in one of the most physically demanding military units.

There is only one way to join this elite brotherhood of a fighting force. Males between ages 17.5 and 39.5 must travel to mainland France and visit a Légion étrangère recruiting center, which are all open 24/7 every day of the year. They must also be physically fit (measured by body mass index), be able to read and write in their native language, and have proof of identity.

The Legion says that there are only a few things enlistees will need when applying to enlist in the Foreign Legion – and the number one rule is to pack light. They shouldn’t take more than 300 Euros, and will need a pair of running shows and only three pairs of undies, t-shirts, and socks. Like all good basic trainees anywhere, they should remember to pack their personal hygiene kits and a good pair of shower shoes.

Depending on their desired position in the Legion, enlistees have different criteria to meet in other physical terms, including eyesight, color blindness, and previous surgeries. No applicant can be missing more than six teeth or must have at least 40% of their teeth in healthy condition. No enlistee can be missing a finger when signing up.

Enlistees all sign contracts for five years. During that time, the applicant’s citizenship, identity, professional status, marital status and background are all thrown out the window. Race, religion and education all don’t matter, according to the Foreign Legion website. The Legion will even teach its new recruits the French language during their training.

What does matter is the person’s criminal background. No one wanted by Interpol, the International Criminal Police Organization that focuses on transnational crimes, such as drug and human trafficking, cybercrime, and international terrorism. The Foreign Legion doesn’t want to be an identity laundering organization for major international criminals.

After a battery of tests that include IQ tests, psychological testing, physical exams and fitness testing for running, swimming, and pull-ups, applicants are either accepted or denied. To be accepted into the Legion means your passport, IDs, and even clothing are taken away, as any legionnaire with less than five years of service must wear the uniform during free time.

Upon leaving the Foreign Legion and serving in one of the world’s most storied units, they can either keep their new identity or go back to their old one. The idea of having access to a new life is probably the reason so many people romanticize the idea of joining the Legion in the first place. They just need to remember it’s not as easy to get in as they might think.