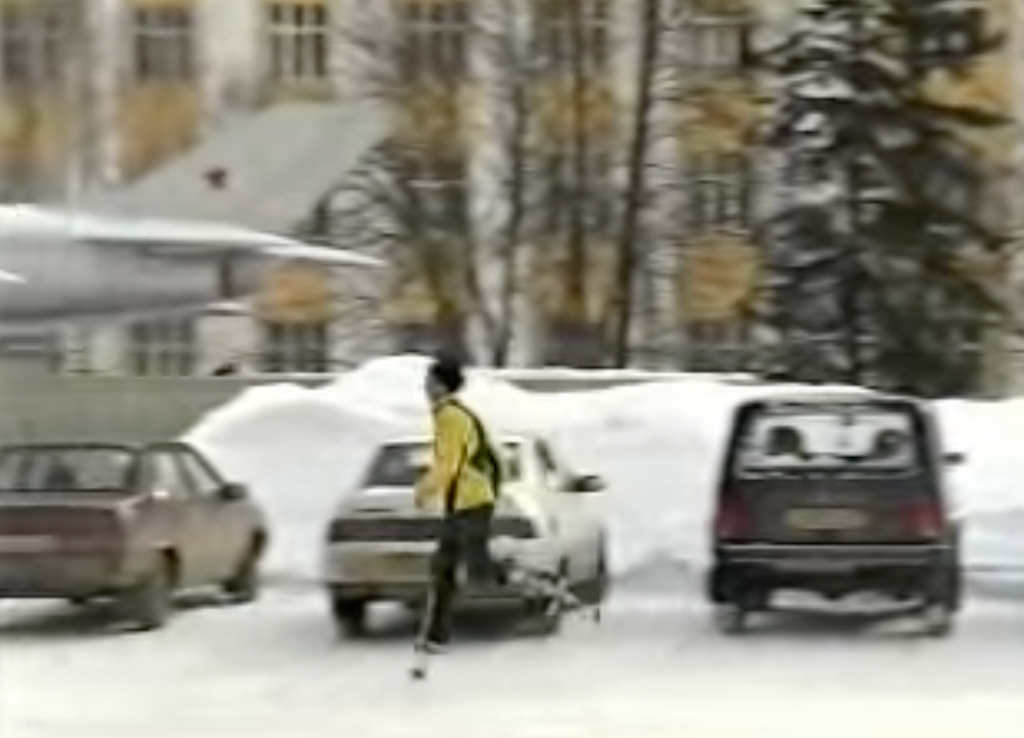 In the legends of the Middle Ages, they would have been called “Seven-League Boots,” magical footwear that could give the wearer the ability to take much greater leaps than a normal human being. Today, it’s not magic: a Russian engineer is making a giant leap for mankind using science and engineering with rocket boots.

Viktor Gordeyev grew up in Soviet Russia, running around the foothills of the Ural Mountains wearing large, heavy boots. Like many people with an invention in mind, he thought to himself, there’s gotta be a better way. An engineering student like Gordeyev was well-suited to find that better way.

The method he devised, though commonly called “rocket boots,” isn’t rocket-powered at all. It’s gasoline-powered and looks more like small pogo sticks attached to his legs than anything Iron Man might wear. His engineering specialty is pistons, so naturally, his invention uses pistons to propel the wearer.

While many might laugh at an invention that allows a regular man to make great leaps in a single bound, the Soviet military wasn’t laughing when they discovered his invention. They immediately classified it as military technology. Maybe it was the boots, or maybe it was the highly efficient piston action that led the USSR to classify his technology.

The pistons in Gordeyev’s “rocket boots” propel the user are filled with a mixture of fuel and air. The pistons are then fired by compression when the wearer puts their full body weight on the boot. The pistons force the platform down to the ground, launching the person forward, kinda like a pogo stick. Although newbies might be able to start running at around 10 miles per hour, experienced bootists can run upwards of 22 miles per hour.

Gordeyev first developed the boots in 1974, and according to the New York Times, they were kept a closely-guarded military secret until 1994. Though the Soviet Union no longer existed at that time, the new Russian Federation continued to develop them as potential gear for its troops, envisioning Soviet (and later Russian) troops running into combat alongside their tanks at a high speed.

The boots’ gasoline tanks hold a third of a cup of gasoline, which will allow them to travel three miles – an efficiency of 70 miles per gallon. They emit a mere puff of exhaust fumes while running. While that all sounds amazing, there are a number of potential hazards, which include fires. An off-balance runner might even injure their knees, though no incidents had happened in 30 years of development.

After the Fall of the Soviet Union, Gordeyev attempted to market his rocket boots to civilian markets across the new Russian Federation, but apparently the idea never caught on. He even demonstrated them at Disney World in 1998, envisioning a world where people could run to work at 22 miles per hour.

None of the old engineer’s ideas ever panned out and eventually he ran out of money to perfect the powerful boots. It appears that the idea of piston-driven superfast footwear has been shelved for the time being. The idea of the mythical Seven League boots might never come to light, unless some engineer out there (who is also obsessed with Medieval literature) decides to take up the cause once more.