Best Sniper competition held at Fort Benning - We Are The Mighty 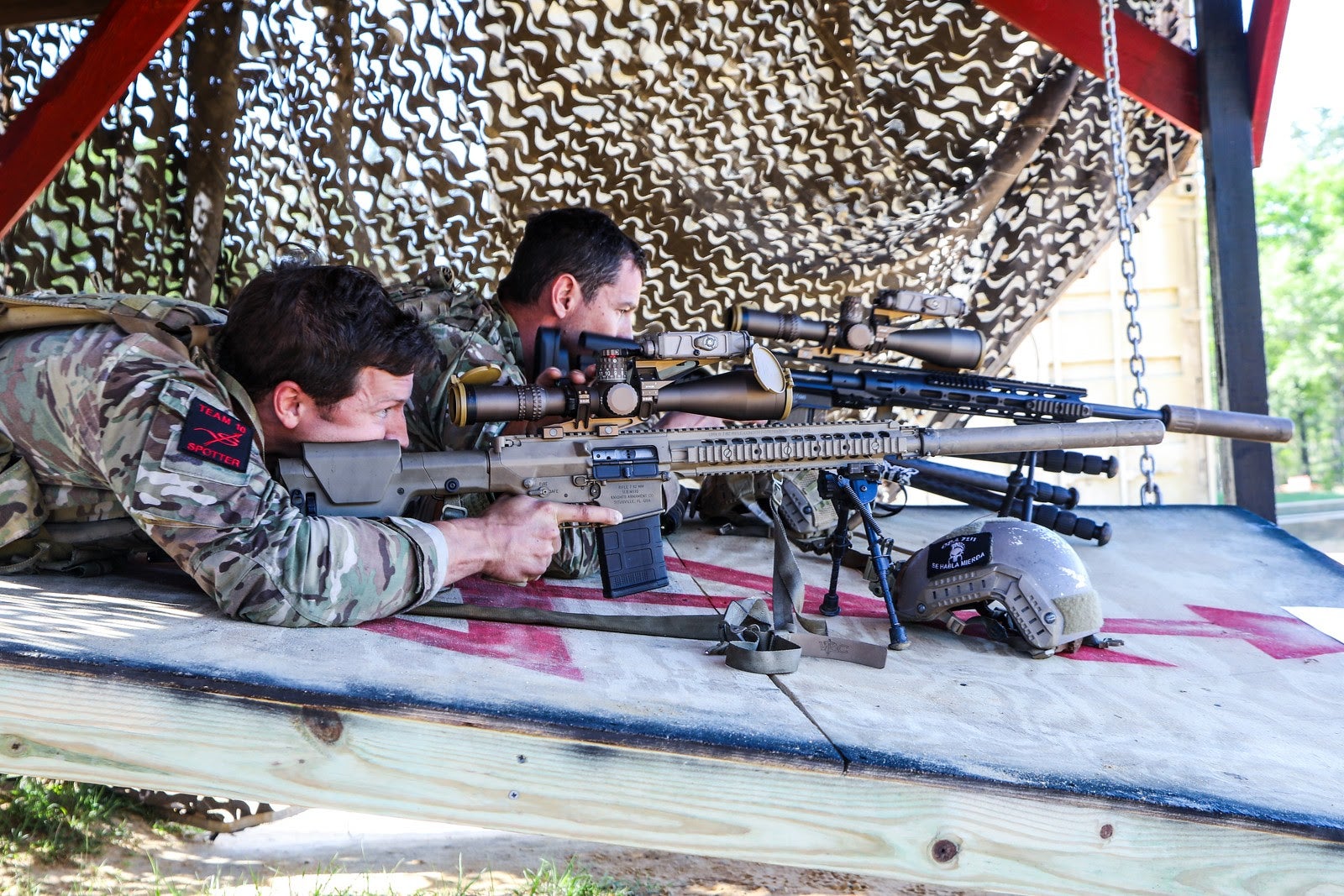 FORT BENNING, Ga. - Sniper teams from across the United States travel to Fort Benning, Georgia, to compete in the U.S. Army Best Sniper Competition, April 12, 2021, on post. The goal of this competition is to identify the best sniper team from around the Army. (U.S. Army photo by Markeith Horace, Maneuver Center of Excellence, Fort Benning Public Affairs).

Last week was Infantry Week at Fort Benning, GA, an entire week dedicated to celebrating some of the most sought-after awards and training events. This year’s schedule included Best Sniper and Best Ranger.

First up was Best Sniper, where teams of two soldiers competed in a three-day event through an array of tests and obstacles, including close-up shots with pistols, to those where they must hit targets 600+ meters away with a rifle, as well as shotgun events. The entire competition is built off of individual and collective tasks focused around key Army Sniper Course basic teachings, like increasing validity and survivability through reconnaissance.

Competitors traveled from across the nation and from various branches of the military; Marines and members of the Coast Guard were present in this year’s event.

Last year’s competition was canceled due to COVID-19, and the event hasn’t fulfilled its international status since 2018.

Best Sniper competitors for 2021 gathered for a chance to win different titles, including: Field Craft Award, which encompasses land navigation, target detection, and night range estimation; Top Pistol; Coach’s Award; and Iron Man, for the team with the fastest time; and the coveted title of Best Sniper.

On describing the design, he said: “The competition was based on creating realism with some of the events. It’s kind of difficult to replicate combat scenarios, but trying to make it as realistic as humanly possible was primarily the goal here.” 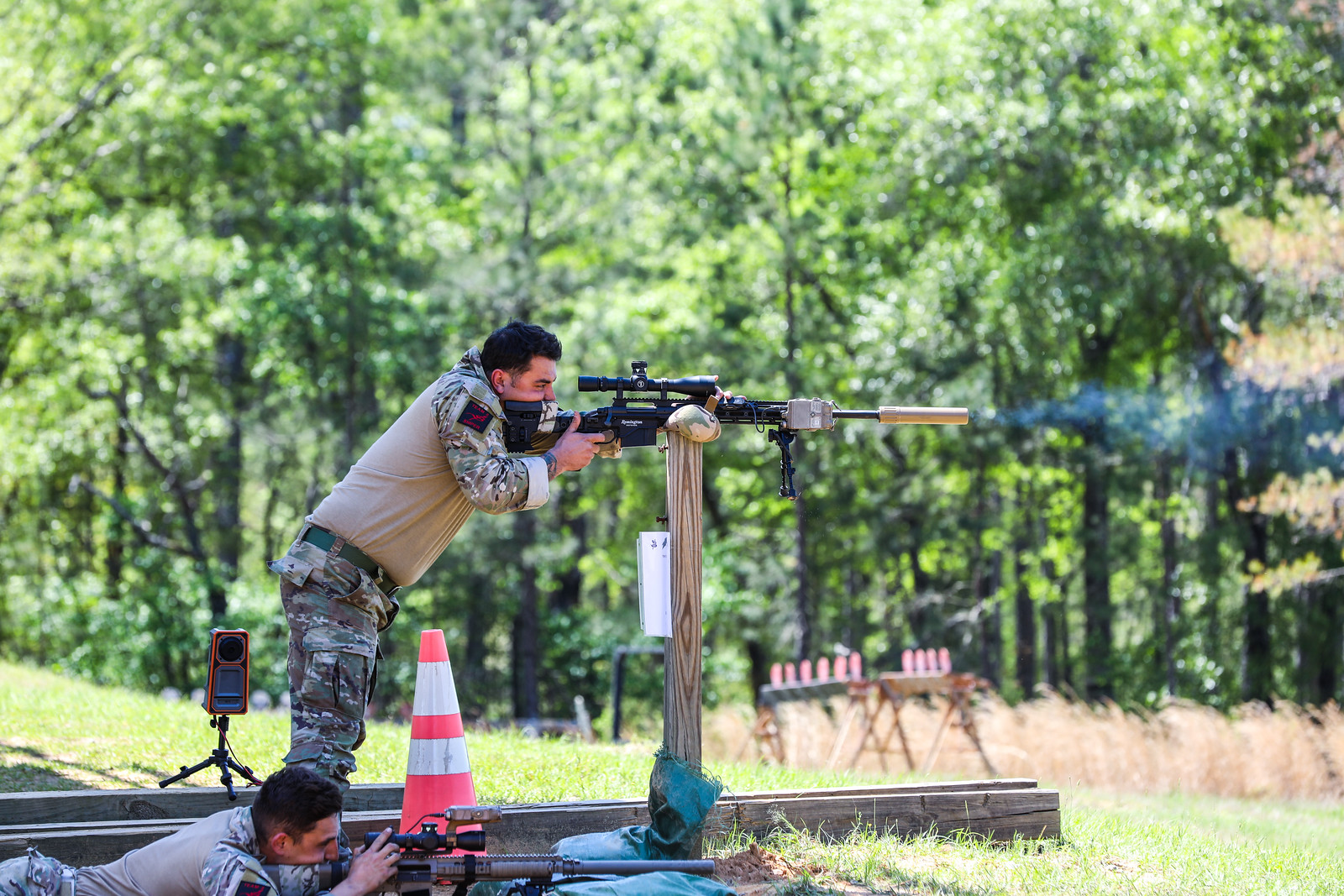 The teams participated in an event called Flavortown where users gave away their position at the top of a building, then had to remove targets and exfil from the top of the structure. Other events included night range estimation, with some items in an urban setting and others in a woodland point of view. Physical tests were also brought in, such as the standard two-mile run, Small said, but with teams wearing uniforms and boots.

Because different units have their own weapon systems, which tend to vary, SFC Small said competitors were restricted to using certain calibers. For their primary weapon they shot a .300 Win Mag and for their secondary, 7.62 mm.

“It’s an overall problem solving competition, he said. “It’s cool because you get to see how different services handle the problems mentally and their solution to the problem physically.”

As for the competition being held at Benning, Small said they had overwhelming support from leadership, ForceCom, Special Operation Forces, and sister services.

“The benefit of having other sister services is increasing the interoperability. We’re branching out and get to talk to other subject matter experts.”

“It’s a different kind of stress, it’s more fun than I thought it would be,” Orr said. “It’s much more mentally stressful to see your time tick away, as opposed to seeing your target get away while you’re going through the process.”

As previous Sniper instructors, Roman agreed that they know the process, but the time pressure is the most difficult aspect to get used to.

“We’ve taught kids, take your time, check twice, take your shot. But when you’re under pressure, all that stuff almost goes out the window for a split second. You have to check yourself, remember to slow down and remember what we were taught and then engage.” 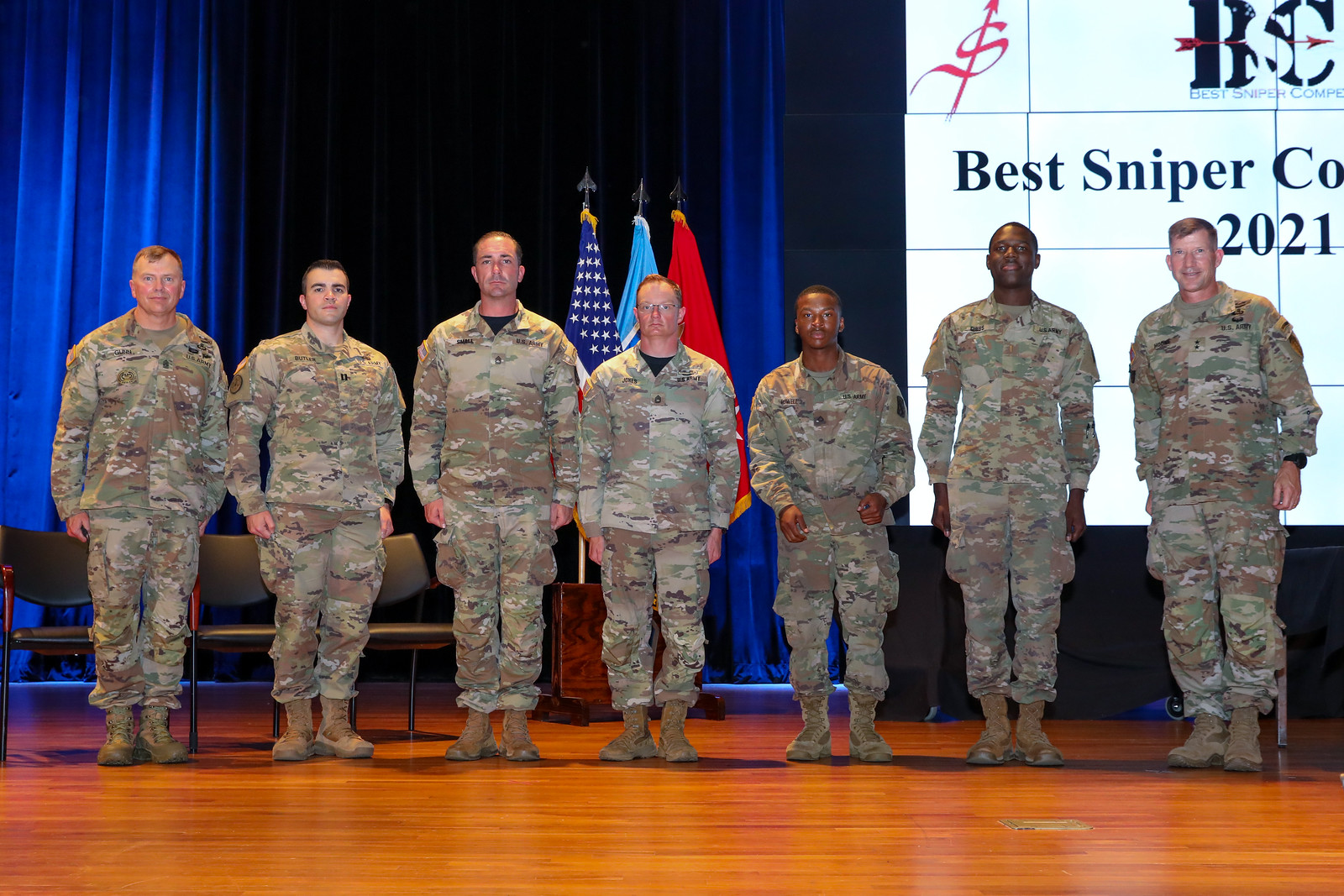 Winners of the event included: