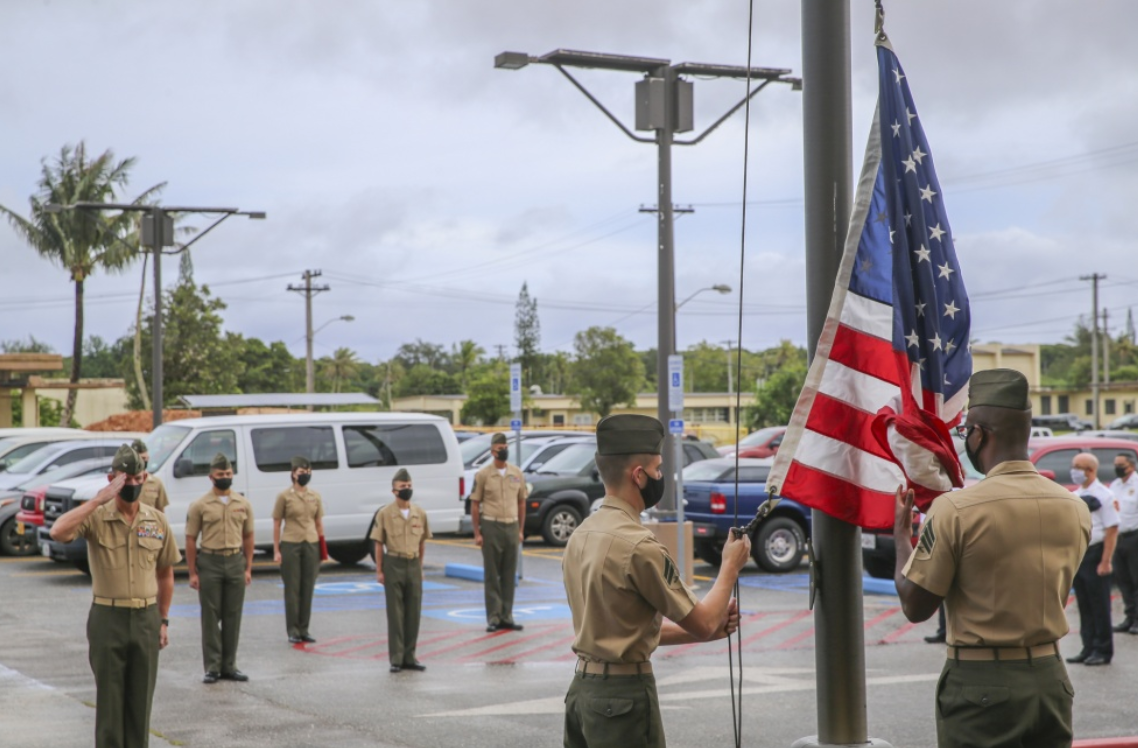 On October 1, 2020, the United States Marine Corps activated its first new base since 1952. Marine Corps Base Camp Blaz will host roughly 5,000 Marines of III Marine Expeditionary Force on the island of Guam. The Marines will relocate from their current station in Okinawa, Japan over the next five years. 1,300 Marines will be permanently stationed at Camp Blaz while the remaining 3,700 Marines will serve as a rotational force.

The new Marine Corps strategy in the Pacific calls for a smaller, more agile and lethal force. “We have to spread out,” said the Commandant of the Marine Corps Gen. David Berger. “We have to factor in Guam.” Camp Blaz will allow the United States to distribute its premiere amphibious fighting force across the Pacific. Operating from Guam, the Marine Corps will be able to respond to a wider array of aggressive actions from China. The People’s Liberation Army Navy (yes, that’s actually what it’s called) is officially the largest navy in the world. While the United States more than doubles the PLAN in tonnage and outclasses it in quality, the threat of numbers cannot be ignored.

Camp Blaz is named for the late Brig. Gen. Vicente Tomas Garrido Blaz, the first Chamorro Marine to reach the rank of general officer. Blaz was born on Guam on February 14, 1928 and lived through the Japanese occupation of the island during WWII. After the war, he attended the University of Notre Dame on a scholarship and commissioned as a Marine officer in 1951.

Over his 29 years of service, Blaz earned the Legion of Merit, a Bronze Star Medal with a Combat “V” for valor, and the Vietnamese Gallantry Cross for his service in Vietnam. Following his retirement from the Corps in 1980, Blaz worked as a professor at the University of Guam. In 1984, he was elected to the House of Representatives as the delegate from Guam. He served in Congress until 1983 when he retired. Blaz died in 2014 and is buried at Arlington National Cemetery.

The new base that bears this Marine’s name solidifies the union between the Corps and the people of Guam. “As the Marine Corps presence on Guam grows, I am confident that we will live up to our motto of honor, courage, and commitment,” said Col. Bradley M. Magrath, Camp Blaz’s first base commander. “We will honor the history of the island of Guam, we will have the courage to defend it, and we will remain committed to preserving its cultural and environmental resources.” The Marine Corps plans to hold a formal activation ceremony in spring 2021.