Ponytails, highlights and more changes coming to the Army grooming standard - We Are The Mighty 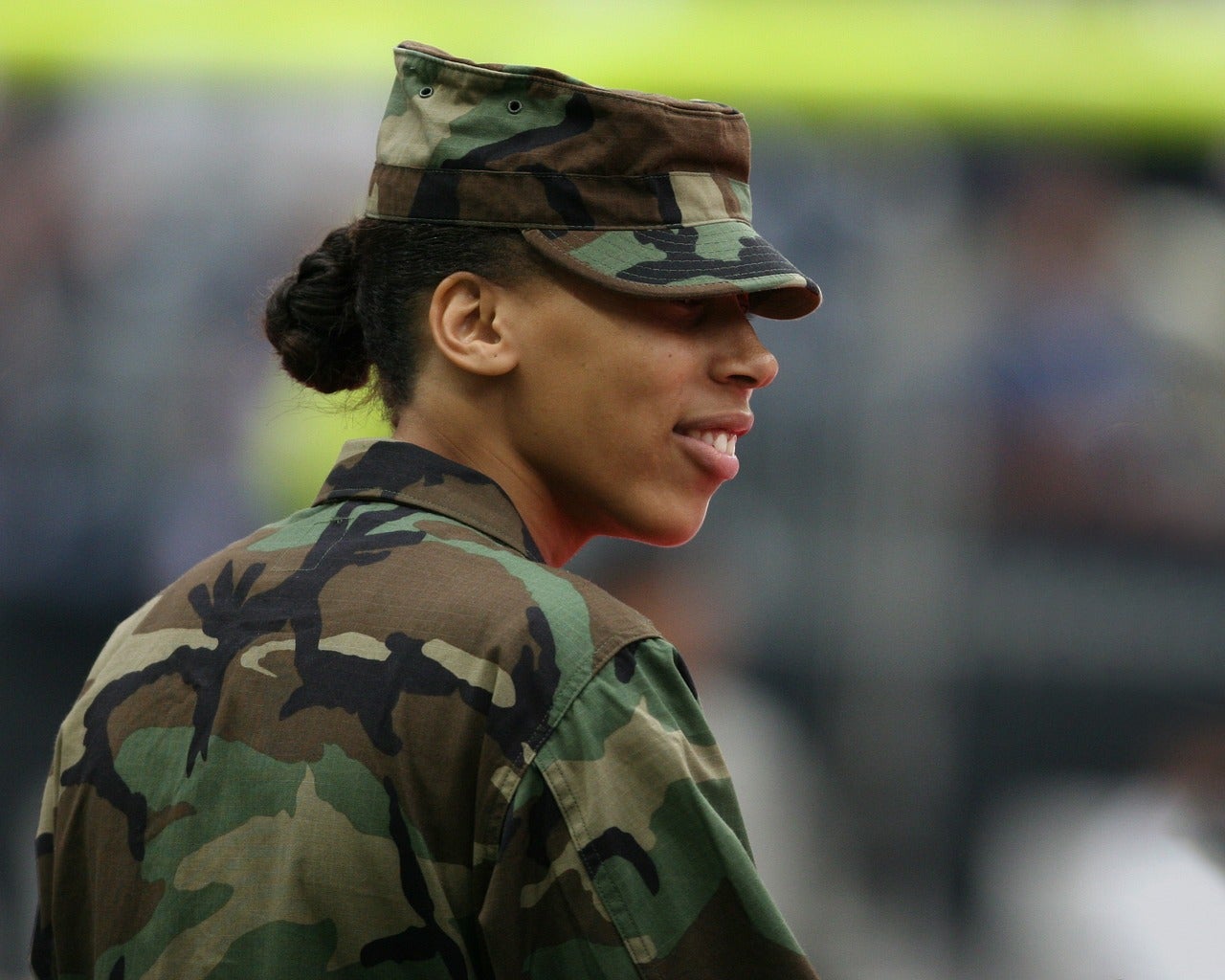 Despite Demi Moore’s depiction in G.I. Jane, many people may be surprised to learn that buzz cuts are not authorized for female soldiers under AR 670-1, Wear and Appearance of Army Uniforms and Insignia. However, more akin to Moore’s appearance, female soldiers like Captains Shaye Lynne Haver and Kristen Griest were required to sport buzz cuts to attend Ranger School at Fort Benning, Georgia. “When female soldiers go through training, such as Special Forces or Ranger, they shave their heads…and when they come out of the course, they’re out of regulation,” said Sgt. Maj. Brian Sanders. “As of right now, the current standard does not allow female soldiers to have their hair lower than a quarter of an inch.” However, new changes are slated to be implemented in AR 670-1 including allowing female soldiers to shave their heads outside of specialized training.

Conversely, women will also be allowed to wear long ponytails during training. The tight buns currently required can make it more difficult for women to properly wear the Army Combat Helmet and can damage the scalp. Regardless of gender, soldiers will be authorized to sport highlights that blend with uniform colors. Men will be authorized to wear clear nail polish and terminology in the regulation that may be offensive like Mohawk, Fu Manchu and dreadlocks, will be replaced with alternative words to make for more inclusive standards.

The changes are the result of a 17-soldier panel that was brought together from different commands to promote diversity and inclusion in the Army. Suggestions were made from across the service and voted on by panel members. According to the Army, the panel consisted of 10 Black women, four white women, one Hispanic woman, one Hispanic man and one Black man.

“Some people don’t like change but that’s just how the world is,” said Sergeant Major of the Army Michael Grinston during a call with the press. “It changes over time and we need to change with it. I’m not going to go into who voted and who said what, but this panel represented our force from all walks of life, and we brought in experts.” In addition to the panel of soldiers, the Army consulted with dermatologists and psychologists to generate the new standard changes. “These things are always going to be hard, and that’s why it was really important for me to get the panel right and trust that they would represent the Army to look at things appropriately, and I think they did,” Grinston added.

The Army is also implementing smaller changes to the standards. Women will be authorized to wear earrings in the Army Combat Uniform, except in field environments where hygiene levels are lower compared to in garrison. Additionally, women will be authorized to wear lipsticks that aren’t “extreme” shades (such as blue, gold or hot pink). “We have soldiers from all walks of life, all 50 states plus the territories, and we have to represent them,” said Lt. Gen. Gary Brito, the Army’s Deputy Chief of Staff for Personnel Issues. “Inclusive grooming standards help to foster our ability to recruit and retain the best talent, whether that’s a new private or an officer coming in.”

In addition to revising potentially offensive wording, the Army is clarifying the standards. Subjective phrases like “at the discretion of the commander” and “professional appearance” were deemed too subjective. They will be replaced with more specific wording like “visual representations, color swatches, and familiarity of hair styles and textures.” The revised version of AR 670-1 will come into effect on February 26, 2021.

What do you think of the new standards? As long as your haircut doesn’t look like these, you’ll probably be fine.