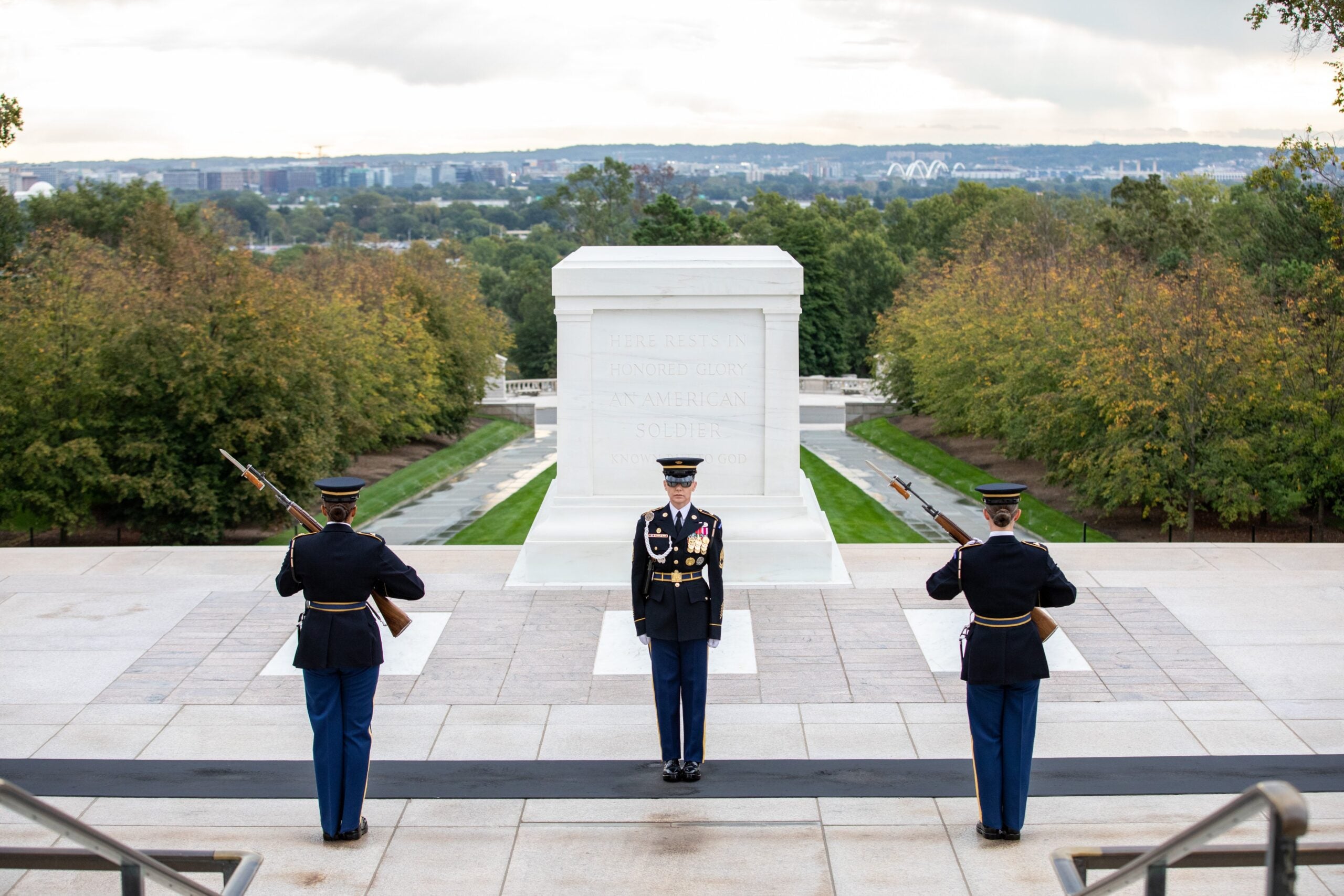 Located in Arlington National Cemetery, Virginia, the Tomb of the Unknown Soldier is the final resting place of fallen, unidentified American service members. On March 25, 1926, the first military guard was posted at the tomb. However, the 24-hour guard that the tomb is known for did not begin until midnight, July 2, 1937. Since then, the tomb has been guarded 24/7 through hurricanes, blizzards and even terror attacks.

On April 6, 1948, the 3rd U.S. Infantry Regiment, known as “The Old Guard,” was designated as the Army’s official ceremonial unit and took on the duty of guarding the Tomb of the Unknown Soldier. Tomb Guards, also known as Sentinels, undergo a strict selection process and intense training. These soldiers are held to the highest standards in guarding their unidentified fallen comrades.

The Tomb Guard marches 21 steps down the black mat behind the tomb, turns, and faces east for 21 seconds. They turn again, face north for 21 seconds, and take 21 steps down the mat. The number 21 symbolizes the 21-gun salute, the highest symbolic military honor. In must be said that, despite their dress uniforms and ceremonial appearance, Tomb Guards are willing and able to drive off would-be intruders who trespass on the hallowed ground.

An elaborate ceremony is conducted to change the guard at the tomb. Presided over by a relief commander, the relieving Sentinel is thoroughly inspected before meeting the retiring sentinel and assuming the guard. For the first time in the 84-year vigil, on the 30,770th day of continuous guarding, an all-female guard change occurred with the 38th Sergeant of the Guard.

On social media, the Old Guard posted, “We commemorate the achievements of these trail-blazing Tomb Guards,” and added that the historic event was a first, but would not be the last. “With diversity in our ranks, race, gender or any characteristics will never hinder, but only enhance the execution of our sacred mission.”