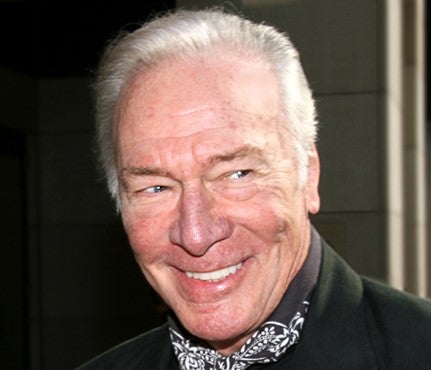 Legendary Canadian actor Christopher Plummer was arguably one of the greatest actors post-WWII. Beginning his career in 1946, Plummer remained an active thespian throughout his life. He is best known for his role as Captain George von Trapp in The Sound of Music. Plummer was also a go-to actor to play historical figures like Arthur Wellesley, 1st Duke of Wellington in Waterloo, Emperor Commodus in The Fall of the Roman Empire, and Kaiser Wilhelm II in The Exception. On February 5, 2021, Plummer died at the age of 91.

Born in Toronto, Ontario on December 13, 1929, Plummer was a direct descendant of Sir John Abbott, Canada’s third Prime Minister. He was inspired to take up acting after watching Laurence Olivier’s Henry V and became an apprentice at the Montreal Repertory Theatre where William Shatner also acted. In 1946, Plummer performed his first role as Mr. Darcy in a school production of Pride and Prejudice.

In 1953, he appeared on television, both Canadian and American, and Broadway. Plummer acted mainly on stage and did not appear on screen for six years after 1958. His return to film was as Emperor Commodus in 1964’s The Fall of the Roman Empire. The next year, Plummer would see his film career soar to new heights with The Sound of Music.

Despite it being his best-known role, Plummer once described The Sound of Music as “so awful and sentimental and gooey.” Aside from working with Julie Andrews, Plummer recounted that he found all aspects of making the film to be unpleasant, going so far as to nickname it “The Sound of Mucus.” Still, he acknowledged the film’s importance in retrospect. “But it was a very well-made movie,” he said in a 2009 interview , “and it’s a family movie and we haven’t seen a family movie, I don’t think, on that scale for ages.”

Classic military film enthusiasts will be most familiar with Plummer for his roles in the war epics Battle of Britain from 1969 and Waterloo the following year. In Battle of Britain, Plummer plays Canadian pilot Squadron Leader Colin Harvey, one of the first allied characters audiences are introduced to. In Waterloo, he takes on the role of the legendary British hero, Field Marshal Arthur Wellesley who ended the Napoleonic Wars by defeating the French Emperor in the titular battle.

Christopher Plummer went on to act through the century and right up to his death. One of his last on-screen appearances was in a 2020 episode of Jeopardy! as a clue presenter. His final movie role is as a voice actor in the yet-to-be-released animated film Heroes of the Golden Masks.

Plummer died peacefully in his home with his wife by his side from complications following a fall. “The world has lost a consummate actor today and I have lost a cherished friend,” said The Sound of Music costar Julie Andrews. “I treasure the memories of our work together and all the humor and fun we shared through the years.” Plummer’s legacy is immortalized on screen in over 100 films and in the hearts and minds of his fans around the world.