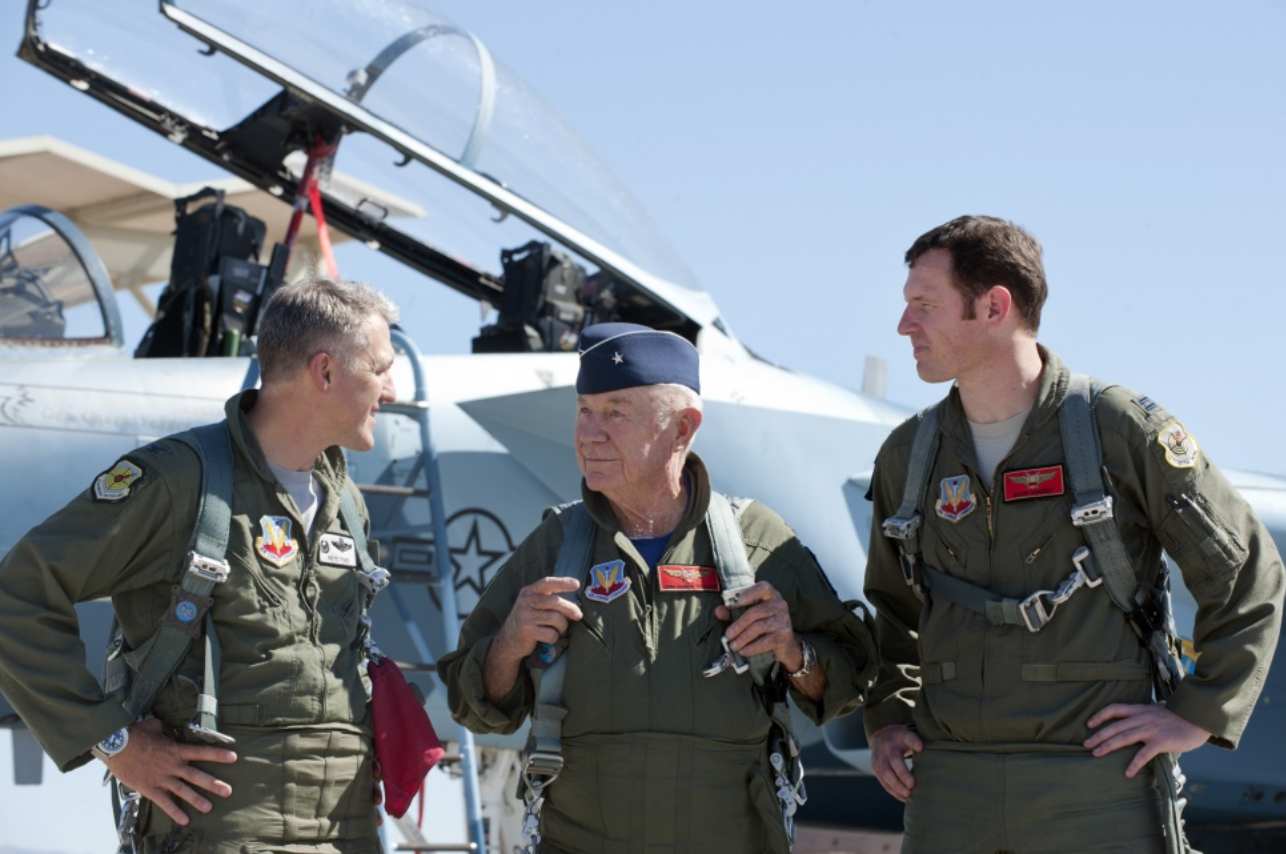 The late, great legend was so much more than just the first human to break the sound barrier. Family man, Air Force officer, dedicated patriot – these are just some of the ways to describe General Chuck Yeager. Throughout his life, Yeager routinely avoided the spotlight and famously said, “You don’t do it … to get your damn picture on the front page of the newspaper. You do it because it’s duty. It’s your job.”

Here are 6 things you didn’t know about him.

You might know that Yeager was born in West Virginia to farmers. When he was 16 and then again when he was 17, Yeager served as a teen at the Citizens Military Training Camp at Fort Benjamin Harrison in Indianapolis, Indiana.

After graduating high school in June, Yeager enlisted in the Army Air Force in 1941. Initially, he planned to become a mechanic but that got boring pretty quickly. Yeager had 20-10 vision and because of the ramp up of WWII, he was accepted to flight school. A year later, he was part of an enlisted pilot training cohort. After graduating, he earned the rank of Flight Officer. That’s the WWII Air Force equivalent of Warrant Officer.

In his earliest days of flight school, Yeager infamously hit a tree in a field while on a P-39 training flight. That mistake grounded him for a week, which for Yeager, was probably a really long seven days.

When he finally got his wings and was cleared for combat, there was no stopping Yeager. During his eight combat mission, his P-51 was hit by German fire and he had to bail out into occupied France. Injured, cut off from his unit, and absolutely enraged, Yeager was rescued by the French. In return for them saving his life, he taught them how to make bombs.

Then, when he just happened to be in the right place at the right time, Yeager helped save a pilot’s life by amputating his injured leg with a penknife. Unwilling to leave the pilot alone, Yeager hoisted him onto his back and carried him over a mountain range until they reached neutral Spain.

For most people, that would be enough combat and they’d be happy to return home. Not Yeager, though. After mandatory R&R time in England, Gen. Eisenhower cleared him to return to combat. His first day back, Yeager hit five enemy aircraft in the same day, earning him the coveted fighter pilot status, “Ace In A Day.”

Throughout his career in WWII, Yeager shot down 11 full enemy aircraft and one half of an aircraft (the half aircraft credit was because a fellow pilot helped assist him).

Once the war ended, Yeager found himself twiddling his thumbs and looking for some new kind of adventure.

Two days before his test flight, Yeager fell off a horse. He was unable to get medical treatment, so he had a veterinarian tape his ribs together. Then, when he realized he couldn’t close the hatch on his aircraft, he had his buddy rig a broom stick so he could close the door.

During the 1953 flight, his aircraft, the X-1A started to spin out of control. It dropped to less than 24,000 feet in less than a minute. Despite his flight helmet cracking the roof of the aircraft, Yeager was undeterred. In an archival recording, he can be heard calmly stating his attitude level.

By 1962, Yeager was a colonel. He was the first commandant of the Air Force Aerospace Research Pilot School – the same school that produces the first round of astronauts for NASA.

Later, and true to his nature, Yeager would say that his maneuvering during 1953 was just part of what he trained for. Never one to seek the spotlight, it wasn’t until the 1983 movie that the general public learned of his contributions to aviation. The movie received eight Oscar nominations and won four.

In 1975, Yeager retired as a Brigadier General after serving 33 years of active duty.

Sixty five years to the day after breaking the sound barrier, Yeager did it again – this time riding in the back of an F-15.

Yeager’s contributions to aviation, his commitment to duty, honor, and country, and his unfailing bravery will always be remembered.