Coast Guard rescues Cubans on deserted island - We Are The Mighty 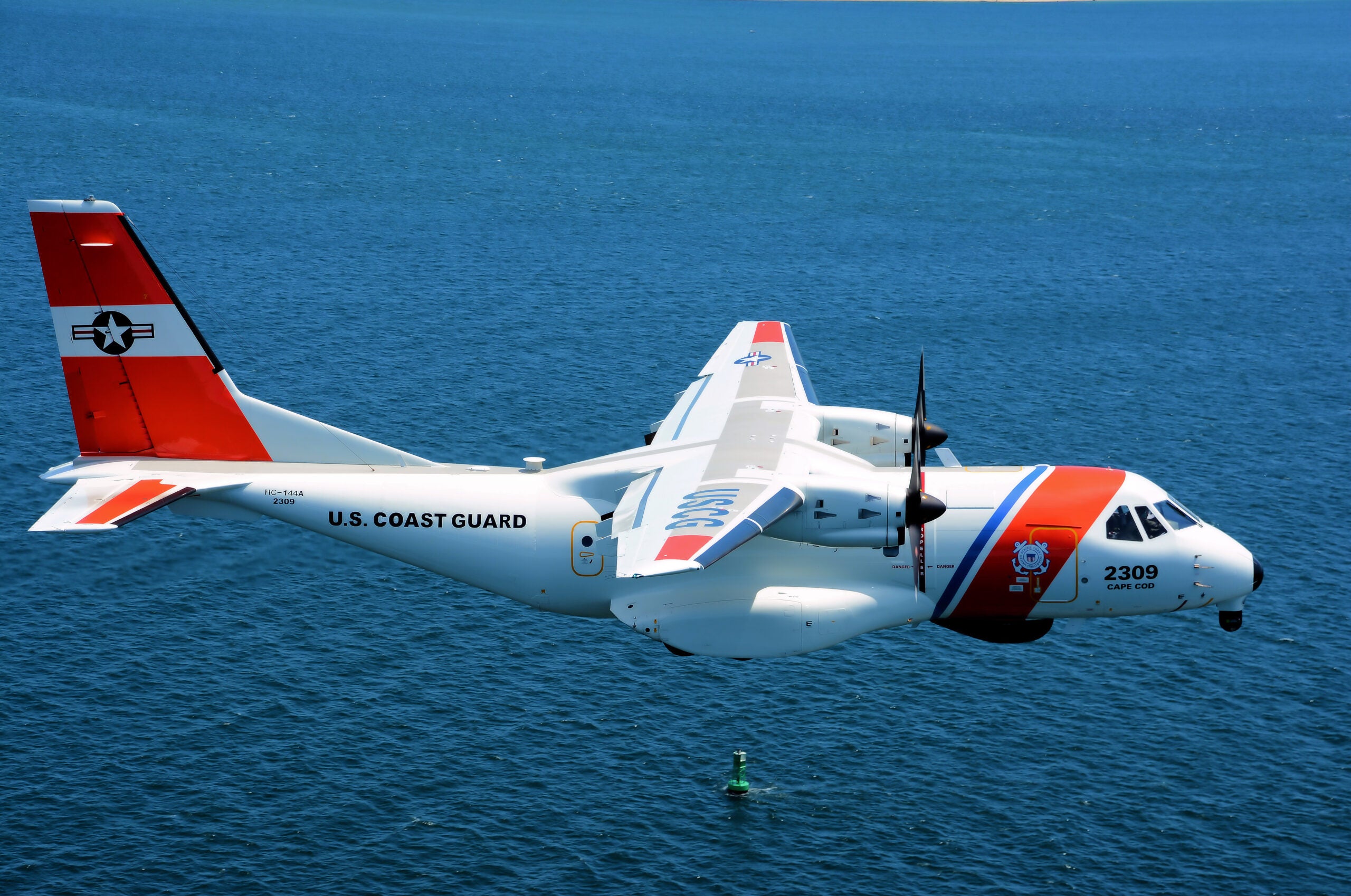 After 33 days stranded on a deserted island, three Cuban nationals were rescued by the United States Coast Guard.

After losing their boat when it capsized, the two men and a woman swam to a nearby island. Far from any kind of civilization, they became stranded on the remote island for 33 days. The Coast Guard pilot flying a HH-144 Ocean Sentry plane from Air Station Miami saw them waving makeshift flags down below as they were patrolling the area.

Lieutenant Riley Beecher was first on scene. He shared that it was a normal patrol and he was flying at around 500 feet, until he saw something flickering in the distance. Beecher quickly told the crew he wanted to turn back around to get a better look. “We dropped down to about 200 feet and low and behold, there was a flag waving. As we got closer, two people came out waving their hands trying to get our attention showing that they were in distress,” he explained.

The crew signaled that they saw the people and then radioed back to their command center. They were directed to drop a radio, water and food. “We didn’t have any Spanish speakers unfortunately but in my broken Spanish I was able to ask where they were from, how many people were there, how long they’d been there and if there were any medical concerns. They were pretty relieved,” Beecher said.

He was due back to Miami and was unable to do much else. But Beecher was quickly replaced by Lieutenant Justin Dougherty, flying in with another crew who had two Spanish speaking Coasties on board. “The plan for us was to get on scene and establish communications with them. We were really concerned about their medical state,” Dougherty said, adding that it was essentially a miracle that Beecher had found them at all. “It was tough to see even though we knew exactly what we were looking for. It was unbelievable.”

Unfortunately, they were unable to immediately rescue the stranded Cuban nationals. “Being a fixed wing aircraft, we can’t do a water landing. We also can’t hover so the most we could do was drop them supplies,” Dougherty shared. The island was also just out of range for their helicopters in Miami. But more help was on the way.

The command at Miami began communicating with Air Station Clearwater and the Coast Guard Cutter William Trump out of Key West was headed their way in the meantime. “We dropped them another radio…bottled water and some MREs,” Dougherty said. They also gave them signaling devices and life vests. “We let them know someone would be there to pick them up whether it was a Coast Guard boat in the morning or a helicopter sometime in the evening.”

When Coast Guard Pilot and Lieutenant Mikel “Mike” Allert arrived on scene, there were piles of shells were clearly visible next to the makeshift flags. Although the national news media reported that the Cuban nationals had been surviving on coconuts, that wasn’t true. It was confirmed that they were sustained on conchs and rats, according to Allert. “They also had a makeshift cross that they had made with driftwood,” he shared. With no where safe for them to land near them due to the narrowness of the island, they made the decision to hover and launch a rescue swimmer.

“He assessed them medically because he is a qualified EMT and his assessment showed that they needed to go to a hospital. They were showing obvious signs of fatigue, dehydration and they were relatively gaunt for being out there for that extensive period of time,” Allert explained.

All three pilots expressed their awe in the survivors. “The fact that they had been there for 33 days on the sheer willpower to live is impressive,” Beecher said.

“Thanks to our aircrews diligently conducting routine patrols, we were able to spot people in distress and intervene,” said Sean Connett, Command Duty Officer at Coast Guard Seventh District said in a press release. “This was a very complex operation involving asset and crews from different units, but thanks to good communication and coordination between command centers and pilots, we were able to safely get everyone to a medical facility before the situation could worsen.”

“As Coast Guard operations go, it just goes to show the coordination involved in utilizing these assets all across the state,” Allert said. “We were fortunate to find them and blessed to be able to go pick them up.” Although this case definitely got a lot of media attention, much of what occurred is just a normal day in the life of a Coast Guardsman, always ready for any and everything.