‘Godzilla vs Kong’ trailer pits two legendary heroes against each other 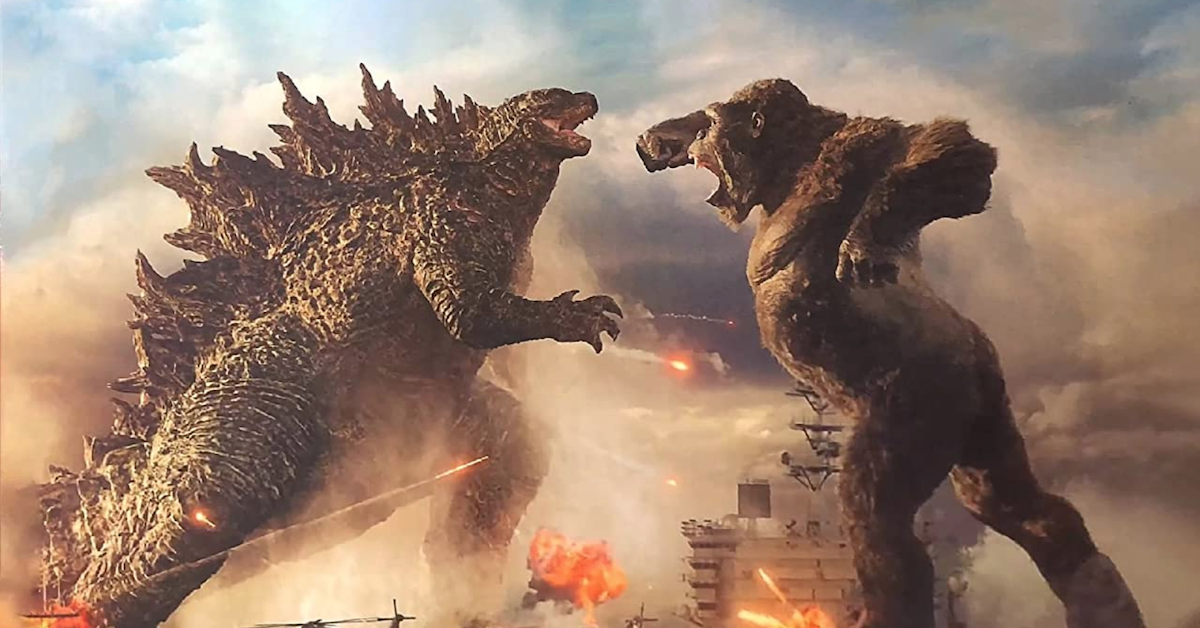 “These are dangerous times. Godzilla is out there hurting people and we don’t know why,” announces Coach Taylor Kyle Chandler. While both Godzilla and King Kong are normally good guys (albeit dangerous and destructive good guys), we’re going to see what has prompted The Zill to attack in the latest trailer.

“There’s something provoking him that we’re not seeing here,” observes Stranger Things’ Millie Bobby Brown. When two heroes clash, there’s always a reason. The trailer hints at a war while lore suggests an ancient evil. Check it out to get your first glimpse at the latest monster-clash.

These are hard times. Watch the Godzilla vs. Kong trailer. Treat yourself.

“Legends collide in Godzilla vs. Kong as these mythic adversaries meet in a spectacular battle for the ages, with the fate of the world hanging in the balance. Kong and his protectors undertake a perilous journey to find his true home, and with them is Jia, a young orphaned girl with whom he has formed a unique and powerful bond. But they unexpectedly find themselves in the path of an enraged Godzilla, cutting a swath of destruction across the globe. The epic clash between the two titans—instigated by unseen forces—is only the beginning of the mystery that lies deep within the core of the Earth.”

In 2017, we saw an adolescent Kong in Kong: Skull Island where he was about 104 feet — his largest height to date. Now, he’s Godzilla-sized (almost 400 feet) and ready to throw some punches.

Remember, Skull Island took place in the 70s. According to producer Mary Parent (a producer in both the Kong and Pacific Rim franchises), Kong has had time to grow. “Kong’s god on the island, but the devils live below us,” said John C. Reilly’s Skull Island character. “You don’t want to wake up the big one.”

“There was a war and they’re the last ones standing,”

If you need a refresher, here’s a quick one-liner since the 2014 Godzilla reboot (spoilers for recent Godzilla and Kong films ahead):

Kong: Skull Island (2017 film): In 1973, a U.S. government-operated mission to search for primeval creatures on Skull Island reveals Kong, the last of his kind, who protects the island from predators including T-Rex and Skullcrawlers, subterranean reptilian creatures. The team dissolves when one faction tries to kill Kong while the other recognizes his intelligence and good nature. A Skullcrawler awakens, but Kong destroys him while the survivors flee, leaving Kong behind.

Godzilla: King of the Monsters (2019 film): Terrorists awaken “Titans” like Rodan and the three-headed “Monster Zero” in order to destroy humans and heal the earth from their destruction. “Monster Zero” turns out to be King Ghidorah, a prehistoric alien seeking to terraform Earth. He awakens other Titans around the planet. Meanwhile, Mothra — one of Godzilla’s traditional allies — emerges and helps Godzilla defeat Ghidorah through her sacrifice. The remaining Titans then bow to Godzilla, while the end credits show the Titans helping to heal the planet and ancient cave paintings of Godzilla and Kong in battle.

The next chapter will debut in theaters and on HBO Max on March 26, 2021. The trailer makes it pretty hard not to watch.