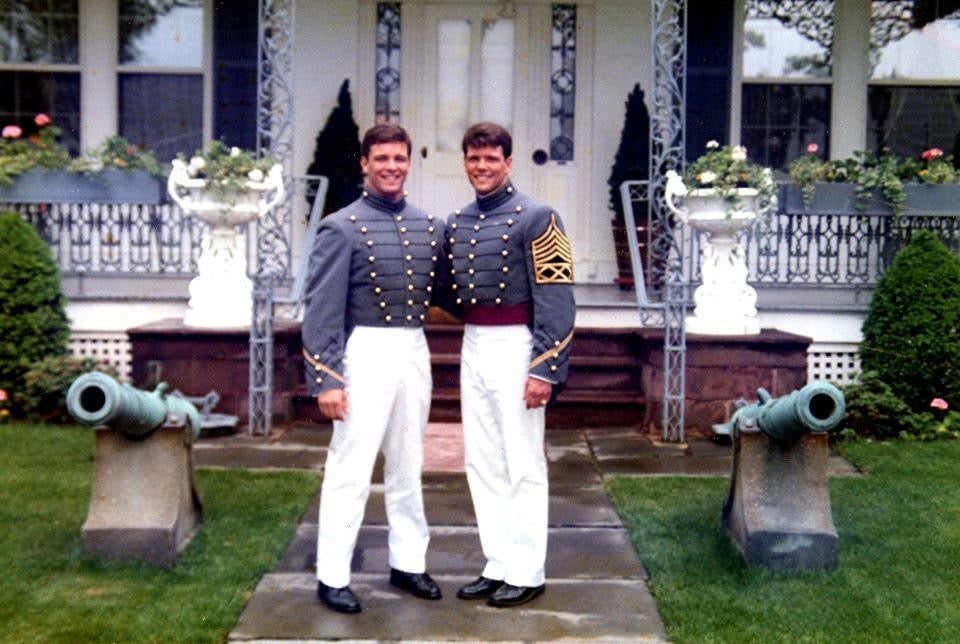 Salute to Service is a year-round effort spearheaded by the NFL and USAA to Honor, Empower and Connect our nation’s service members, veterans and their families. The Salute to Service Award presented by USAA recognizes the exceptional efforts by members of the NFL community who have gone above and beyond to honor the military community.

A United States Military Academy graduate and former U.S. Army 1st Lieutenant, Cannon was captain of both the football and wrestling teams at Ramapo High School in Wyckoff, New Jersey, earning All-State honors in football and All-County honors in wrestling. He lettered two years in wrestling at the United States Military Academy and scored a perfect score on every Army Physical Fitness Test for four years. Leading into his senior year, he was selected to lead Cadet Basic Training and later earned the position of Cadet Regimental Commander for 4th Regiment, placing 1,000 cadets under Cannon’s leadership.

Cannon, who graduated with honors and received his bachelor’s degree in economics from West Point, passed U.S. Army Ranger School and officer training before being assigned to the 2nd Armored Cavalry Regiment along the West German-Czech border. He was on the border when the Cold War ended in 1989.

WATM: This isn’t your first time being recognized. Last year, you were a finalist, too. Other than your prior service, what motivates you to help your fellow veterans and what does winning the Salute to Service award mean to you?

SC: Well, it is personal to me. I lost my brother to PTSD. I serve on the board of TAPS, which is a network of people that takes care of those who are left behind. I also had a West Point classmate, John McHugh, who made the ultimate sacrifice when he was killed by a suicide bomber in Afghanistan. I am on the board of the Johnny Mac Soldiers Fund which was set up in his honor. So far, we raised over $28 million to help take care of children of the fallen.

It has been 30 years since I have taken off the uniform, but we still have obligations to help those who served.

WATM: Tell us about the USO tour the Falcons went on (the first NFL team to ever do that). What about that tour do you think really resonated with the military?

SC: It was amazing that we got to do it. Going over there to Iraq, in harm’s way in 110 degree heat and seeing all the soldiers there really was amazing. We took our coach (Dan Quinn), several players and a couple of cheerleaders. It really gave us perspective to see how our troops were over there.

We were really blown away by how grateful they were to us. They were really happy we came all the way out there, but the gratitude they had toward us for coming was so impressive. I mean, we were the ones who were grateful. Here these men and women are out here protecting us, and they are thanking us for being there? It was really humbling. And, it speaks more to the Falcons franchise. Four out of the last five winners of the Salute to Service award winners were from the Falcons. I am really proud of that.

It is a big problem here in Atlanta, and I am often troubled that so many can go from serving in the military and they fall through the cracks and go to sleeping under a bridge. When you see veterans under a bridge in the wintertime, you have to do something.

Veterans Empowerment Organization (VEO) is a group that is doing amazing work in Georgia to tackle that problem. They do everything from getting out from under those bridges, giving comfort, helping them find jobs and helping address any mental health concerns. We were proud to partner with them. It’s the right thing to do.

WATM: Tell us about your time in the service. How did serving in the military shape your career path?

After I graduated from West Point, I was an artillery officer and got to go to Ranger School. But then I ended up being stationed in Europe during the Cold War. I was doing border patrol duty and I was right on the Czechoslovakian border when the Iron Curtain came down. To be right there, at that point in history was pretty amazing. But being a lieutenant, I learned that it was about service to the organization first. I wasn’t going to go anywhere telling people I was the boss and they had to do what I said. I had to serve first and that’s what led me to make the decisions I did. And I still do. The importance of servant leadership is a lesson I will take with me always. I have been a CEO (for both AMB Sports and Mercedes Benz USA before that) and a lot of the decision making steps I make come from the time in service.

WATM: Last question. You are a West Point guy.  How do you feel now that Army finally has the upper hand on Navy in football?

SC: [Laughs] It feels good for once. Things are finally correcting themselves like they should. There was that 14-year span where things didn’t go so well, but to win four out of the last five means a lot, especially when talking to Navy guys. A few of them got really high and mighty during their win streak so it’s good to finally have the upper hand.

The annual Salute to Service Award is presented during Super Bowl week and recognized at the NFL Honors awards show the night before the Super Bowl. Teams submit nominations in October, which are evaluated by a panel of judges based on the positive effect of the individual’s efforts on the military community, the type of service conducted, the thoroughness of the program and level of commitment. Steve Cannon will officially receive the award during the NFL Honors broadcast on Saturday night. USAA, a leading provider of insurance and other financial services to U.S. military members, veterans and their families, will contribute $25,000 in Cannon’s honor to the official aid societies representing all five military branches. The NFL Foundation will match USAA’s donation of $25,000, which will be donated to Cannon’s military charity of choice and Atlanta Falcons’ owner, Arthur M. Blank, will also match with a $25,000 donation from the Arthur M. Blank Family Foundation.