WATCH: Florida Goodwill sews uniforms for Army soldiers - We Are The Mighty 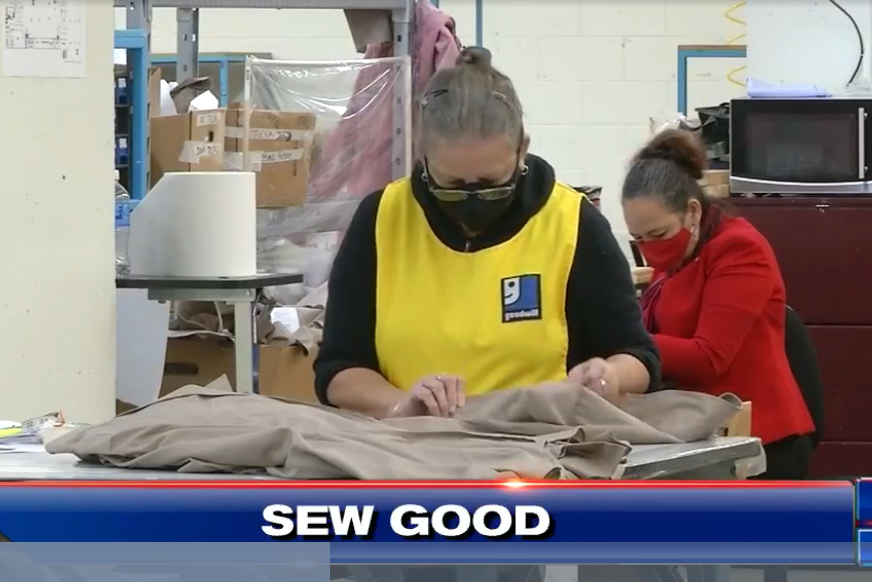 Making uniforms for Army Soldiers isn’t just for the big clothing manufacturers anymore. Now, there are others on the job, including 100 Goodwill employees in South Florida. Back in 2018, the Army decided on a new dress uniform. Of course, we all know this change was just one of many that the Army has instituted over the years. The latest iteration of Army uniforms is a vintage style that resembles those of World War II. As of early 2021, they are finally turning from vision into reality. They’re called the Army Green Service Uniforms (AGSU) and they’re coming to a post near you – soon.

But as we all also know buying new uniforms ALL THE TIME can get expensive — like really expensive. A recent trip to Clothing and Sales for a price check showed that outfitting yourself in the Pinks and Greens is going to cost about $650 with alterations. YIKES. So for those of us that don’t want to shell out that kind of dough, here’s an alternative.

Sewing their way into the hearts of US Soldiers

The Goodwill employees in South Florida on the job are honored to be a part of the making of these uniforms. Walter Anderson says he feels like it’s a privilege to participate in the military process in any way he can. He knows Soldiers put their lives in danger for America. So, he’s happy to do what he can to reciprocate their service. In this case, that means sewing their new uniforms.

Goodwill’s vice-president of manufacturing Edward Terris noted that the workers feel a strong connection being able to do their part with something tangible to support the troops. Sewing the uniforms is an additional way to show their patriotism beyond just being a patriotic person.

Giving back to the military just feels good

Terris also brought up the fact that Goodwill hires many people with employment barriers and disabilities. For these populations, having the chance to do work they truly find meaningful is really important in building confidence and feeling pride in what they do. They will be able to walk away from this experience knowing they contributed and made a difference on a national level.  Giving back to the US Military, knowing your work is of service to them, is no small feat for anyone.

Their Goodwill is going global

The Goodwill employees of South Florida are in the process of making 1,000 shirts and 300 hats for both the men and women of the US Army. As they finish batches of uniforms, they ship them out across the US. They will complete their sewing work by the end of February 2021.