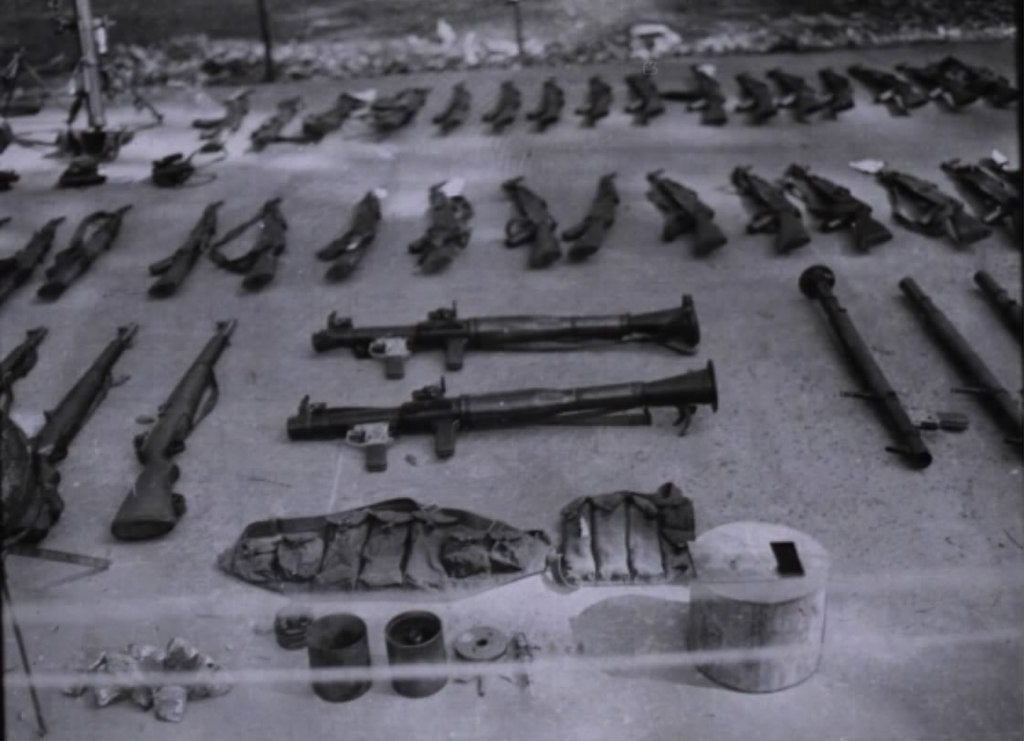 weapons captured by the 2nd Battalion, Royal Australian Regiment, from 25 Jan to 28 February 68 during Operation Coburg displayed at Nui Dat.

Not many remember the Australians’ commitment to aiding the United States in Vietnam, but the Aussies were there, and they sent their best. Australia’s best troops included their very own Special Air Service, special operators in the mold of Britain’s SAS, formidable fighters capable of bringing the enemy’s method of irregular warfare right back home to Hanoi.

The Aussies weren’t content with the M-16, for a number of reasons, so they opted instead to do a little frontier mechanical work on their weapons. The end product became known as “The Bitch.”

When the M-16 first took over for the M-1 Garand as a standard-issue infantry weapon, the result was less than stellar. It jammed. A lot. Frustrated troops began leaving their M-16s at home and using AK-47s captured from the enemy instead. The Aussies preferred a weapon that worked. Even after the weapon was updated to fix its issues, the Australians still opted for a different solution. They liked how handy the M-16 could be, but they wanted the stopping power of a 7.62 round.

But the barrel of the S1A2 self-loading rifle was so heavy… what to do?

The Australian special operators lopped that heavy barrel and its tripod off at the end of the gas block. Then, the MacGuyvers from Down Under fashioned special flash suppressors for the new muzzle for those who wanted it. For those who didn’t, they just left the weapon without any kind of suppression at all. The new, shorter barrel was louder and produced a much bigger bang for the buck.

They wanted the Communists to know who was pulling the triggers and raining death on their Ho Chi Minh Trail parade. If that weren’t enough, sometimes the operators would put a pistol grip on the end so they could control the weapons in fully automatic settings. Others preferred a grenade launcher attachment.

Fun was had by all.