Aerial gunner, Loyce Edward Deen, was buried at sea inside his aircraft 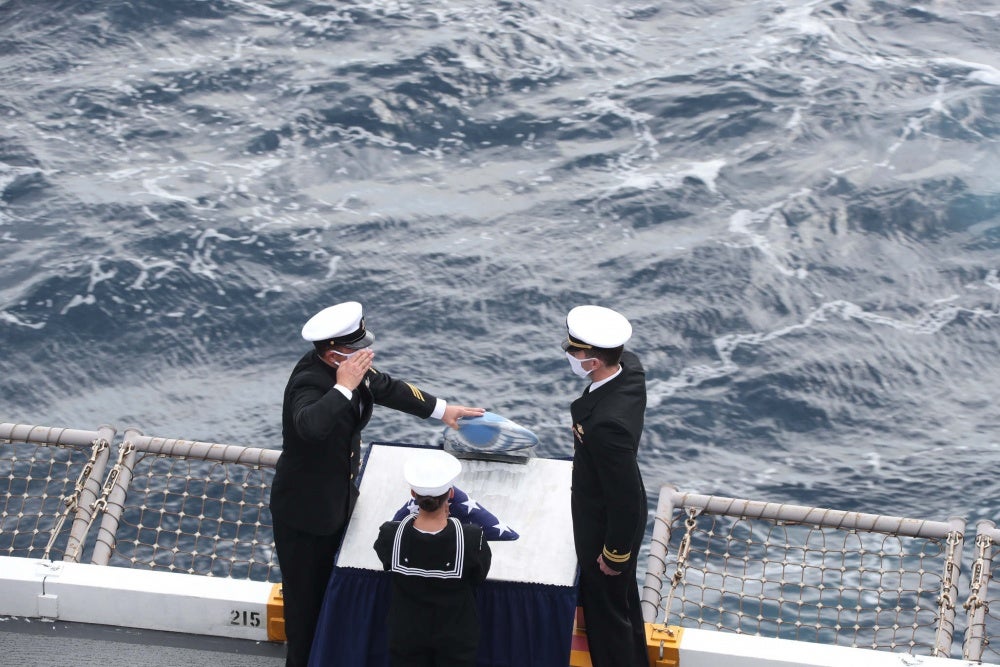 Only once in the history of the U.S. Navy was an aviator buried at sea inside his airplane. Loyce Edward Deen was so shot up by Japanese anti-aircraft fire, his shipmates decided to keep him forever in his TBM Avenger as they bid him fair winds and following seas.

Deen joined the Navy in 1942, less than a year after the attack on Pearl Harbor. His first combat duty station was on the USS Essex. He was injured in the 1944 Battle of Leyte Gulf but instead of recovering on a hospital ship, he opted to stay with his crew, pilot Lt. Robert Cosgrove and radioman Digby Denzek.

Just after Leyte Gulf, Deen was a turret gunner on a torpedo bomber during the Battle of Manila.  The 23-year-old Oklahoma native was decapitated by Japanese flak, killing him instantly.

Cosgrove flew their heavily-damaged plane for two hours, all the way back to the Essex. By the time they returned to the carrier, Cosgrove’s Avenger was damaged beyond repair. The decision was made to bury Aviation Machinist Mate 2nd Class Loyce Deen in the aircraft rather than try to remove his remains.

Deen hadn’t even been in the Pacific Theater for a full year.

The U.S. Navy video below captured his burial ceremony: