Meet the only woman to fly a solo space mission 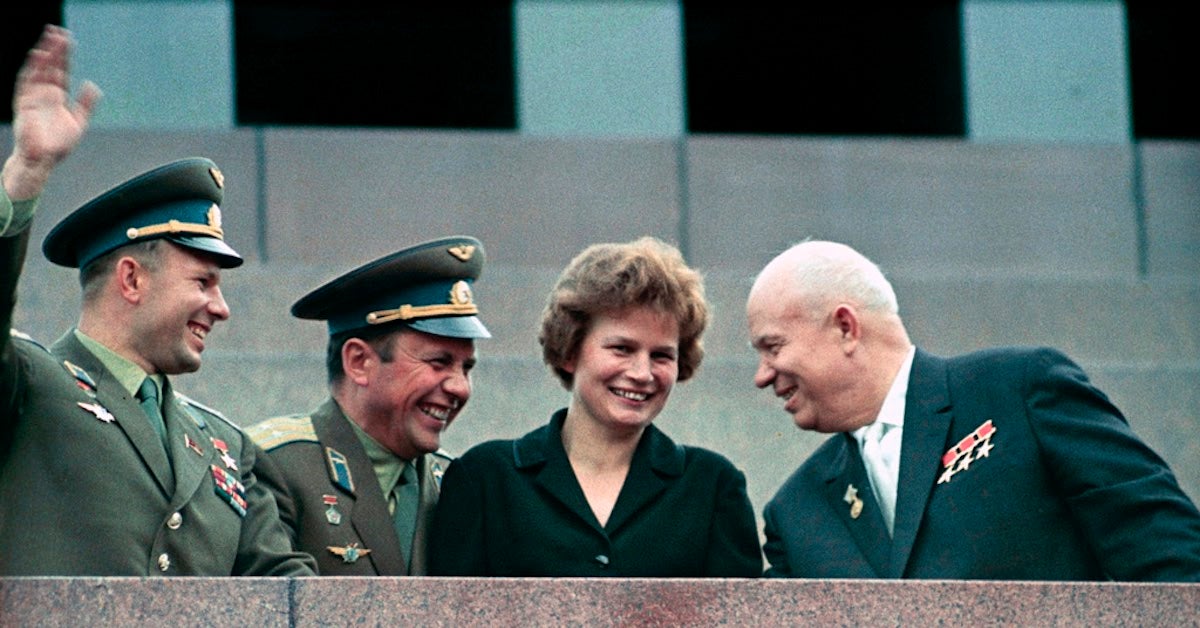 And she ain’t American…

“First, I believe that this nation should commit itself to achieving the goal, before this decade is out, of landing a man on the moon and returning him safely to the Earth.” — President John F. Kennedy, May 25, 1961

The 1960s would take space exploration from a dream to a reality as the Space Race pitted the United States against their Cold War antagonist the Soviet Union. While the U.S. would indeed meet JKF’s goal (though he wouldn’t live to see it) and, as a bonus, beat the Soviets to the moon, there was one critical way the Americans fell behind: including women in the space program.

Sally Ride, the first American woman in space, wouldn’t make her first space flight until 20 years after the Soviets sent women into space.

Valentina Tereshkova caught the attention of the Soviet cosmonaut program because of her interest in parachute jumping at a young age. She was one of four women selected to be trained for an elite woman-in-space program, and of those four women, she was the only one to complete a space mission. On June 16, 1963, Tereshkova was launched aboard Vostok 6, becoming the first woman to fly in space.

During her 70.8 hour flight, she made 48 orbits around the Earth, and still today she remains the youngest woman to fly in space (she was 26 years old) and the only one to fly a solo space mission.

After her Vostok mission, she never flew again.

Vostok 6 capsule on temporary display in the Science Museum, London in 2016. (Image by Andrew Gray)

She was honored with the title Hero of the Soviet Union and, later that year, she married astronaut Andrian Nikolayev. Their daughter Elena, was a subject of medical interest because she was the first child born to parents who had both been exposed to space. Elena grew up to be a healthy adult and became a doctor, but the effect of space travel on the human reproductive system remains of keen interest to scientists as humans plan deeper excursions into space.

Tereshkova became a spokesperson for the Soviet Union, for which she received the United Nations Gold Medal of Peace. She remains active in Russian politics and on March 6, 2021, she celebrated her 84th birthday.