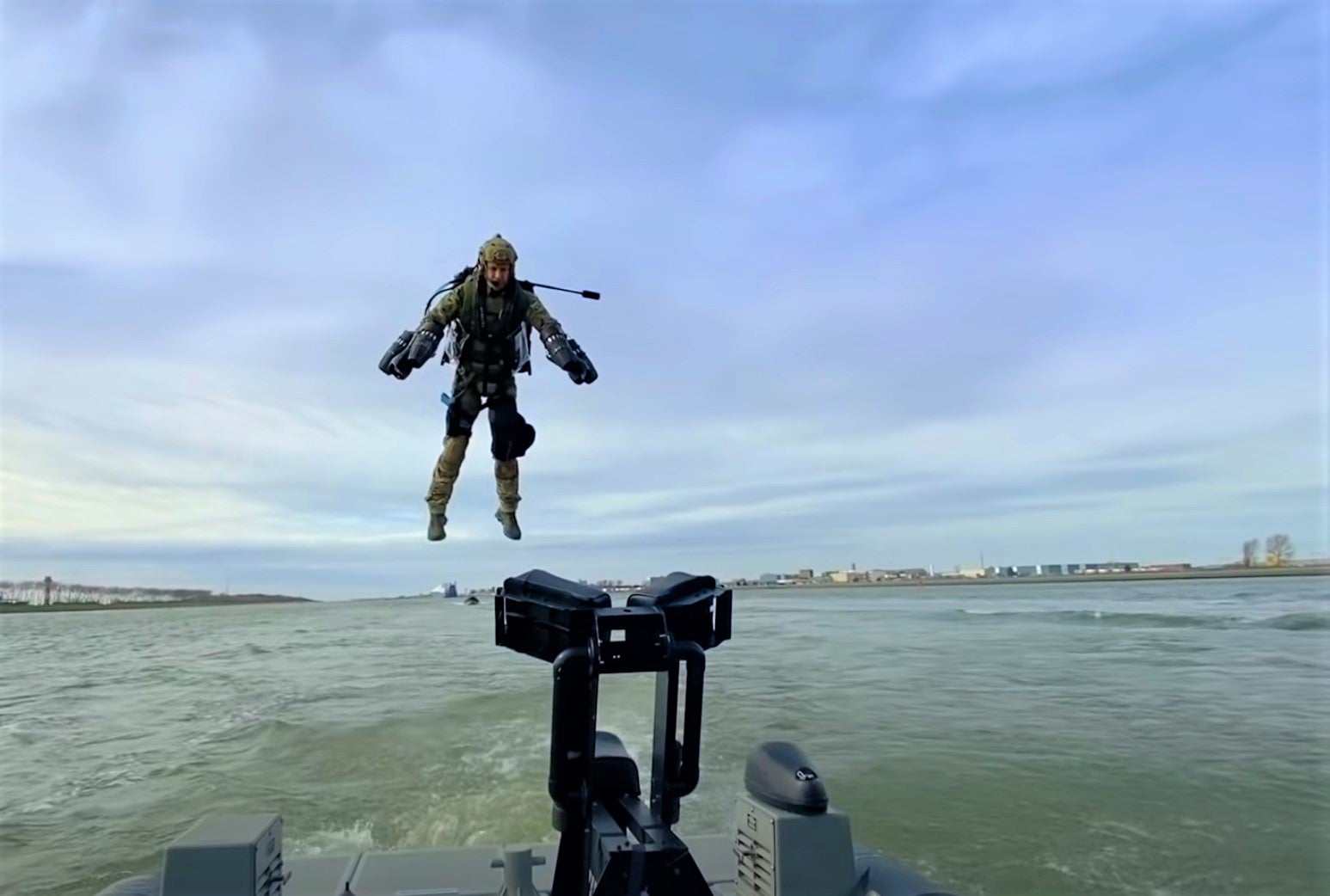 From James Bond to Tony Stark, fictitious characters have inspired the idea of jetpacks and personal flying suits for decades. The technology has progressed exponentially in the 21st century. Defense departments and contractors around the world are developing personal transportation equipment to give individual soldiers an unprecedented increase in maneuverability on the battlefield.

Gravity Industries partnered with the Netherlands Maritime Special Operations Force in a practical test of its new Gravity Jet Suit. Using 1050bhp of thrust, the suit enables the assaulter to easily and precisely board an underway ship from the air. Normally, troops have to pull alongside in a boat or fast-rope from a helicopter. Four mini jet engines and a healthy dose of human balance from the operator allow for an incredible combination of speed and control. In fact, the system won Gravity a 2019 Guinness World Record for “fastest speed in a body controlled jet engine powered suit.”

As the technology develops and improves, so too does the application of the jetpack on the battlefield. In addition to underway boardings, jetpacks could provide enhanced capabilities to a number of different combat roles. Scouts could move quickly across the battlefield to locate and report on enemy troop composition and disposition. Airborne troops could be inserted with greater precision and survivability by flying onto a drop zone rather than falling. As with other military technologies like the internet and GPS, it would only be a matter of time before jetpacks became part of everyday civilian life too.