Watch this rarely seen footage of the assault on Hamburger Hill 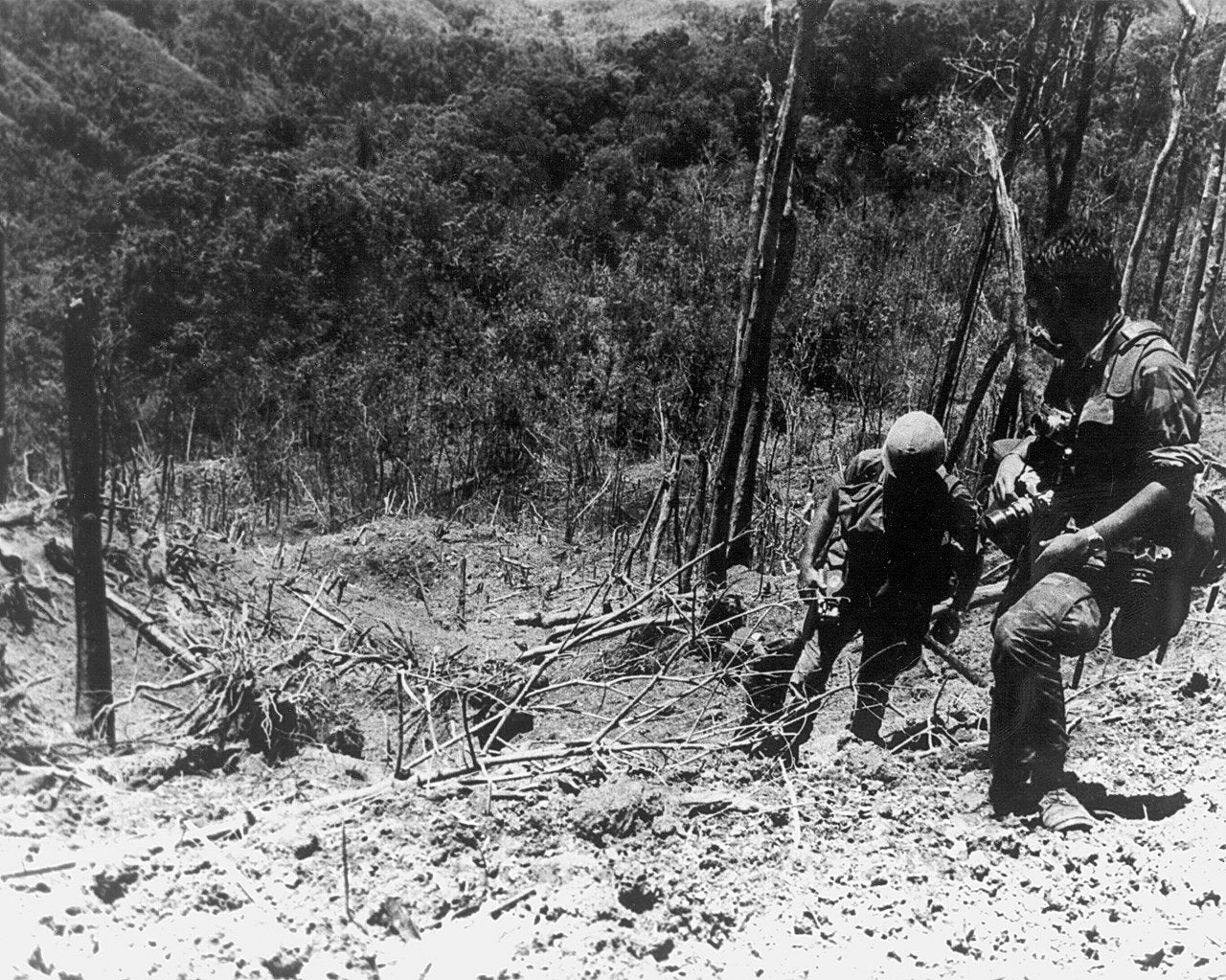 A U. S. Army Photographer and assistant climbing through the devastated landscape on Dong Ap Bia after the battle. (Melvin Zais Photograph Collection). (Photo Credit: USAMHI).

Hamburger Hill, also known as Hill 937, was a 10-day battle that was considered one of the bloodiest campaigns of the Vietnam war. The battle resulting in over 400 U.S. casualties and sparked controversy back home.

Dubbed Operation Apache Snow, the mission was to disrupt the North Vietnamese from penetrating Laos and cutting them off from access to the key cities of Da Nang and Hue.

General Melvin Zais, the commander of the 101st Airborne Division, ordered allied forces to commence an assault on a well-fortified North Vietnamese 29th Regiment on May 10, 1969.

The hill was considered by many not to have any real significant military value.

Related: Rarely seen footage from the Battle of the Bulge

Both sides took heavy casualties during the fighting in the Ap Bia mountains, which includes heavy airstrikes, massive waves of artillery bombardments, and nearly of a dozen ground assaults. Most of the battle took place during the Vietnamese monsoons.

At one point, reports indicated a friendly-fire incident involving U.S. troops and the gunships that were meant to provide air support.

The battle that took place at Hill 937 was referred by reporters covering the story as “Hamburger Hill.” After the 10 brutal days of fighting, allied forces successfully secured the hill.

Unfortunately, just five days after the U.S. claimed victory on the hill, troops abandoned the remote location, forcing many to wonder why so many died to take a hill that was abandoned shortly after victory.

The bloody attack was recreated and brought to the big screen in 1987’s “Hamburger Hill” directed by John Irvin.

Check out History Channel’s video to see this intense Vietnam war combat footage for yourself.