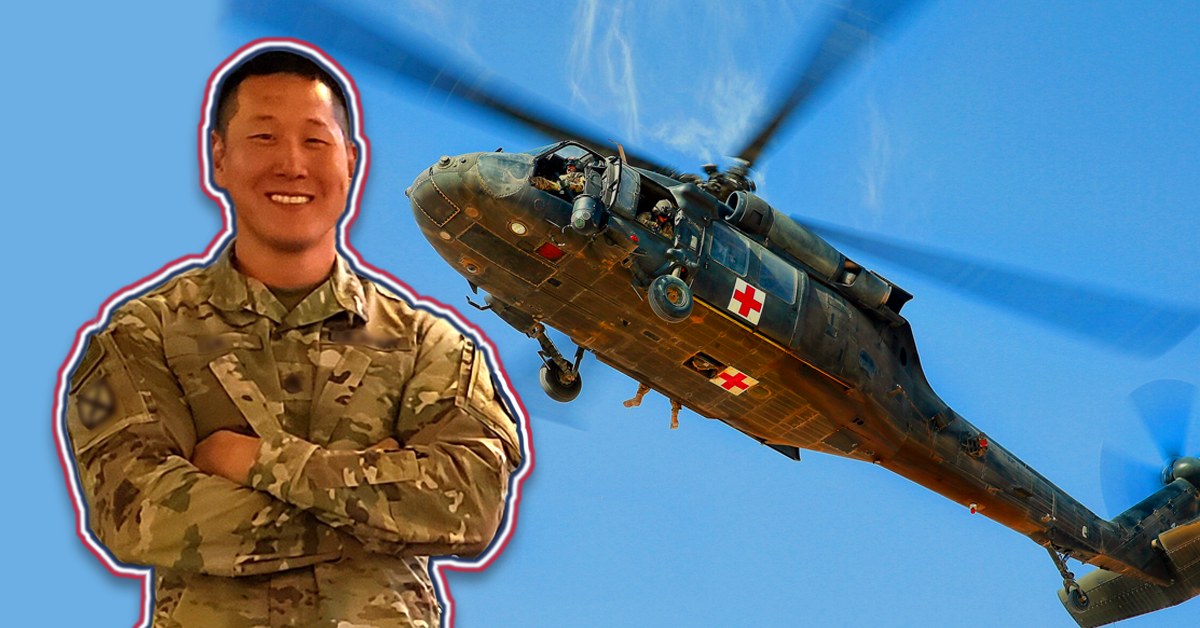 This post is sponsored by Microsoft Software and Systems Academy.

After graduating high school, Richard Lee wanted to join the military. As the American-born son of Korean parents, service to country was instilled in him from a very young age.

“I could see the opportunities that my parents had in America,” Lee told We Are The Mighty. “This gave me the aspiration to join the military to serve my country: the United States of America.” In May 2009, Lee joined the U.S. Army as an Aircraft Powerplant Repairer.

Lee’s military experience is extensive. For 11 years, he worked on Apache, Blackhawk, Chinook and Kiowa helicopters — a job he loved. As he progressed in rank and became a supervisor, he loved every minute of his service.

“Watching an aircraft fly after you’ve completely disassembled and reassembled both engines is an awesome feeling,” he said.

Lee would have continued his Army career, but the universe had other plans. Even though he was eligible for promotion to Sergeant First Class, his family needed him more than the Army did. It was time to get out.

As he entered into civilian life, Lee wanted to find a career that would leverage the skills he learned in the Army, while also mirroring the team environment he’d come to love as a soldier. After extensively researching options, Lee found Microsoft Software and Systems Academy (MSSA). MSSA gave him the chance to experience the camaraderie he knew in the Army, while pursuing a new future for himself.

MSSA is an intensive 17-week program designed to train transitioning service members, veterans, National Guard members and Reservists for the technology sector’s most in-demand jobs of the future.

MSSA is a remote certification program that provides veterans with the training and professional development skills they need for careers in software engineering, cloud application development, server and cloud administration and more — all funded by Microsoft — at no cost to the veteran. At the end of training, graduates have myriad opportunities to meet with Microsoft or some of its more than 750 hiring partner companies, all leaders in the tech sector.

“MSSA doesn’t only teach technical skills, but helps veterans understand how to use their military experience to let companies know what they are capable of,” Lee said. “I was lucky enough to pick up the technical aspects quickly but leaned on MSSA and my classmates to get better at communicating my strengths and my military experience.”

The Army helped him learn to lead and motivate the people who worked for him, even under the high-pressure world of aviation maintenance. Although Lee felt the Army prepared him for a transition to civilian life, MSSA prepared him for a career in the tech sector. “MSSA put together a solid curriculum to train veterans with no technical background to create a full stack application from concept to deployment,” Lee said.

Today, after 11 years as a helicopter technician, Richard Lee is a cloud network engineer who’s been working at Microsoft since January 2021.

Like many of the 200,000 veterans who leave the military each year, Lee’s separation became much smoother when he found his calling in the tech world. And, when he learned about Microsoft Software and Systems Academy, he knew he’d have the tools to succeed in the field.

Beyond the technical curriculum and soft skills, the camaraderie gained made the program even more worthwhile. Many veterans feel a loss of camaraderie when they leave the service. With MSSA’s focus on teamwork, transitioning service members feel as though they once again belong to a unit with a common goal: mastering course content. “Another unexpected side effect of MSSA was the camaraderie that took place when you gather a group of veterans to work together.” Lee said. “During class, and even after class, my cohort got together on Discord and Microsoft Teams to work together and help each other out with technical skills, interviewing skills and shared companies that were currently hiring.”

Lee would (and has!) recommended the training to every veteran he knows. He says it’s the best way to not only receive the training required in a short amount of time, but also get the  hands-on learning that can only be acquired on the job.

Best of all, the experience and camaraderie he loved about the Army and his MSSA classmates carries through to Microsoft.

“I am extremely grateful to have received the opportunity to work at Microsoft in a team that I couldn’t have imagined existed,” Lee said. “They are all so driven to produce the best experience for customers, as well as extremely open to helping me learn how to do this job better. I feel very lucky to have joined a team where these values are displayed daily.” For more on Microsoft’s transition resources, their Tech Transition Toolkit offers some great tips on how you can get a head-start toward a fulfilling, rewarding career in tech.

This post is sponsored by Microsoft Software and Systems Academy.