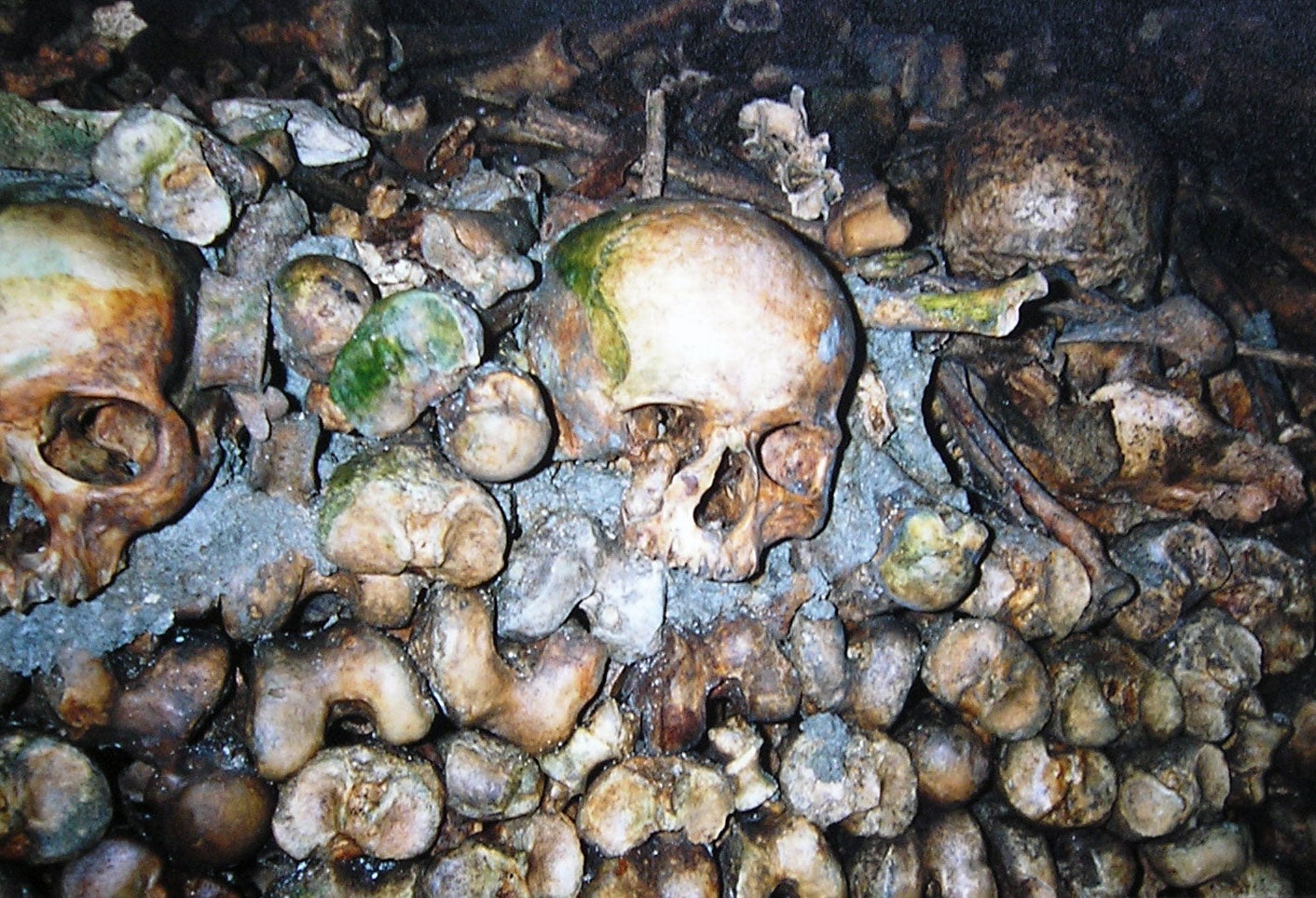 For centuries, people have inhabited Europe, building new empires with more sophisticated cultural antiques than their predecessors. Out of sight and out of mind, some of the oldest places for underground exploration had been lost to humanity before being rediscovered, even by accident.

Modern civilization created a general rule to keep the human remains out of sight. However, managing pandemics, overstuffed cities, and lack of sanitation meant that people in the past lived closer to death. Without a doubt, some tourists have a knack for abomination. The irresistible pull towards the unfamiliar resting places of the dead is Death Tourism – not meant for the weak at heart.

Tourists can still visit the scattered catacombs across Europe; many encapsulated in the subterranean crypts and places that still exist as city centers across the globe. Read on to explore bone architecture and historically-fascinating mummies across Europe virtually. Never enter a catacomb on your own because of the risk of cave-ins or getting lost and never finding your way out.

Catacombs in Rome originated from the Middle East about six centuries ago and proliferated the country following Jewish migration. Early Christians adopted Jewish burial customs to bury their dead. Roman authorities would not allow them to bury them within the city confines.

Rome’s bloody history only added to the cities’ underground riddled with catacombs. With at least 40 underground burial sites, most tunnels are made up of popular crypts coupled with a touch of Christian artifacts. The Capuchin crypt is more bizarre, with bones of over 4,000 monks arranged in vertebrae blocks.

Paris is probably home to Catacombs annotated with legends and myths. The final resting place of more than 6 million bodies was recently opened up to tourists.

In the early 1990s, a group of tourists walking around the cemetery chambers found a video camera that, surprisingly, had footage in it. As they watched the video, they heard creepy voices towards the last part of the video. It soon became apparent that the man holding the video was lost and had no idea how to exit the chamber.

What’s more intriguing is how it seemingly looks like that the man recording the video went mad before dropping the video recorder. In what sounds like a fictitious yet not untrue narrative, a famous Paris catacomb explorer says that some mysterious occurrences happen in the burial site after midnight.

According to the legend, the walls begin to speak after midnight as voices of the dead persuade you to venture deeper into the tomb until you can’t find your way out. To this day, no explorer has positively identified who the man was and if he came out alive.

In the outskirts of Palermo, mummified bodies have popped up in poses that have excruciatingly remained that way for over four centuries. When the general public eventually got access to the final resting places beneath Palermo, there arose contentious perspectives of what “resting places” should look like.

One of the most intriguing burial styles is how the bodies were hung on the wall, made to sit around tables or lie in glass coffins, in their finest garments.

A routine archaeological exploration in 2001 led to an unexpected underground channel proliferated with skeletons. Approximately 50,000 dead bodies are believed to have been stuffed in here between the 17th and 18th centuries.

Initially, the Brno Ossuary was stock-pile arrangements of the dead but was later decomposed by water and mud. As you can imagine, no one thought that their remains may be used for architecture, no matter how well-made. It was definitely a creepy surprise when discovered.