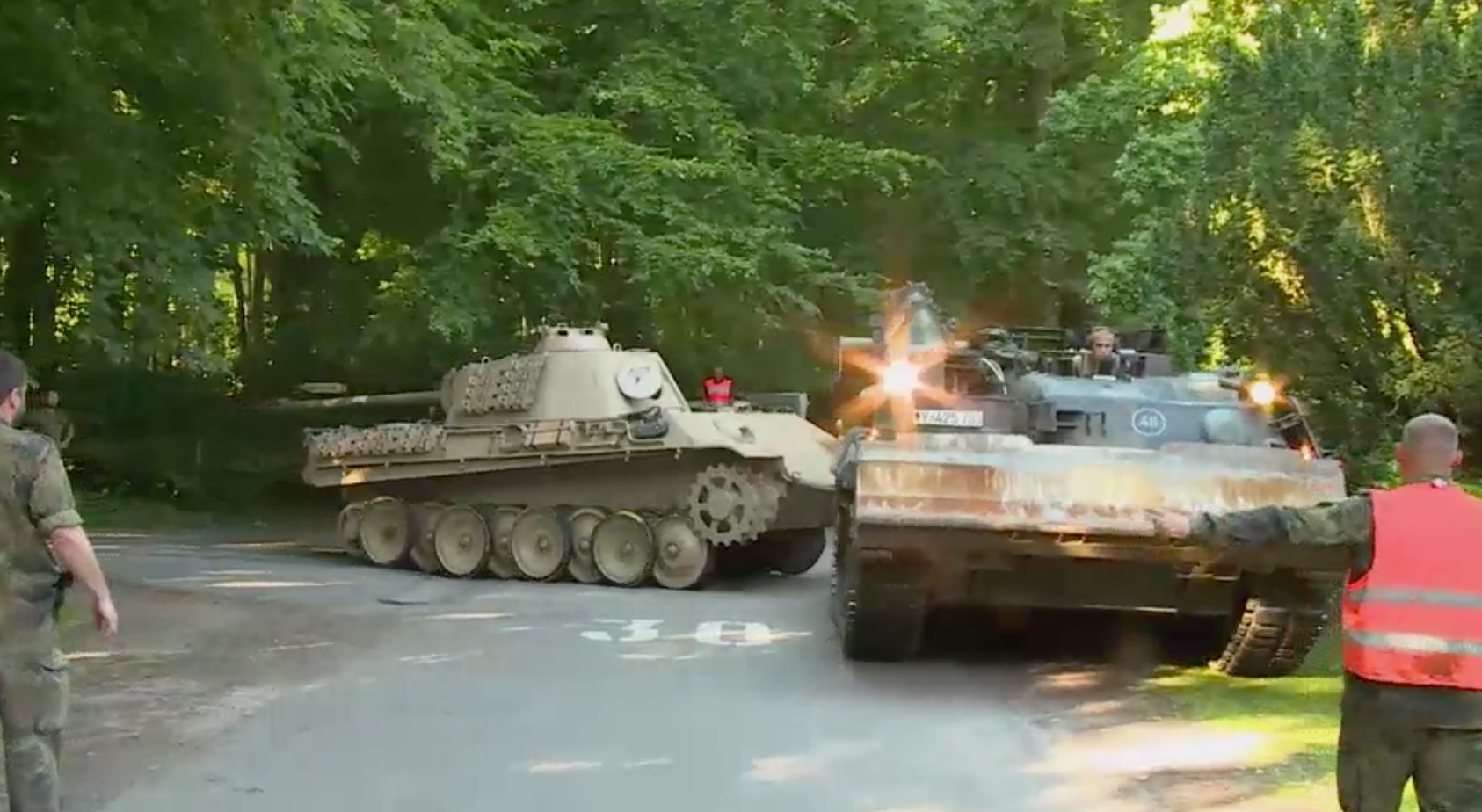 We all have our strange collections. Some people collect tiny spoons from tourist gift shops for some reason. Others collect everyday minutiae like stamps and coins. Those people do not get hefty fines and prison time for their collections. One unnamed German citizen-turned-inmate just got both for his collection.

German privacy laws prevent the unnamed defendant from being outed – he was named only as Klaus-Dieter F. in German reports – but he somehow managed to keep a collection of Nazi-era weapons that included a tank, a flak cannon and a trove of heavy machine guns. For his effort, he was sentenced to 14 months in prison and fined the equivalent of $300,000.

He was also forced to sell or donate the 45-ton tank and anti-aircraft guns to a museum.

In 2015, police in northern Germany were investigating how two bronze horses that were once displayed in front of Adolf Hitler’s Reich Chancellery could somehow have ended up in a black market sale along with other Nazi-era artwork. The investigation led them to the unnamed man’s storage unit.

Authorities raided the storage unit later that same year. Inside, they seized not only the 45-ton tank and anti-aircraft weapons but a horde of Wehrmacht militaria. The seizure included machine guns, automatic pistols and at least 1,000 rounds of ammunition, according to an Associated Press report.

The report also says the man never hid the fact that he had all of the weapons, including the tank, which he once drove out of the storage unit to use as a snow plow during one particularly bad winter storm. As he was sentenced, the man’s lawyer read a confession on behalf of the accused.

Weapons restrictions in Germany are very clearly defined. Rifles, handguns and black powder muskets are all actually common, but are strictly controlled by the government, as Germany has seen a spike in mass shootings in recent years.

German law allows for gun ownership and possession, so long as the owner has a proper permit. To own or buy a firearm, Germans need to get a weapons possession card (Waffenbesitzkarte). To use or carry one, they need a weapons license (Waffenschein). Hunters, for example, would require both.

The weapons possession card only allows for the transportation of the gun. To transport one, it must be unloaded and inside a locked case in public. Even for minor firearms like pellet guns or flare guns, they would need to acquire a minor firearms card.

For all these cards, Germans need to have liability insurance for injury and property damage for at least $1.1 million and gun owners under 25 years old must have a psychological evaluation before purchasing one.

When it comes to weapons of war, German law makes a very clear distinction between the two types of firearms. Germany’s War Weapons Control Act prohibits ownership of any weapon of war, including pump-action shotguns, machine guns and tanks. Collectors must procure a Red License, which has criteria of its own.

Red Licensees are firearms experts and collectors who can purchase weapons without prior approval. Getting a Red License means the collector must provide the state with the “theme” of their collection, explain why they want to collect with that theme, and which guns the applicant wants to collect.

Tanks, machine guns and other fully automatic weapons are expressly forbidden, even for those with a Red License.