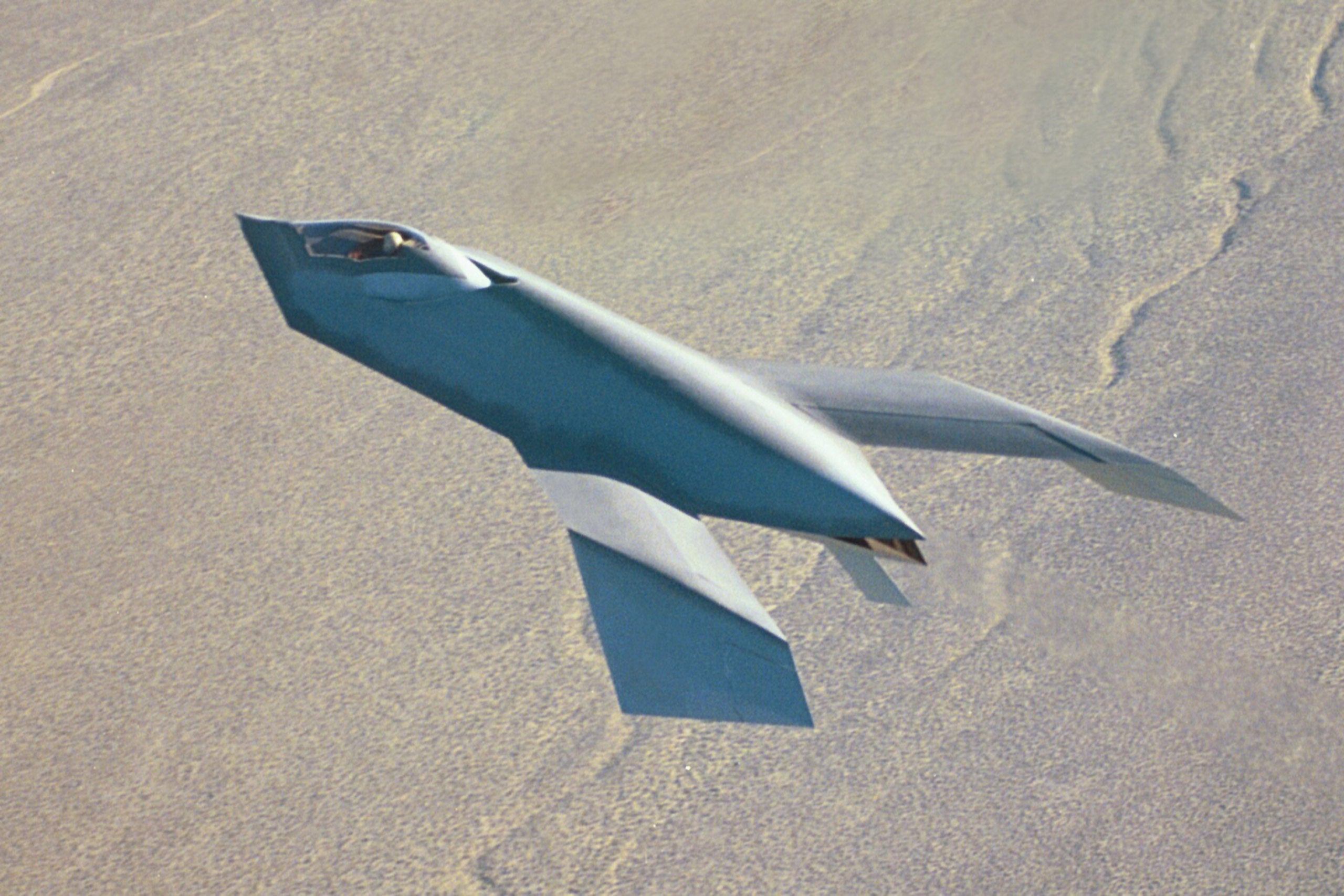 FILE PHOTO -- The Bird of Prey served as a highly classified project from 1992 to 1999 before Boeing Co. officials unveiled it Oct. 18. It will become part of the Air Force Museum in Dayton, Ohio, on July 16. (Photo courtesy of Boeing Co.).

In the early 1990s, stealth aircraft technology was still coming into its own. The United States had developed the B-2 Spirit stealth bomber, but there was still more work to do. So Boeing, one of the United States’ most capable defense aircraft developers, went to work.

The company’s Phantom Works division created the Boeing Bird of Prey, a single-seater black project stealth aircraft that looks like the most futuristic plane ever developed. It’s not — but it sure looks like it.

Boeing’s Bird of Prey looks part F-22 Raptor and part science fiction-inspired deep space fighter. Not much is known about the experimental fighter aircraft’s true purpose. Even less is known about the specific technologies it might have been testing. Its association with Phantom Works and being developed and constructed at Area 51 means the skies are the limit for UFO junkies and big tech enthusiasts.

Despite its cool, futuristic appearance and the technologies it might have been testing, the program was a relatively cheap one for the aircraft manufacturer. At just $67 million dollars, the Bird of Prey is considered a “low-cost” program for a defense contractor.

What is known about the Bird of Prey is that it was a stepping stone in the development of low-observable technologies and aircraft design. Some of its “revolutionary” design elements were later incorporated into the X-45 unmanned combat aerial vehicle, one of the earliest tested drones developed by the Air Force.

The X-45 program was the first test the technology needed to, “conduct suppression of enemy air defense missions with unmanned combat air vehicles.”

Developing the Bird of Prey and its associated technology first began in 1992. The aircraft took its first flight in 1996. It never received an x-plane designation because it was never a true military test aircraft, but the tech it tested might later have been integrated into the F-22 and the F-35 fighters.

It’s also believed the Bird of Prey tested active camouflage technology for planes, which would allow it to change colors, luminosity or appearance mid-flight to blend into its environment.

Although the Bird of Prey was potentially packing a wide array of unknown and probably still-classified technologies, keeping costs down meant using commercially-available engines and manual controls, as opposed to computerized controls.

Aside from classified future technologies, the Air Force also says its tested tech that is now considered “industry standards.” This includes the lack of a horizontal tailplane and a conventional vertical rudder, which is used in later experimental stealth drone aircraft.

Boeing Phantom Works is an advanced prototyping arm of the aircraft manufacturer that has worked on a number of advanced vehicles and technologies, including the Boeing X-51 Waverider hypersonic vehicle and concepts for an as-yet unnamed sixth-generation joint strike fighter.

The Bird of Prey was officially ended before the turn of the 21st Century, even though it looks the part of an aircraft from this era. After (presumably) being stripped of all the nifty tech that would allow it to evade ground sensors (and maybe the naked eye), it officially ended its career in the National Museum of the United States Air Force.

Visitors to the massive aircraft and air power museum can see the Bird of Prey in the Modern Flight Gallery – near its successor aircraft, the X-36 flight demonstrator and the museum’s F-22 Raptor.