This is the largest piece of American military machinery yet

This is the largest piece of American military machinery yet 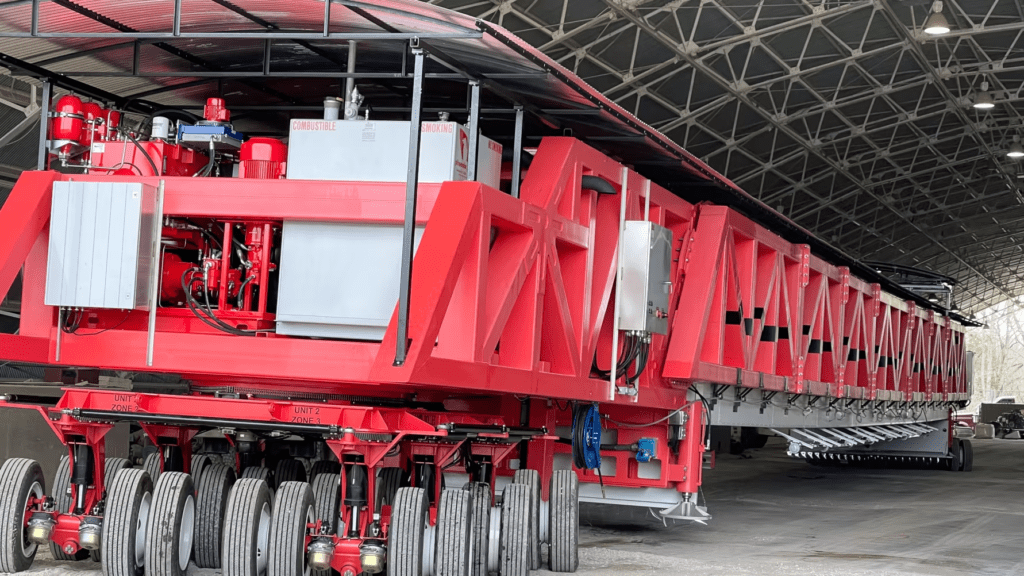 An image of the U.S. military's new defense vehicle, Titan. Image via LinkedIn.

A whopping 125 tons, this machine has become the largest in the U.S. military’s history. The machine was developed, built, and delivered by Dynatest, a Danish-American company. It was created to help with defense efforts. Listed as the Heavy Vehicle Simulator, those involved with the project have nicknamed it Titan, due to its incredible weight and size.

The HVS or Titan, will be used to both test and optimize surfaces used for military defense.

Dynatest is known for creating military machinery to check the conditions of roads and runways. For instance, testing the durability needed to land heavy jets – which pack a powerful punch – without damaging the surface on which they land. They also continually test the surfaces to ensure they’re holding up after ongoing wear and tear.

Titan was taken to Vicksburg, Mississippi where the U.S. Army Development Department, U.S. Army Engineer Research and Development Center (ERDC) is located. The ERDC will use the device to create runways and roads that can withstand bigger and more powerful vehicles and last for longer periods of time.

Dynatest is headquartered in Copenhagen, Denmark, but also has a location in Gainesville, Florida. It took them two years of research and development to create Titan.

But just how big is the biggest military machinery to date?

For reference, that’s the same weight as:

In other words, this thing is BIG.

“The Heavy Vehicle Simulator – Titan – built in partnership with Dynatest, is a critical research tool to evaluate new materials, design methods and construction techniques to optimize transportation infrastructure facilities. It has been a long process to get us where we are today, and with this new capability added to the ERDC toolkit, we will be able to discover, develop and deliver solutions to the Warfighter and nation much more quickly.”“We are also proud to claim that the Titan has the ability to apply a dynamic impact load to simulate impact loadings from aircraft touchdown and vertical takeoff and landing aircraft. No other heavy vehicle simulator is capable of performing these critical tests. The Titan also has some first-of-their-kind features to help ERDC support military transportation needs.”