The U.S. Army Field Band Holiday special will bring you tears (of joy!) - We Are The Mighty

The U.S. Army Field Band Holiday special will bring you tears (of joy!) 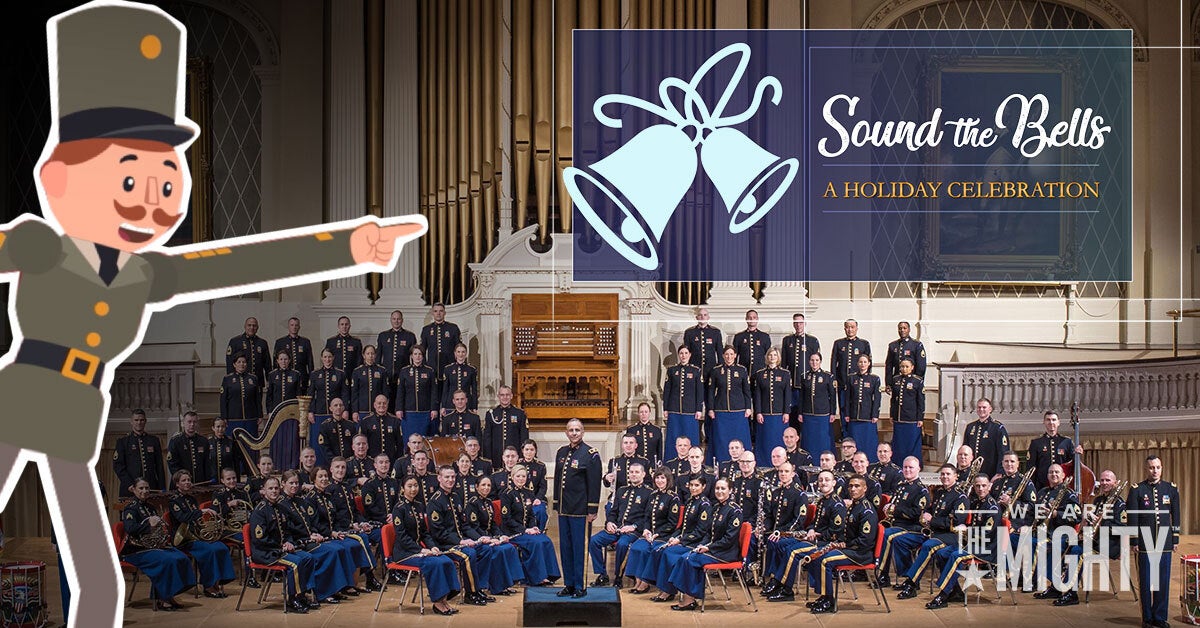 Tis the season to be grateful! We know 2020 has been hard but we can all unite around the joyous performances from our US Army Field Band! And we’ve made a holiday special for you all to enjoy!

The Army Field Band (not to be confused with the Army Band — that’s different) plays over 100 concerts annually, culminating with their holiday event, Sound the Bells. The President and dignitaries always attend, but given the restrictions of COVID, a live concert isn’t possible. Working with the Army, We Are The Mighty produced an alternative that everyone can enjoy! Watch the video below or on Fox Business and Fox Nation from 12/23 to 12/26.

Hosted by military supporter and A-Lister Joe Mantegna (Criminal Minds, The Simpsons), the run of the show includes seven holiday songs with vignettes from Army Leadership as well as a special interview with Harry Miller, a WW2 Veteran of the Battle of the Bulge. The special has seven featured songs, including such holiday favorites as I’ll be Home for Christmas, It’s the Most Wonderful Time of the Year and Silent Night, an animated version of the Nutcracker and a special portrayal of Christmas 1914, sung by SSG Megan Pomales. When a fellow soldier and producer shared that he wanted Pomales to sing Christmas 1914 for the holiday special, Pomales said she listened to it and was “completely undone.”

Written by Catherine Rushton in 2004, the song is an emotional and haunting walk down the experiences of ground troops fighting during World War I. In 1914 the Pope suggested a truce for Christmas. Taking the suggestion to heart, the Germans and allied troops entered into an unofficial cease fire. Tales were told of Christmas carols being sung and words of goodwill echoing through the night. The lyrics of the song tell a story of the beauty of Christmas and the reality of war that followed the celebration: For three days we played football, three nights we drank and sang, ‘til it came time to say farewell. Then we went to ground; each side fired three rounds. And just like that we all were back in hell.

Don’t miss Sound The Bells! This incredible holiday special honoring our military community is a must see.