Meet Ukraine's furry bomb-sniffing hero, 'Patron' - We Are The Mighty 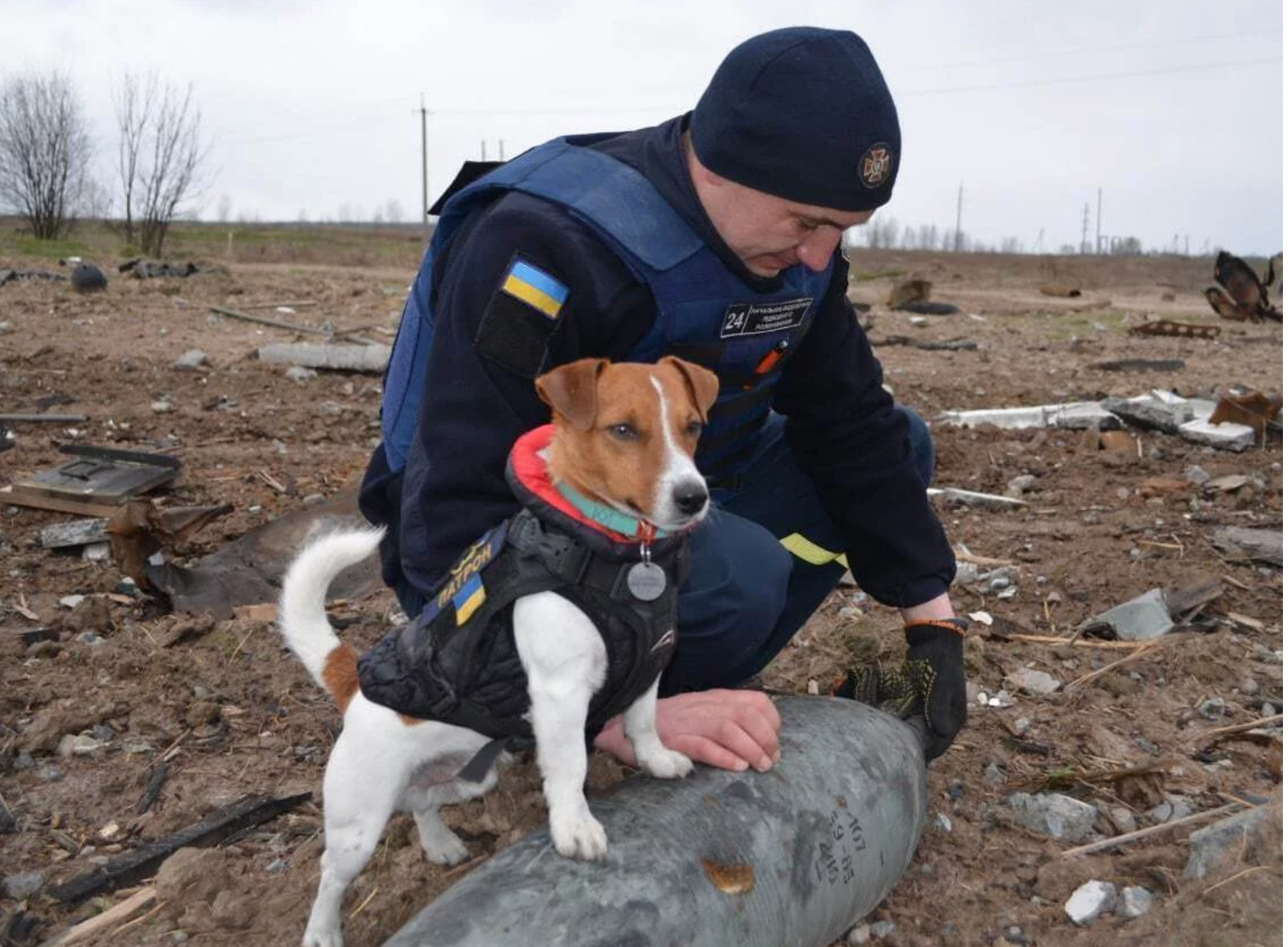 Dogs have long been known as man’s best friends and in the last 100 years, we’ve witnessed the undeniable power of impact they can have on saving lives in and after war. Though German Shepherds and Labs come to mind when referencing “service dogs”, this hero bomb-sniffing Ukrainian canine isn’t what you’d probably imagine.

Small but MIGHTY, 2-year-old Patron is one extraordinary Jack Russell. Assigned to State Emergency Service in Chernihiv, he’s been trained to sniff bombs. Russian-made bombs, to be precise. Since the start of the attacks led by Putin on Ukraine, Patron has neutralized nearly 90 bombs, saving countless lives. Ukrainian officials with SES have publicly stated “One day, Patron’s story will be turned into a film, but for now, he is faithfully performing his professional duties,” tweeted Ukraine’s Center for Strategic Communications.

Dog’s noses have the power to smell things 1,000 to 10,000 times what we can as human beings. “There’s no substitute for the detection of a dog. There’s no machine built yet that can reciprocate what a dog can do,” William Cronin, director of the American K-9 for Afghanistan and Mali, West Africa, said in an article for the U.S. Army.

Patron’s work is more than finding explosive devices, though.

It’s inspiring the war-torn country to rally and believe in the good. Artists from all over Ukraine have been faithfully submitting artwork depicting Patron in all of his furry hero glory. The SES posted an album full of these designs with the caption stating: “It motivates not to give up no matter how hard it is, to keep the bar high and to fight with new strength, knowing how many people are still waiting for help and how many people believe in us,” it stated, according to Facebook’s English translation. “Our Patron doesn’t let his feet down either and sends his gratitude to everyone.”

As the democratic and peaceful country of Ukraine continues to defend itself from the Russian invasion, stories like this fuel the fire to continue believing in the good even as things feel hopelessly dark. And little Patron is a really big light for all to see.