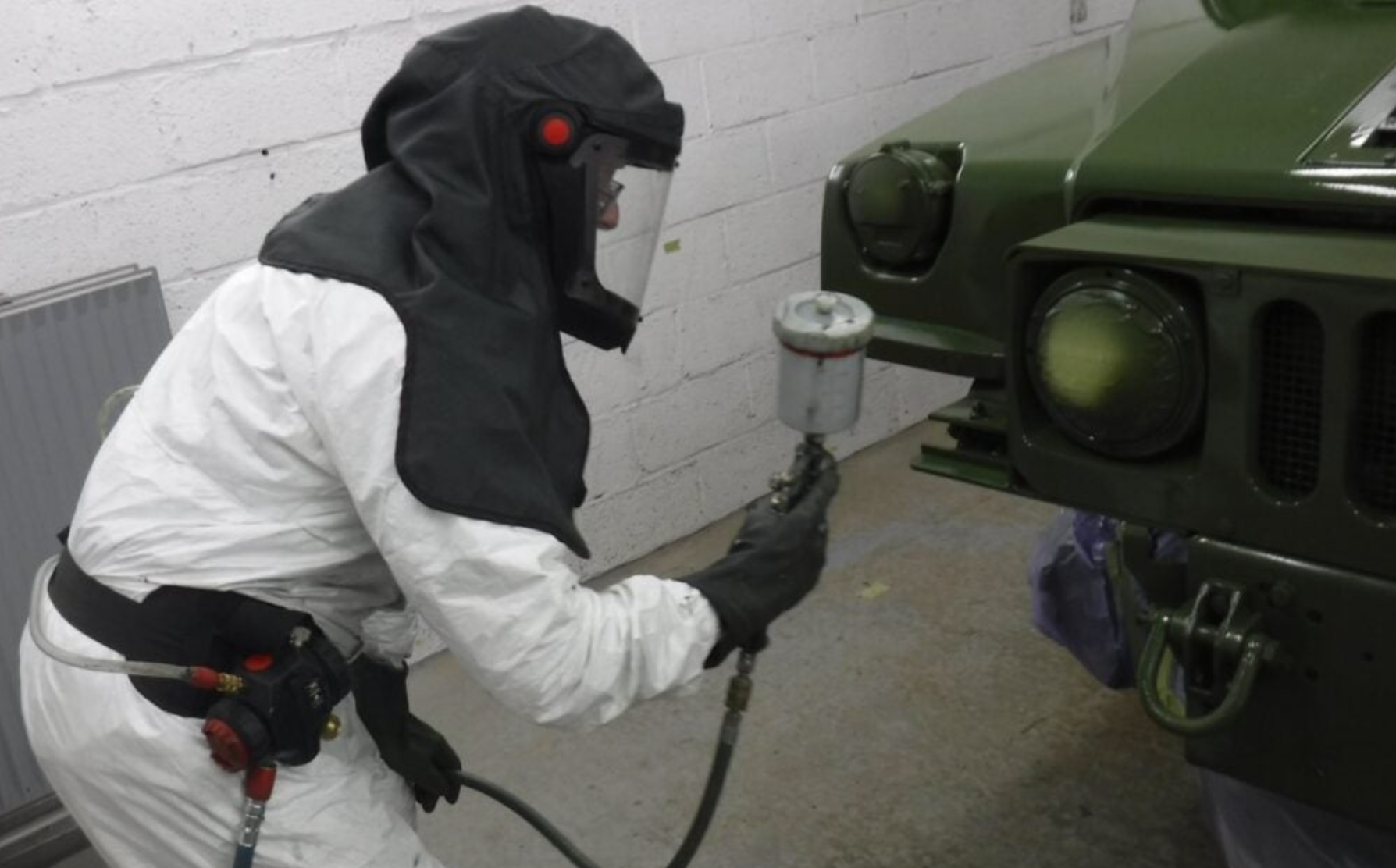 For two decades, the US Army has fielded predominantly tan-colored vehicles. With the majority of combat operations taking place in the Middle East, most of the service’s equipment took on the color. However, with the threat of war in Europe undergoing a resurgence not seen since the Cold War, the Army is bringing back olive drab green.

Also known as OD green, the color was sported by most of the Army’s vehicles prior to 9/11 and the widespread repainting to tan. “…now we’ve come full circle, “said Patrick Brown, the maintenance chief at the Logistics Readiness Center Benelux in Belgium, to the 405th Army Field Support Brigade public affairs office. “The old tan paint is going away, and OD green is back.” LRC Benelux is helping to prepare US Army Europe’s forces for combat on the continent.

The LRC Benelux, 405th AFSB maintenance supervisor, Giancarlo Giardina, has been tasked with overseeing the repainting. With just two automotive mechanic paint and body shop specialists, Giardina has over 150 vehicles and pieces of equipment to paint OD green. “We found out quickly the preparation is much harder than we thought,” Giardina told 405th AFSB public affairs. “We don’t paint the entire piece of equipment so we have to mask off certain areas, and that takes a lot of time.” In addition to taping off areas like door handles and windows, Giardina and his team have to degrease the vehicles and mix a hardener compound into the base paint.

According to Giardina, a single Humvee takes about two days of prepping and one day of painting. In order to get more vehicles painted, LRC Benelux had to construct a second paint area. Moreover, an additional filtration system, respirators, and PPE were purchased for the paint team. “Right now, our flowchart is two Humvees and two trailers a week,” said Brown.

Along with the Army’s acquisition of a new service rifle and machine gun, the repainting of vehicles shows a pivot in the service’s posture. Threats in Europe as well as the Indo-Pacific have become a new focus for the DOD and the Army is adjusting to meet these threats.