Cdr. Richard Marcinko, the first commanding officer of SEAL Team SIX, dies at 81 - We Are The Mighty 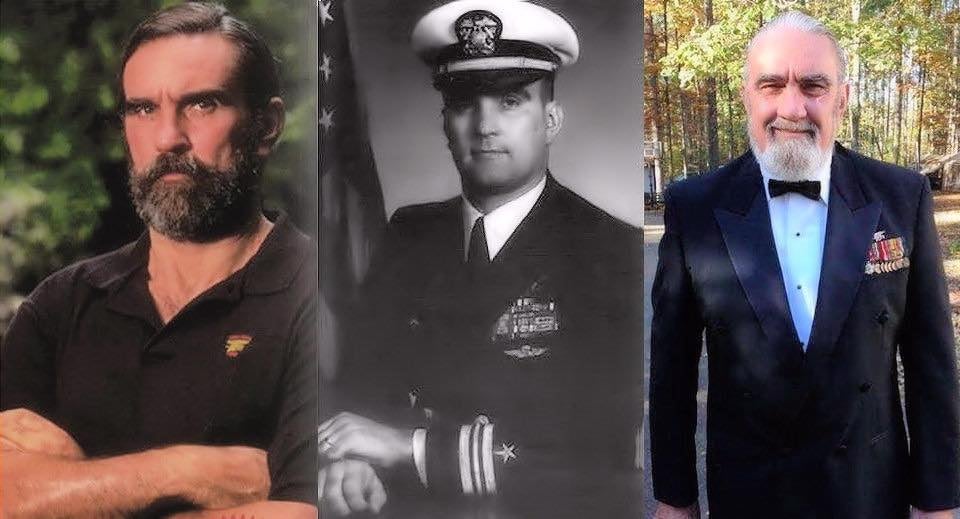 After dropping out of high school, Marcinko tried to enlist in the Marine Corps but was rejected for his lack of a high school diploma. In September 1958, he successfully enlisted in the Navy as a radioman until he was accepted into Underwater Demolition Team/Replacement training in June 1961. Marcinko graduated Class 26 in October that same year. He served with UDT-21 until he was selected for commission as an officer in 1965. Marcinko commissioned through OCS in December 1965 and was reassigned to SEAL Team TWO in June 1966. His education included a Bachelor of Arts degree in International Relations from Auburn University at Montgomery and a Master of Arts degree in Political Science from the U.S. Naval Postgraduate School.

In 1967, Marcinko deployed to Vietnam with 2nd Platoon, SEAL Team TWO for a six-month tour of duty. On May 18, he led his platoon in an assault on Ilo Ilo Hon where they killed a large number of Viet Cong fighters and destroyed six of their flat-bottom sampan boats. The assault would become known as the Navy’s most successful operation in the Mekong Delta. For his leadership in the operation, Marcinko was awarded the first of his four Bronze Stars, the Vietnamese Cross of Gallantry and the Silver Star.

After his first tour in Vietnam, Marcinko served as Officer-in-Charge of 8th Platoon for stateside duty for a few months before he returned to Vietnam in December 1967. During the Tet Offensive, Marcinko ordered his platoon to assist U.S. Army Special Forces at Châu Đốc. The SEALs engaged in an urban street battle before conducting a rescue mission to save American nurses and a schoolteacher who were trapped in the city’s church and hospital.

Following his second tour in Vietnam, Marcinko served a two-year stateside staff assignment. He was later promoted to Lt. Cdr. and assigned as the Naval Attache to Cambodia in 1973. Afterwards, Marcinko returned stateside and took command of SEAL Team TWO from 1974 to 1976.

During the Iran Hostage Crisis in 1979, Marcinko was one of two Navy representatives on the Joint Chiefs of Staff Terrorist Action Team task force. TAT was assembled to develop a plan to free the American hostages in Iran. The plan developed was the ill-fated Operation Eagle Claw. Following the failed rescue, the Navy realized the need for a full-time, dedicated counter-terror team and tasked Marcinko with its creation. Moreover, Chief of Naval Operations Adm. Thomas B. Hayward selected Marcinko to serve as the first commanding officer of the new unit.

Marcinko named the new counter-terror unit SEAL Team SIX. At the time, the Navy only had two SEAL Teams. Marcinko reportedly selected the unit’s name to confuse hostile nations, specifically the Soviet Union, into believing that the United States had at least three other SEAL Teams that they were not aware of. To form SEAL Team SIX, Marcinko hand-picked sailors from the existing SEAL Teams and Underwater Demolition Teams including he special counter-terror tactics section of SEAL Team TWO, MOB-6. SEAL Team SIX would serve as the Navy’s equivalent to the Army’s Delta Force. Although the typical command in the Navy at the time was two years long, Marcinko commanded SEAL Team SIX for three years from August 1980 to July 1983.

After leaving command, Marcinko was selected by Deputy Chief of Naval Operations Vice Adm. James “Ace” Lyons to design another new unit. This time, Marcinko’s objective was to develop a unit to test the Navy’s vulnerability to terrorism. This new unit became known as the Naval Security Coordination Team OP-06D, unofficially called Red Cell. Marcinko left the Navy in 1989 as a Commander after 31 years of service.

Marcinko’s impact on the Navy SEALs and American Special Operations is unlike any other. He is considered the United States’ premier counterterrorism operator and leaves behind a legacy of tier-one operators to this day.