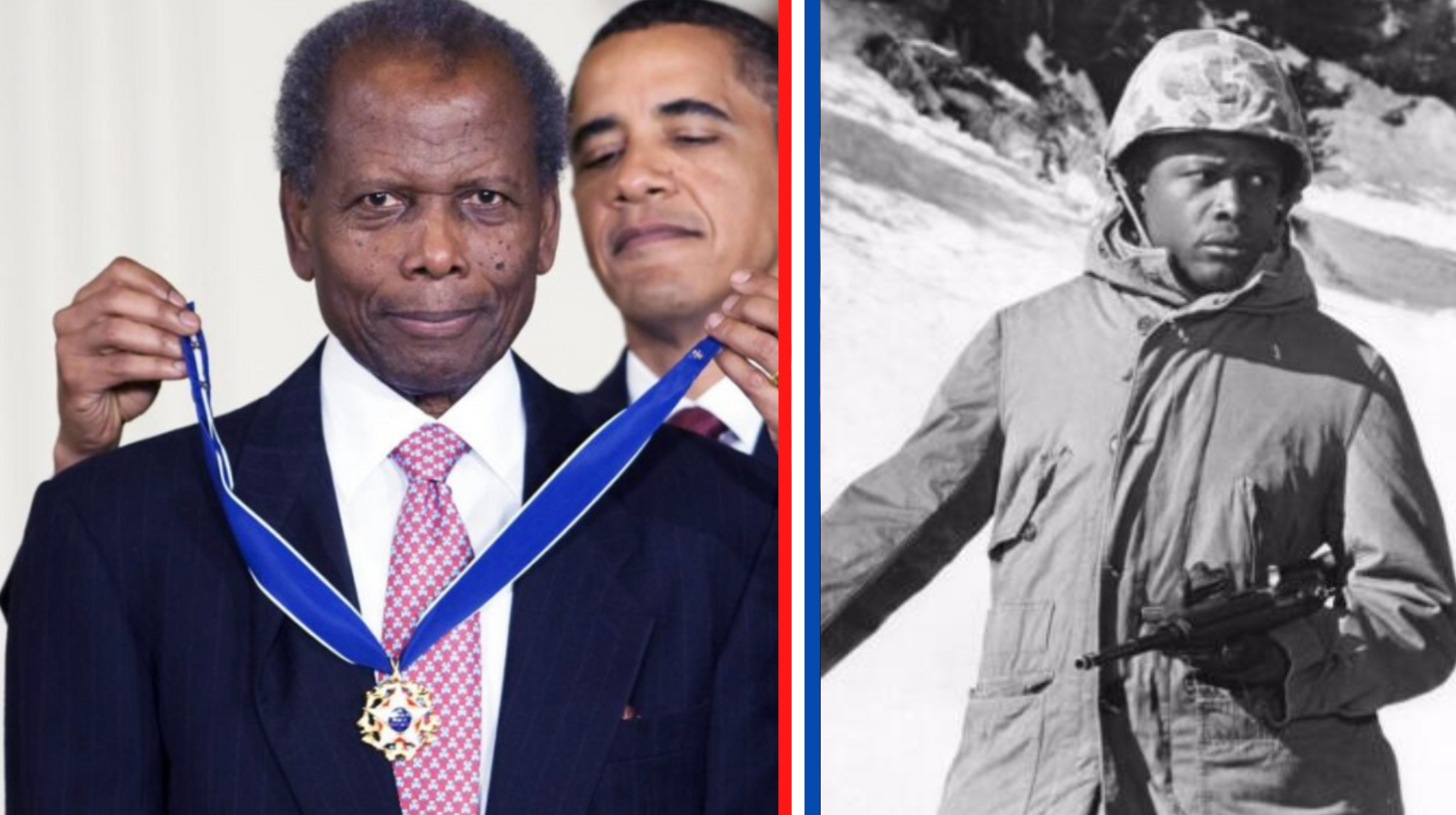 Academy Award winner Sidney Poitier is best known as a trailblazing actor and Black activist. While his humble origins as an immigrant teenager washing dishes for a living are an intrinsic part of his story, many people might be surprised to learn that Poitier served in the Army during WWII before he became an actor. In fact, he even lied about his age to enlist.

Poitier was born in 1927 in Miami, Florida, and grew up in the village of Cat Island in the Bahamas. At the age of 11, Poitier left for the United States with no money. At 16, he went to an Army recruiting office claiming to be 18. During WWII, Poitier served in a Veteran’s Administration hospital in Northport, New York, as a physiotherapist.

After leaving the Army, Poitier went to work as a janitor at the American Negro Theater in exchange for acting lessons. This turned out to be a smart move and Poitier worked his way into the theater world. He even landed a role as understudy to Harry Belafonte. Poitier performed in plays until 1950 when he began his film career. His debut on the silver screen was No Way Out, a film that echoed the racial upheaval that was surfacing at the time.

Throughout the rest of the 50s, Poitier’s film career continued to push boundaries. “[He] put the cinema and millions of people in the world in touch with a truth about who we are,” Belafonte once said of Poitier. “A truth that could have for a longer time eluded us had it not been for him and the choices he made.” In 1959, Poitier was nominated for an Academy Award for his role in The Defiant Ones. This was the first time that an African American actor had ever been nominated for an Oscar. Poitier’s historic Oscar win came in 1963 for his role in Lillies of the Field.

Poitier’s career has been likened to that of Justice Thurgood Marshall and Martin Luther King, Jr. In fact, in 1967 King even said of Poitier, “He is a man of great depth, a man of great social concern, a man who is dedicated to human rights and freedom. Here is a man who, in the words we so often hear now, is a soul brother.”

In the 1970s, Poitier expanded beyond acting and into directing and producing. He joined with Steve McQueen, Paul Newman and Barbra Streisand to form First Artist Production Company which released his next four films.

In 2001, Poitier was awarded the Academy Honorary Award for his lifetime achievement in film. “Before Sidney, African American actors had to take supporting roles in major studio films that were easy to cut out in certain parts of the country,” said actor Denzel Washington while presenting Poitier’s award. “But you couldn’t cut Sidney Poitier out of a Sidney Poitier picture.” He also received a Grammy, two Golden Globes, a British Academy Film Award, and has a star on the Hollywood Walk of Fame. In 2009, President Obama awarded Poitier the Presidential Medal of Freedom.

In the words of President Obama, Poitier “opened doors for a generation of actors.” His contribution to cinema and to the African American community diversified and furthered both his industry and his country.