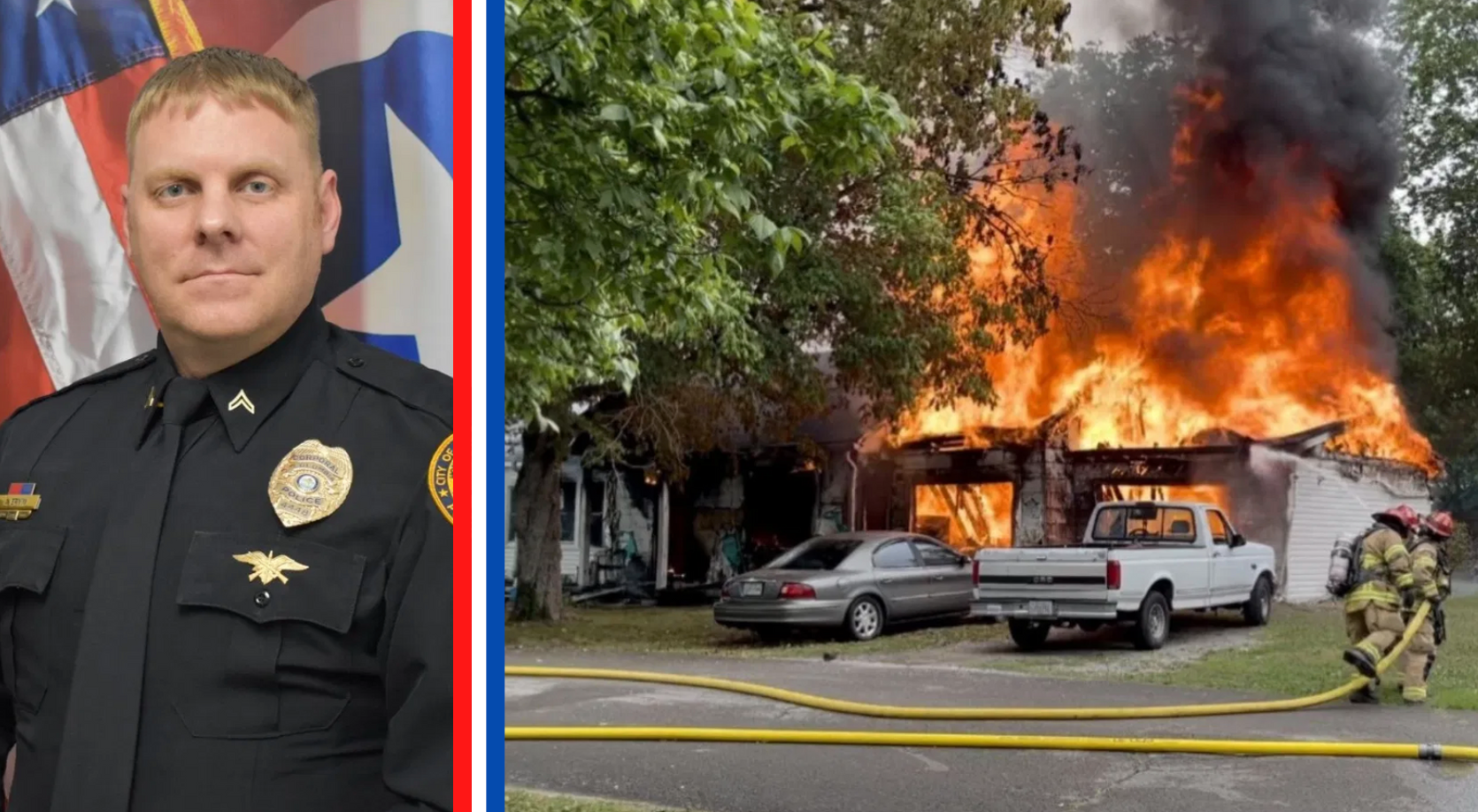 Police officer Corporal Allan Ervin arrived at a burning home at 8:30 am on a Friday in July. He works for the Columbia Police Department in Tennessee and was wearing a body camera when he arrived at the scene at the Riverside neighborhood home.

When a woman heard someone screaming in her quiet Tennessee neighborhood one morning, she immediately called the police. When she rushed over to the origin of the sound, she could see a house was on fire. Two parents had escaped the blazing house before the explosions began, but their disabled daughter remained inside. When the neighbor arrived, she could see April Chumley, age 37, lying close to the front door.

Because Chumley is non-communicative and cannot walk, she had no way of getting out on her own. Both the woman’s father and the neighbor tried to get her out of the house, but to no avail. That’s when Ervin arrived and rushed out of his patrol vehicle. Ervin yelled that everyone should get away from the burning house as he ran inside to save Chumley.

An ambulance rushed her to Vanderbilt University Medical Center, where doctors treated her for smoke inhalation and burns. Both parents were also taken to the hospital but were released shortly thereafter. Ervin miraculously sustained no injuries in rescuing Chumley.

Ervin’s body-cam footage shows him running into the home, engulfed in flames from explosions.

The police department decided not to release the rest of the video, including the rescue itself where Ervin carried the victim out of the house, due to its graphic nature.

Police officers think of others first

“As a police officer, the first thing you think of is the preservation of life, and fortunately, we were able to do that,” Ervin said in his statement to the Columbia Daily Herald. It was his quick response as a first responder that saved Chumley’s life. “We know the risks we take when we go out there,” he said. “You just have to react and use your best judgment.”

Bursting oxygen tanks inside the home caused the explosions and rapid spread of the fire.

It’s thanks to the mentality of first responders like Ervin that people walk away from deadly situations alive. First responders wake up every single day to help their communities. They realize lives depend on them and dedicate themselves to the communities in which they serve.

The job requires first responders to be both adaptable and flexible. Quick reaction times and the ability to adapt to any situation are necessities of the job. It takes an eagerness to learn and stay up-to-date on new skills and technology to perform this vital role.

Everything a first responder learns, they take with them on the job, allowing them to save lives at a moment’s notice no matter which uniform they’re wearing.

Being a first responder requires an incredible amount of self-sacrifice. They work non-traditional hours and give up time with their families for the sake of their communities.

Similar to the men and women who serve in the military, first responders face intense and dangerous situations all the time. This often creates a special type of bond among the first responder community.