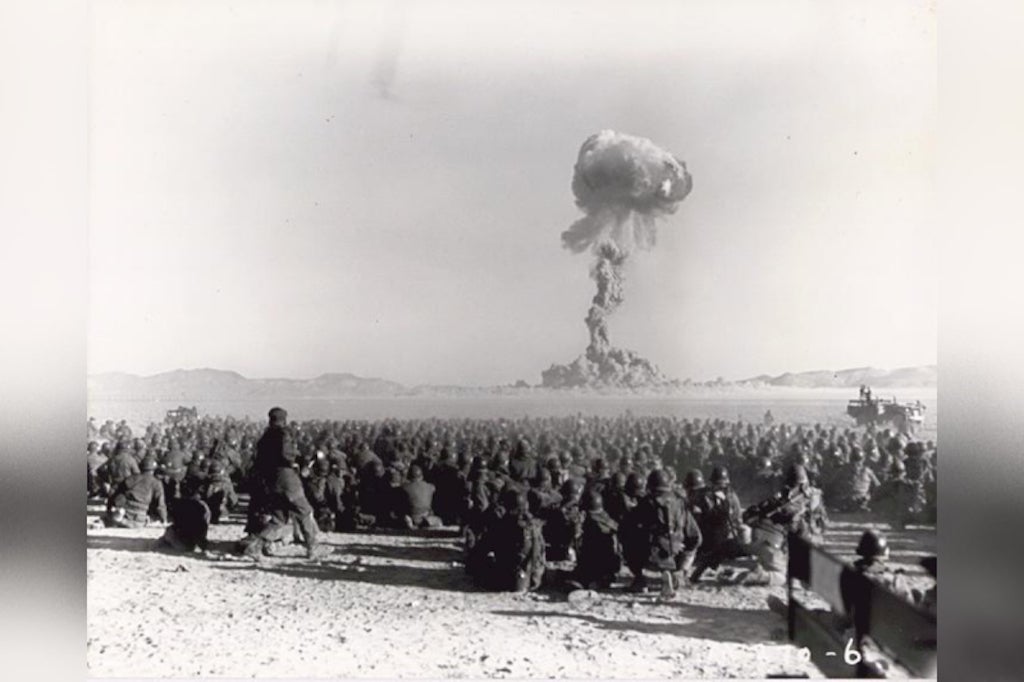 Operation Buster-Jangle. (US Department of Defense).

In the days following World War II, the United States military began to develop an entirely different way of waging war and conducting itself on the world stage. It was a doctrine centered around the new, powerful game-changer it developed during the war: atomic weapons.

For a brief time, the U.S. was the only country with such devastating firepower. By 1950, it was also in the hands of the Soviet Union and the United States needed to develop more of these new weapons while diversifying the means of its use. It also wanted to create bigger explosions, and missiles that were more precise and posed less of a risk to bomber crews.

To do that and maintain the supremacy of the U.S. military on the battlefields of a potential third World War, a lot of other service members had to put their lives at risk. These are America’s “Atomic Veterans.”

Veterans who served between 1950 and 1992 while developing the U.S. nuclear arsenal have long advocated for recognition of their efforts. They may not have been fighting an enemy, but they were making sure the rest of the United States military didn’t have to. For decades, they lobbies the Department of Defense and Congress for recognition of that fact, but until 2019, they came up empty handed.

That was the year in which they became eligible for a certificate that cemented their status as Atomic Veterans, but that, many say, didn’t go nearly far enough. Many of them were exposed to massive amounts of radiation, causing untold symptoms and conditions. Some of them developed various cancers and died from their ailments.

These veterans are finally getting some of the recognition they deserve. A new law passed in December 2021 orders the Defense Department to create an ​​ “Atomic Veterans Commemorative Service Medal” for veterans “instrumental in the development of our nation’s atomic and nuclear weapons programs.”

There are not yet any criteria released about exactly which veterans will be eligible to wear the new medal, as details have yet to be released by the Pentagon. Eligibility requirements rest with the Secretary of Defense with input from members of Congress. Anywhere from 225,000 to 400,000 veterans should be eligible, depending on who you ask.

The high end of the estimates come from veterans advocacy groups, who say that the 40-plus years of nuclear development required hundreds of thousands of nuclear workers, performing tasks of every kind. These included development of the weapons and reactors to cleaning up after nuclear test sites.

After establishing eligibility criteria, the new medal must be designed and approved, the medal funded and then finally applications from veterans for receiving one must be reviewed and approved before they are shipped out.

The United States conducted more than 1,000 nuclear tests between the first test, the Trinity Explosion, in White Sands, New Mexico in 1945 until the last one was conducted in 1992. Those who cleaned up those test site were exposed to harmful levels of radiation. Proponents of the new Atomic Veterans medal are happy with the new result, but want medical benefits and other compensation for these former troops as well.