This ‘line-crossing ceremony’ is performed on boats crossing the equator 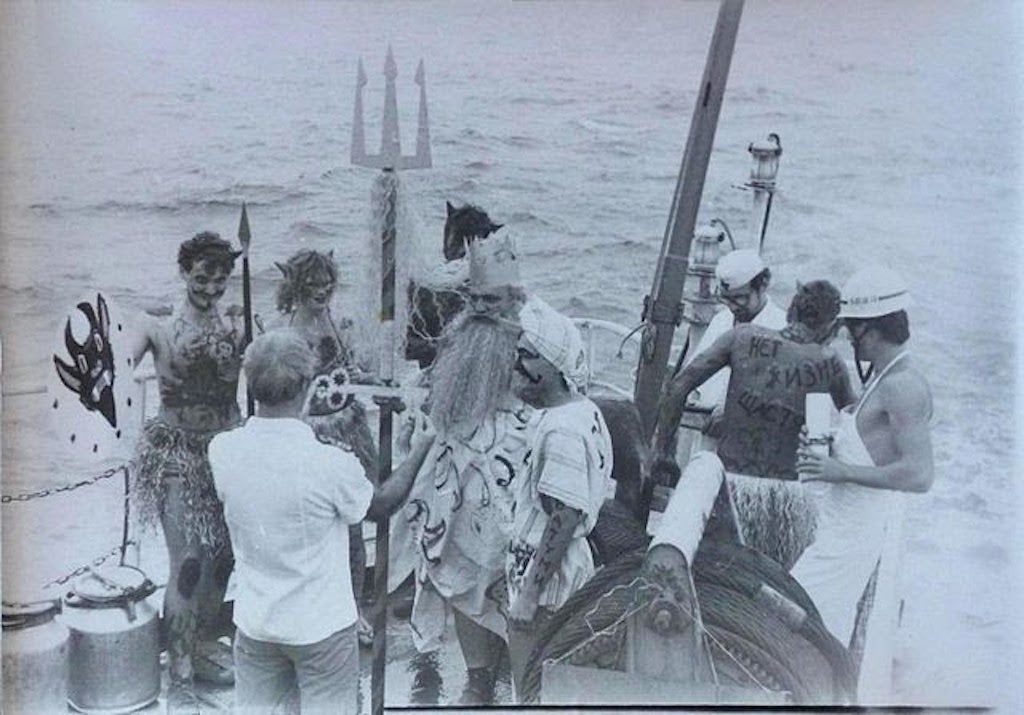 Ships find territory that folks on land can never even dream of seeing. Yet for sailors or members of navies across the world, it’s everyday scenery. However, they still have their own traditions while at sea, particularly with initiations or rites of passage.

The first time a sailor crosses the equator is one of their biggest traditions. The pomp and circumstance varies between branches, and even countries. But all agree this event is a big deal, one to be celebrated.

Take a look at the varied types of line-crossing ceremonies performed, and who gets to partake in them.

Originally, these types of ceremonies were founded as a way to boost morale. Considered “folly” among soldiers, achieving this goal meant that new sailors had proven their ability to handle long or rough sailing conditions. At times, these line-crossing ceremonies turned dangerous, becoming a form of hazing, but in most cases, those practices have been outlawed.

The United States Navy holds a massive, two-day line-crossing ceremony wherein experienced sailors (those who have been across the equator) are called Shellbacks, Trusty Shellbacks and Honorable Shellbacks, the Sons of Neptune. Newbies are called Pollywogs, Slimy Pollywogs or Slimy Wogs.

Essentially, there is “controlled chaos” where Pollywogs must earn their spot as a Shellback. Pollywogs are made to work and perform physical tasks. Each ceremony varies from ship to ship, as it’s not an initiation recognized as the Navy as a whole.

Sailors finish the two-day event with “court,” where costumes abound and experienced sailors play various fictional parts, determining if newbies have earned their rite of passage.

At the end, sailors receive a certification, proving their new title. Some rare titles are included for those who cross at a specific area, for instance, a Golden Shellback for someone who crosses at the 180th meridian.

Most cruise liners boast a similar display, featuring King Neptune, the Roman God of Sea,  and use the ceremony as a way to entertain their guests.

These fictional titles and/or organizations have been created to honor soldiers who pass into different areas of the world.