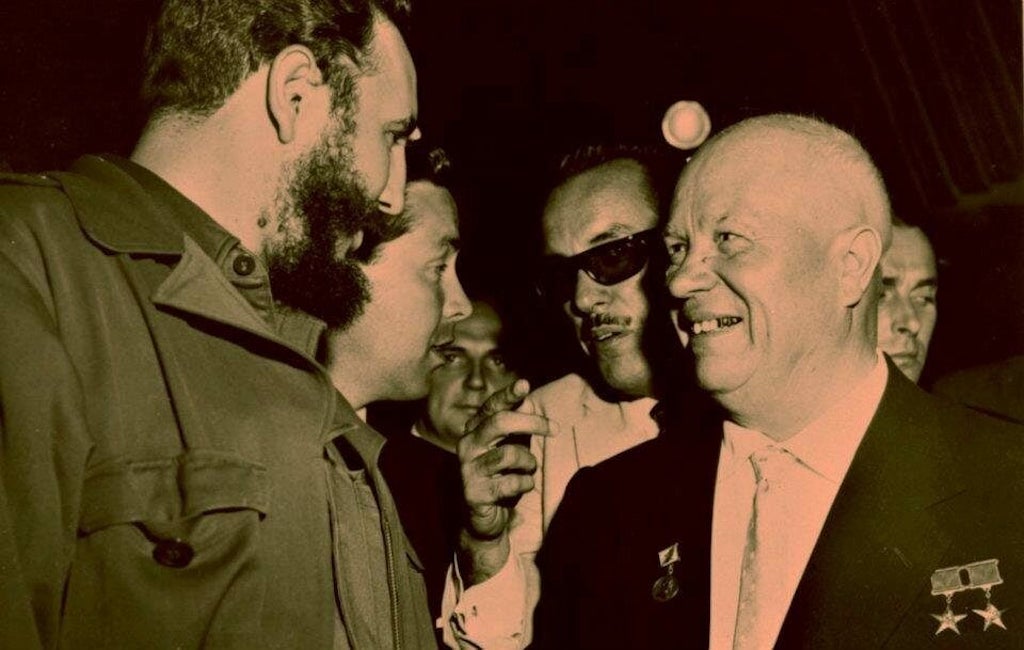 Nikita Khrushchev is one of the most well-known leaders of a communist nation. As leader of the Soviet Union from 1953 to 1964, he also became arguably the most well-liked communist leader to date (that is, by democratic nations). Perhaps most notably, he denounced Stalin and implemented de-Stalinization, a move that shocked the country and communist supporters worldwide. It even required him to flee the country — to Poland — for some time.

Take a look at these little-known facts about the deposed Soviet leader:

Early in his career, Khrushchev boosted his stance by overseeing the completion of the Moscow subway station in 1935.

It’s no secret that Khrushchev and Stalin butted heads, likely leading to the eventual de-Stalinization. But when the latter was still in office, Khrushchev said he was once forced to do a traditional Ukrainian dance as a sign of obedience.

3. No Disneyland for you

When he took a trip to the U.S. in 1959, Khrushchev was slated for a stop in Disneyland. Government officials ended up canceling the event due to security concerns, over which he was said to be extremely upset. He was, however, able to visit a farm, a supermarket and a television studio.

Though he was forced out of office, Khrushchev came out of the ordeal in a good way. He was given an apartment, a country cottage and was paid a generous pension. He died seven years later of a heart attack.

5. After the Cuban Missile Crisis, Khrushchev was deposed

Khrushchev initiated the Cuban Missile Crisis by placing missiles in Cuba, as well as calling out the U.S. for “piracy and trying to destroy humankind.” However, President Kennedy was able to make amends with Khrushchev. His party said this was the last straw in a string of reckless behavior and had him deposed.

As a young boy, Khrushchev became an apprentice where he worked at a factory and learned metal fitting. However, he was fired when he collected money for family members of victims of the Lena Goldfields massacre, a mass shooting of striking factory workers by the Imperial Russian Army.

His metalworking skills also got him out of being drafted into World War I.

His first wife, Yefrosinia, died of famine in 1921, brought on by food shortages of the Russian Civil War.

He joined the Russian Communist Party in 1918, then joined the Red Army (Russian Krasnaya Armiya) as a junior political commissar. He worked his way up through the ranks, eventually serving under Stalin as First Secretary, then taking over as Chairman of Council of Ministers after the latter passed away.

Though he was working politically, in 1929, Khrushchev obtained permission to study metallurgy at the Stalin Industrial Academy. Two years later, he returned to Moscow to work as a party organizer.

Khrushchev was known for his brash, extroverted personality, even when being diplomatic. He had a reputation for stepping on toes, as well as trying to make amends with other countries.

He brought “reform communism” into being, with a goal to coexist peacefully with other countries, especially non-communist countries.