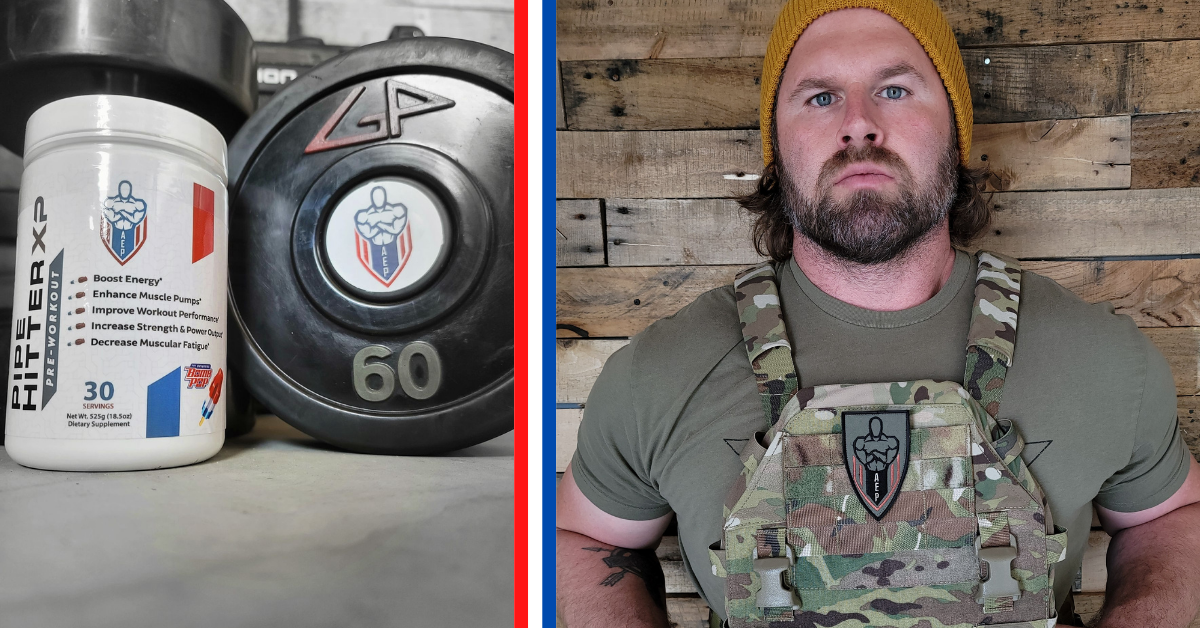 The world’s dietary supplement market was valued at 140.3 billion in 2020, with the United States leading the boom. But for Special Forces operators like retired Sgt. First Class Travis Wilson, focusing on health and wellness was always a passion.

Raised by an Air Force Pararescueman who’d served in the Vietnam War and an Air Force nurse, Wilson’s plan always included Special Forces. In fact, he grew up hearing the song of the Green Beret being sung by his father. “As a PJ, he was always picking those guys up on missions and had such respect for them,” he explained.

After attending a year of Wentworth Military Academy, he said he wanted more. Wanting to follow in his father’s footsteps, he headed to the Air Force recruiter. But he was turned away. “I got disqualified because of a surgery I had on my knee at 15 years old. It was 1995 during the Clinton Administration and they weren’t taking anyone with past surgeries. So I went across the hall and saw the Army guy. They were like, ‘Come on’,” Wilson laughed.

He enlisted as an Airborne medic. A few years later, Wilson tried out for Special Forces Selection to the Q-Course, hoping to earn the coveted Green Beret. He got picked up and then turned it down.

“I really wanted to go back to school and then come back to the military. So I left the Army to go to Boise State and played hockey while finishing my degree. As I was finishing up the wars were really kicking up,” Wilson explained. He was back to being a soldier in 2004. “I spent a little time in a regular army unit that went immediately to Iraq and I was a medic there.”

But the whole time he had Special Forces on his mind. Wilson’s previous selection was held up and he was welcomed into the Q-Course since he’d stayed in such good shape from playing hockey.

Assigned to 10th Special Forces Group, it was everything he’d hoped for. But there were hardships throughout, too. Wilson lost a son and his father, who’d he looked up to all his life.  “I loved team life and the guys,” he added. “I’ve been all over the world. I was a military freefall guy for most of my SF career.”

It would lead to a near fatal training accident in 2010.

“There was a night jump in Arizona and I think we jumped at like 14,000 feet. We weren’t jumping with NVGs [night vision goggles] and you had to look for the red chem light or green chem light on the back of the guys’ helmets in front of you,” Wilson explained.

Stacked up, he took the lead. Everyone’s parachutes opened without issue. “I made my way to the drop zone and it was around 500 feet up. I must have hit a night dust devil and the right side of my canopy decided it didn’t want to work. I just spun all the way down to the ground and went splat,” Wilson said.

He survived, but woke up to a fentanyl lollipop in his mouth and a broken back, amongst other bones. Wilson would have a total of 13 surgeries to correct the damage from the fall. “I started thinking about the rest of my life,” he said.

Though he would go on to serve a total of 21 years in the Army by the time he retired in 2017, Wilson began a path of passionate entrepreneurship. From opening supplement stores to gyms, all operated while he continued deploying and serving as a Green Beret – he was doing it all.

“I wanted to make my own product line so I sold everything and started Alpha Elite Performance,” Wilson shared.

Putting his degree in exercise science to work, it took off. “I saw a need for an endurance product for special operations guys. They would deploy and not really get to work out but they would drink Gatorade, or most of the time, they would drink energy drinks. And it was just horrible,” Wilson shared.

After getting together with a formulator, they created a supplement intended to really hydrate the muscles. “The guys all loved it,” Wilson added.

In 2021, Alpha Elite Performance hit 1 million in sales and it’s supergreen and sleep supplements were approved by the Special Warfare Center schools.

Though proud of the company’s progression, the true source of pride is its commitment to hiring veterans. “I have a vision of making sure that we hire veterans and disabled veterans, while giving them a competitive wage. A lot of times they’re overlooked for a lot of the skills that don’t cross over. We’ll make a position or find a position for them,” Wilson said.

Committed to giving back, he also recently filed a request to form Alpha Elite Performance Outdoors, a nonprofit dedicated to creating outside opportunities for veterans.

“I want to send them on hunting and camping trips. I’ve benefited from them myself and want it for them too. The fellowship with the guys around you is really important,” he explained. “Sitting around talking about what they’re going through, what they miss and it’s like that rucksack just keeps getting smaller and smaller, until they can actually wear it.”

This veteran Green Beret remains grateful for his lessons learned and successes. But he’s not done yet. “I hope to one day be a major competitor alongside these big companies,” Wilson said. “We’re making ripples and there’s no end in sight.”

To learn more about Alpha Elite Performance and its products, click here.