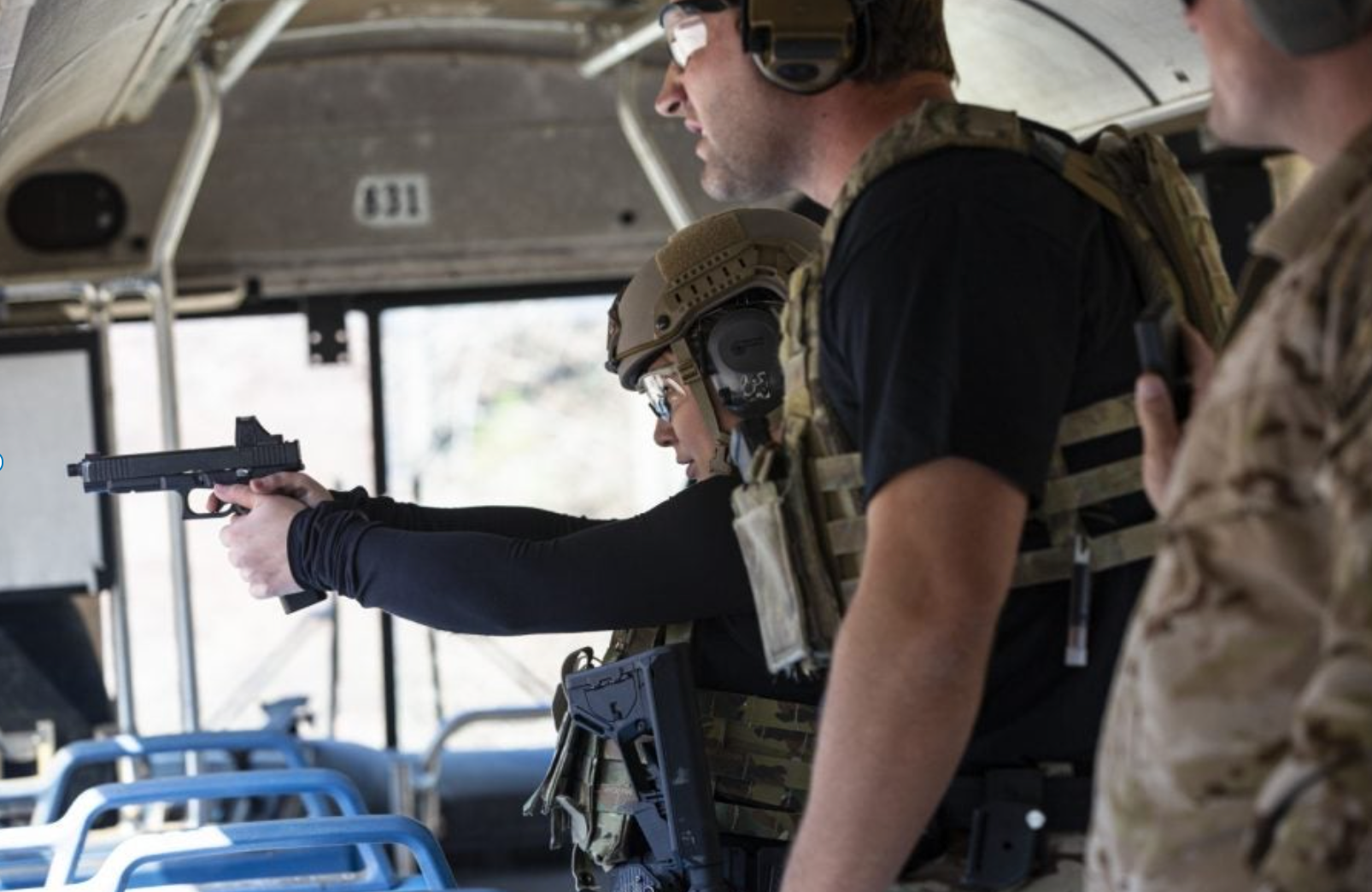 The Special Forces Charitable Trust is a 501(c)(3) charity that supports Green Berets and their families with meaningful and comprehensive programs that enhance their health and well-being. Given the elevated deployment rate and operational tempo of Special Forces, the strain on these operators and their families can be immense. As a charity, the support that SFCT provides is funded by donations. In 2020, SFCT hosted the first annual Celebrity | Green Beret Tactical Challenge. Celebrities teamed up with two Green Berets to take on the legendary Range 37 at Fort Bragg, North Carolina and raise money for the charity.

The first Tactical Challenge saw former NFL athlete Andrew East emerge victorious. This year, East returns to compete against other returning and new participants including fellow NFLer Eric Decker and actor and Desert Storm veteran Mark Valley. Although he is a late addition to the competition, Valley secured a sponsorship for his team from the International Longshoreman’s Association. Moreover, Valley is dedicated to both the Tactical Challenge and the soldiers and military families that it supports. “It’s a good cause,” he said. “I really feel like this is an opportunity to give back to these families and people who continue to serve.”

As a veteran, Valley is no stranger to the challenges that military service brings. “I was assigned to lead a team on the Nijmegen March, and we had to do 25 miles a day with a 25-pound pack,” he recalled. The International Four Days Marches Nijmegen is the largest multiple day marching event in the world. “That was kind of a heartbreaker.” Although he deployed during Desert Storm, it’s been some time since Valley was on a military range. “I’m not one of these guys that goes to the range all the time, but I’ve played someone on TV who does,” he joked.

While Valley stays in good shape, he wanted to brush up on his marksmanship before the Tactical Challenge. Luckily, former 10th Special Forces Group Weapons Sergeant Rob Hall of Great Basin Tactical in Utah generously offered Valley a few days of “intensive prep” to square him away for the competition. “It’s been a while…We had M16A2s when I was in,” Valley said. “I do joke around but…I’m taking it seriously.” Most importantly, Valley noted that he’ll be sure to keep his hands out of his pockets while he’s at Fort Bragg.

The Tactical Challenge is scheduled to take place December 15-16, 2021. You can support Mark Valley’s team and the Special Forces Charitable Trust by donating on his team page.