The shortest soldier to fight in Vietnam was a Green Beret 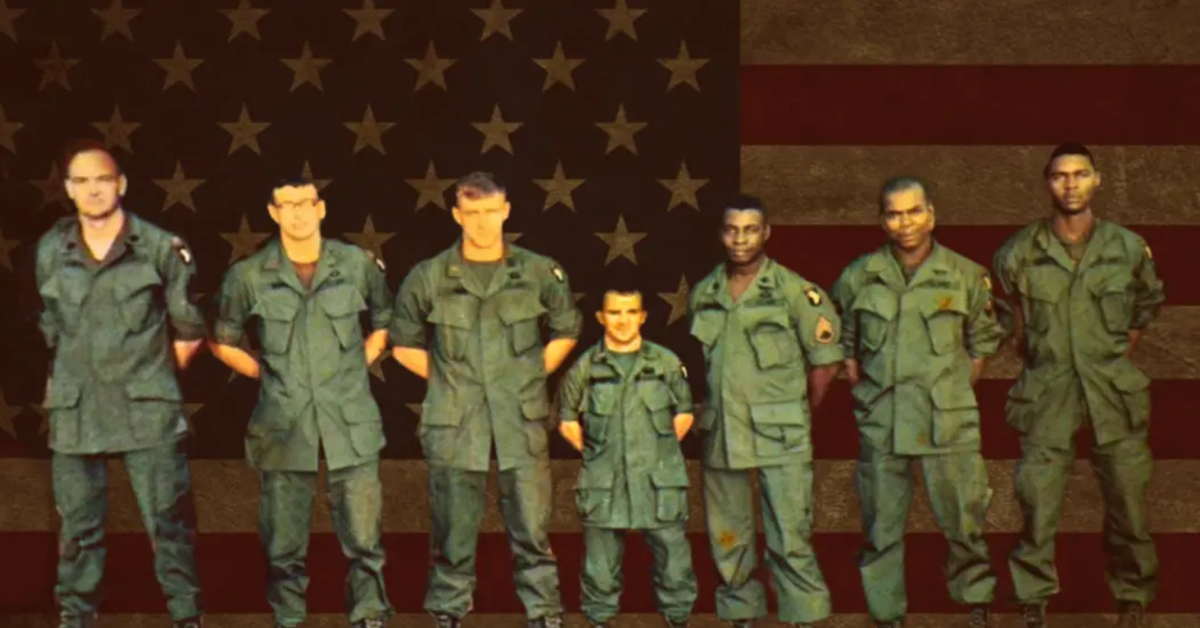 Many American men were trying to avoid serving the U.S. military in the 1960s and 1970s. One American man was trying anything to get in. Capt. Richard Flaherty had to get a waiver to join the Army during the Vietnam War. He wasn’t flat-footed, he had no debilitating conditions, and he was an otherwise perfectly healthy young man. His only problem was that he stood four feet, nine inches tall.

Some 385,000 American troops were sent to Vietnam in 1966, the year Richard Flaherty graduated from high school. U.S. involvement in the Southeast Asian country had more than doubled from 1965. Network news was filled with the stories of young men dying in combat to stem the spread of Communism to South Vietnam.

With the draft in full swing, many American males of a certain age did what they could to avoid being drafted or otherwise qualifying for military service. Some even fled to Canada to escape conscription. Richard Flaherty of Stamford, Connecticut was not one of them. He was working on finding a way to join.

This would-be Captain America was just 4’9”, three inches too short for Army service. It was the result of his mother’s rare blood type that left him vulnerable to oxygen deprivation as an infant. This early condition stunted his growth. When it came time to weigh in, Flaherty barely tipped the scale of 100 pounds.

Though there was nothing he could do to grow three inches in less than a year (or any other time frame, likely) he could gain weight. He began to eat and stay in fighting shape, as he was an avid sportsman in high school, especially good at martial arts. When he finally got past the 100-pound mark, he petitioned his Congressman to obtain a waiver for the Army’s height restrictions.

There is, in fact, a waiver for everything. In September of 1966, Rep. Donald J. Irwin of Connecticut got in touch with the U.S. Army Surgeon General, who recommended a waiver for Flaherty’s height. He enlisted that same year, finishing basic training, qualifying for Officer Candidate School, and deploying to Vietnam as a second lieutenant.

He first deployed to Southeast Asia in 1968 as a member of the 101st Airborne Division. 1968 was a tumultuous year for service members in Vietnam. It was the year of the Tet Offensive, where U.S. troop numbers peaked at more than half a million. It was also the most expensive and deadliest year of the war.

Flaherty and his men did not escape that violence. His unit in the 101st was ambushed as it passed a hidden North Vietnamese bunker. The NVA troops hit the soldiers with machine guns and rocket-propelled grenades. But Flaherty spotted the bunker, rallied his soldiers and led a charge under heavy fire that cleared the area of enemy troops. For his leadership and heroism, he was awarded the Silver Star.

He returned to the U.S. that same year to attend the Army Special warfare School at Fort Bragg, where he earned his green beret. He returned to Vietnam in 1969 and was stationed there until 1971. During this deployment, he would be promoted to captain, earn two Bronze Stars and would be wounded in combat two times, receiving a Purple Heart for each time.

Flaherty left the Army in 1971 and attended the University of Miami in Florida. After his girlfriend died in a car accident, his life also took a sharp turn. He had a few run-ins with the law before becoming a confidential informant for the Bureau of Alcohol, Tobacco, and Firearms. By 1990, he was homeless and living on the streets of Aventura, Florida.

He was killed in a hit-and-run accident in 2015. The only reason anything is known about his own past is that he shared it with an Aventura cop before he died. The two maintained a long friendship. Flaherty is buried in an unmarked grave in Milton, West Virginia.

His friend, David Yuzuk, used his own money and launched a crowdfunding campaign to produce a documentary about his friend’s life. “The Giant Killer” is available on Amazon Prime and iTunes. Yuzuk told the West Virginia Gazette that he hopes the documentary will make people think twice about judging the homeless.