How alchemy was the marketing scheme of the medieval world 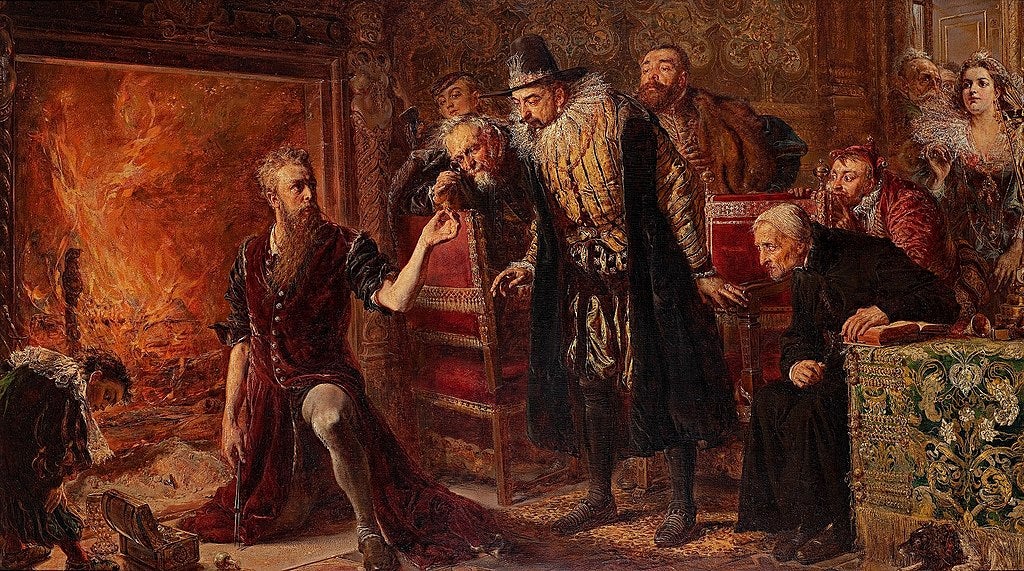 In the medieval world, alchemy was used to scam rich people out of their money. Middle-age alchemists approached their work with a comprehensive attitude. They were of the opinion that a pure body, spirit, and mind were essential to go after the alchemical pursuit successfully. Integral to medieval alchemy was the notion that all matter was composed of four elements: fire, water, air, and earth. It was theorized that anything on earth could be formed with the right combination of elements, including cures for diseases, metals, fashioning weaponry and the ability to prolong life.

Renowned Alchemists also had other professions that allowed them to bend the ear of those with the power to wage war. While Alchemy itself is not a science, it did give birth to scientific advancements in the art of war. Alchemists strongly believed that one substance could be transformed into another; hence, medieval alchemists’ famous cliché in pursuit of change lead to gold. Although alchemy operated on factors that did not fit modern scientific discipline, it was considered art just as much. Gurus kept their practices secret and used muddling symbols together with peculiar names for the materials they surveyed. This was very enticing for ambitious rulers who needed money to fund their campaigns.

The history of alchemy points back to ancient times, where it evolved solely in Greece, India and China. In all three regions, alchemy gradually degenerated to superstition then later moved to Egypt, where it was treated as a scholarly discipline. Some people believed the story behind it, while some did not.

In Europe, it was resuscitated by the 12th Century scholars who could translate Arabic into Latin. Arabic had a big role in spreading alchemy as most books were translated into Arabic from Greek and then introduced to the Europeans. Aristotle’s writings were rediscovered, and they also contributed a significant part to the practice. By the time the 13th century was ending, most of them renowned theologians, scientists and philosophers had gone through it and were critiquing the art.

In today’s era, having the mandate to change lead into gold has incredible benefits, but in medieval times, alchemists did not aim to change metals to gold because of avarice. The practitioners considered gold the most significant development of nature and began the personification of human regeneration and renewal. They believed that if both gold and lead were constituents of air, fire, earth, and water, they could transform lead into gold. Historians have estimated that Isaac Newton, who is known for his study on gravity, wrote more than 1 million words about alchemy in his lifetime. Indeed, alchemy has been proven to show up in odd times and places.

The best example of fraudulent gold

In 1570, Venice lost its valuable island Cyprus to the Turks. Territorial expansion in search of resources is common throughout the history of combat. From the point of view of the losing side, Venice went bankrupt. The desperation to turn the economy around forced the common folk and elite to turn to Brigadino, a famous yet fraudulent alchemist. He claimed to have found a way of converting worthless objects into gold. One of his demands was that while he developed the method to produce the economy saving metal was have all the expense paid for. Venice thought his work was legitimate because he always carried gold coins with him and was guarded by his two dogs every time.

The people from Venice were amazed and honored to have Brigadino in their neighborhood. They even bought alchemy books in an attempt to learn the art themselves. When the state asked about his plan because they thought he was taking too long, he performed a trick where he formed gold dust from worthless minerals. He explained how he could double the gold instantly, but waiting for seven years was the only option if they wanted more. At this point, the people realized he was full of something else other than gold and a mob assembled to kill him.

Instead of making it better, Brigadino left Venice’s economy in the worst state than he found it. The man was wanted in several other states for performing the same trick as in Venice. Many were desperate and wanted to believe in alchemy so badly that they fell for simple tricks. Eventually, Brigadino fled Venice but still proceeded with his tricks elsewhere. In a way, he could produce gold out of thin air by converting lies into money.