How the sling was an effective weapon in human history 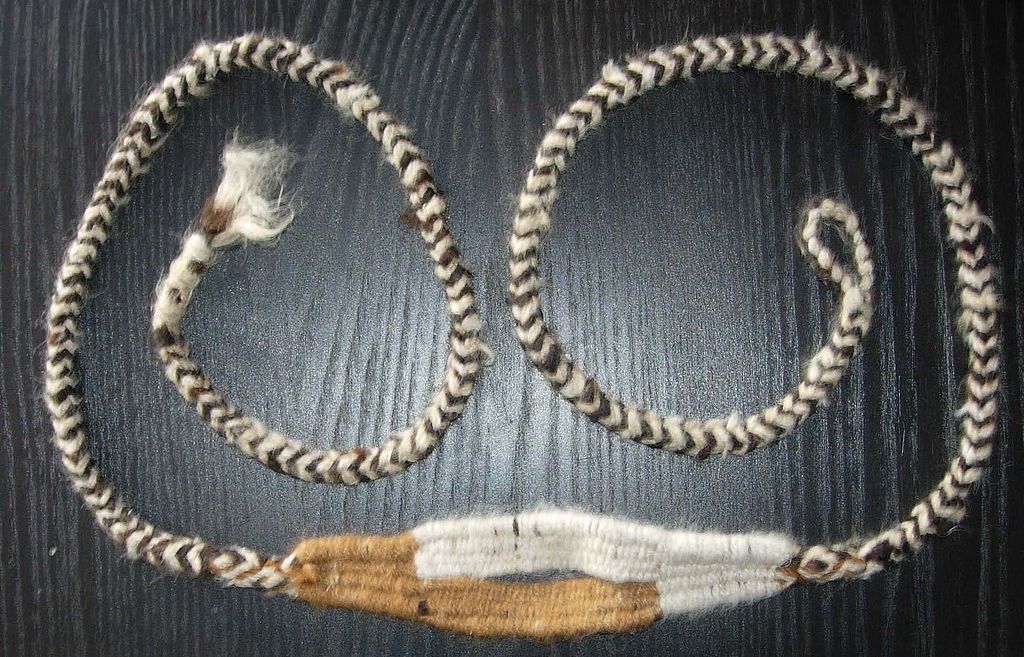 A South American sling made of alpaca hair.

Slings were one of the first innovative missile weapons used in combat during ancient times. A sling typically constitutes a mini leather socket connected to two cords running from either side.  To operate the weapon, the slinger would place the missile snugly in the straps, hold both cords ends using the same hand, then whirl the sling rapidly above the head while letting one cord lose at the right time. This would enable the missile to fly at a very high speed, causing severe injury or death to the targeted person. During the European Middle Ages, a different type of sling was invented for use in siege operations. It was shorter, held with both hands, and was used to propel heavier missiles.

In the Bible, several instances where slings were used are mentioned. The famous young David killed the mighty Goliath with a single missile thrown using a sling. Additionally, Assyrian monuments prove that slings were used during combat by the Egyptian Army. During the fight between Greeks and Persians, Gelon offered slingers to fight among the Greeks. Although the weapon was very effective and deadly, ancient Greeks believed that it belonged to barbarians. The Romans also had proficient slingers in their army, and they were as important as archers. Most of the Roman slingers were picked from Africa, Syria, and Greece as these regions were famous for their competence with the sling.

Frankish armies were the most popular with slings, particularly when defending trenches in the 14th century. As time passed, the sling was modified for different uses. Some armies used it to throw grenades at their opponents, while others, like the Achaeans, modified one that could propel bolts fitted with iron heads. By the 18th century, most armies had professional slingers who were considered crucial during combat. In the pre-Columbian American era, the Spanish were only terrified by one weapon; the sling.

What made this tiny weapon more powerful than most was its unique combination of accuracy, power, rage, and versatility. To master the art of using a sling, the slinger had to go through intense training while observing consistency. In fact, most skilled slingers were trained from childhood, where they would hunt birds with slings. Without this prowess, anyone holding the weapon would be useless. The weapon was unusually hard to operate, especially because the slinger was required to whirl it while aiming and firing simultaneously. It was common to see trainees firing the missiles backward during the first training days due to a lack of expertise.

Although slings were much slower to reload and harder to use than bows, they were lethal and destructive. Somehow, the sling could take down a fully armored soldier when aimed properly. Other than prowess, the slinger needed to be strong enough so he would fire it within long ranges. With time, the use of slings in combat declined due to the discovery of better weapons that were easier to use. Besides, when nations were in need of large armies, it was easier to train soldiers with other weapons like swords and crossbows than slings.

Nonetheless, the effectiveness and lethal capabilities of the sling during medieval times can never be ignored. A sling was more useful in siege operations than any other weapon as they could easily be sneaked anywhere without attracting attention. They were also very light therefore offered convenience during transportation. Although simple, the sling was used for more than 10,000 years as a premier ranged weapon as it had reached its pinnacle of development.