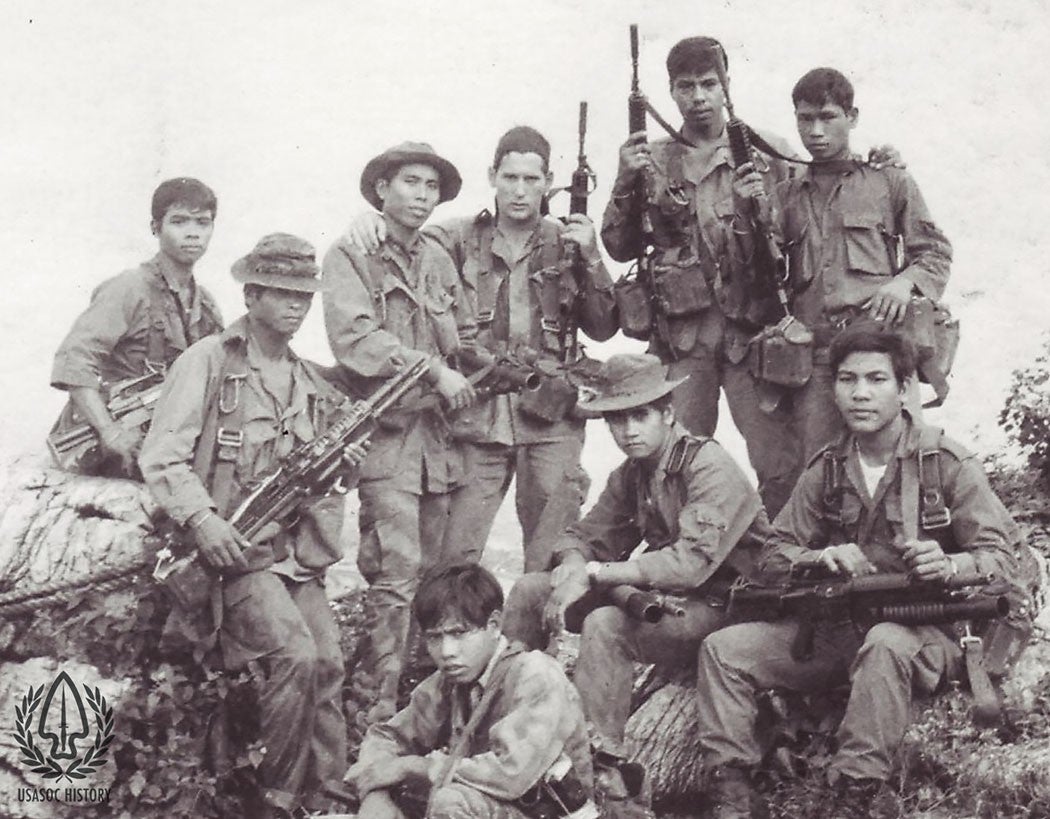 The U.S. Army’s Special Forces soldiers are some of the most capable troops in the world. They might even be the most capable people. Putting on the coveted green beret means being able to handle yourself in almost any situation at any time, and coming out on top.

For those working in Special Forces, it comes with varying degrees of difficulty. Today’s Special Forces soldier works in counterterrorism, counter-narcotics, hostage rescue and other potentially classified operations. But the primary mission of those who wear the green beret is to wage unconventional warfare against a hostile, possibly occupied nation.

This often means turning a population or oppressed minority against its occupiers. They often find themselves training an undermanned, underequipped fighting force. In Vietnam, where the Green Berets cut their teeth, this often meant surviving in the jungles for long periods of time.

In Vietnam, the Military Assistance Command – Vietnam – Studies and Observations Group (MACV-SOG) was a joint CIA-Army operation used to collect intelligence and fight the covert war happening in the dense jungles of the country. The oppressed minority in this case were the Vietnamese tribes of Montagnards.

The Montagnards’ name comes from the French for “mountaineers” and though they live in Vietnam, they are ethnically and culturally different from the Vietnamese. The 30 tribes of Montagnards live off of the land, growing food and hunting for survival. They were looked down upon by the Vietnamese and didn’t trust either the north or the south. Eventually, they cast their lots with the south – and the reason for that was the Green Berets.

Army Special Forces soldiers worked with the Montagnards (called “Yards” for short) to form a kind of quick reaction force (QRF) that would defend southern villages from attacking bands of Viet Cong (VC). The highland areas occupied by the Yards were prime real estate for moving men and material to the war zones. Isolated villages were easy pickings for the VC. The Green Berets moved in to advise the Yards.

By the end of 1963, the Yards were organized into a real fighting force of 43,000 men and an 18,000 strong QRF. The Green Berets and the Montagnards gelled instantly. The Yard appreciated the Army’s finest for their help and the green berets appreciated the honest, primal toughness of the Yards – and their resolve to defend what was theirs.

They were a lot alike in that their ways seemed odd to everyone else. The Montagnards would often find food that seemed unwholesome or unsavory to others. The Special Forces knew what that was like. After displaying their survival skills to President Kennedy, skills where they caught and ate snakes, they were stuck with the moniker “snake eaters.”

To the rest of Vietnam, the Montagnards were called savages. The similarities didn’t stop there. The U.S. soldiers loved the Yards prowess in combat. They were natural soldiers, brave and trustworthy. They knew they could count on the Montagnards to watch their flanks.

All good things must come to an end, however. When the United States was forced to leave South Vietnam to its own defense, things didn’t fare so well. The Montagnards fought well, but they couldn’t defend the whole country on their own. When the South Vietnamese government fell, they accepted the result.

But they didn’t fare well. The North Vietnamese did not forget the Montagnards’ work with the U.S. Army Special Forces and the communists made life especially hard for the mountain tribes in the years to come.