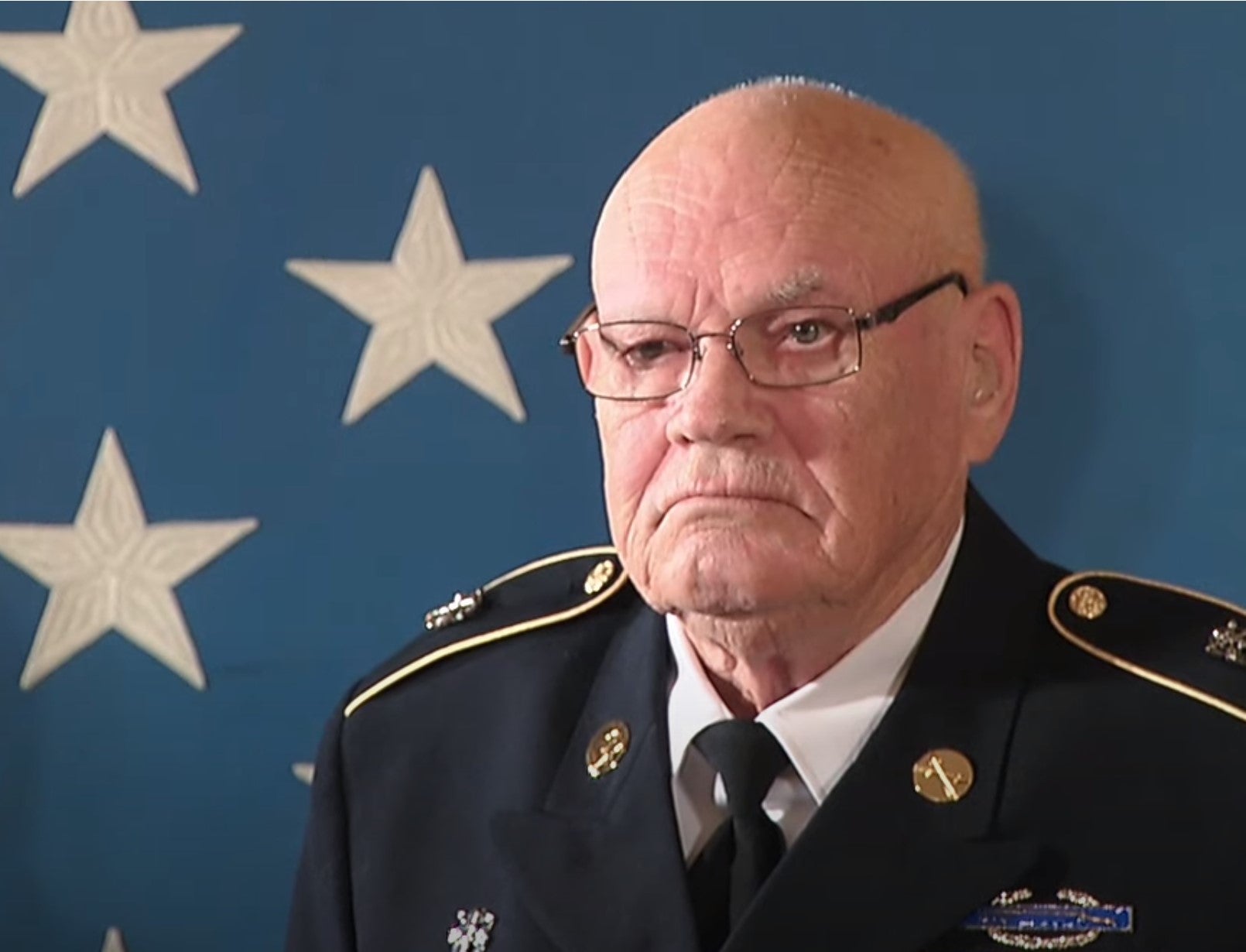 In 1966, the U.S. Army’s Sgt. 1st Class Bennie Adkins fought the North Vietnamese Army for almost four days, using whatever was at his disposal: mortars, machine guns, small arms, and hand grenades. He killed as many as 175 enemy troops and was wounded 18 times. Over the course of the battle all of the men of his unit were either killed or wounded.

For his gallantry and bravery, the Army presented him with … the Distinguished Service Cross.

The Distinguished Service Cross, the U.S. military’s second highest military honor, is no small award, but after all was said and done, after all the participants were interviewed and the communications during the fighting were scrutinized, Adkins actions that day in Vietnam called for the highest honor the U.S. can bestow on its armed forces. Why he did not receive the Medal of Honor back then is unclear.

After a lot of lobbying by Alabama Congressman Mike Rogers and then-Secretary of Defense Chuck Hagel, the award was upgraded in 2014. Adkins, having achieved the rank of Army Command Sergeant Major, was presented with the Medal of Honor by President Barack Obama in a White House ceremony.

Here’s an excerpt from Adkins’ Medal of Honor citation:

When Adkins’ camp was attacked by a large North Vietnamese and Viet Cong force in the early morning hours of March 9, 1966, Sergeant First Class Adkins rushed through intense enemy fire and manned a mortar position continually adjusting fire for the camp, despite incurring wounds as the mortar pit received several direct hits from enemy mortars.

Upon learning that several soldiers were wounded near the center of camp, he temporarily turned the mortar over to another soldier, ran through exploding mortar rounds and dragged several comrades to safety. As the hostile fire subsided, Adkins exposed himself to sporadic sniper fire while carrying his wounded comrades to the camp dispensary.

When Adkins and his group of defenders came under heavy small arms fire from members of the Civilian Irregular Defense Group that had defected to fight with the North Vietnamese, he maneuvered outside the camp to evacuate a seriously wounded American and draw fire all the while successfully covering the rescue.

During the early morning hours of March 10, 1966, enemy forces launched their main attack and within two hours, Adkins was the only man firing a mortar weapon. When all mortar rounds were expended, Adkins began placing effective recoilless rifle fire upon enemy positions. Despite receiving additional wounds from enemy rounds exploding on his position, Adkins fought off intense waves of attacking Viet Cong.

Adkins eliminated numerous insurgents with small arms fire after withdrawing to a communications bunker with several soldiers. Running extremely low on ammunition, he returned to the mortar pit, gathered vital ammunition and ran through intense fire back to the bunker. After being ordered to evacuate the camp, Adkins and a small group of soldiers destroyed all signal equipment and classified documents, dug their way out of the rear of the bunker, and fought their way out of the camp.

While carrying a wounded soldier to the extraction point he learned that the last helicopter had already departed. Adkins led the group while evading the enemy until they were rescued by helicopter on March 12, 1966.

During the ceremony, Adkins, who used a cane for mobility, stood at attention, unassisted, as the president put the Medal of Honor around his collar. He saluted the crowd and then walked off stage. “This Medal of Honor belongs to the other 16 Special Forces soldiers with me,” he said.

Adkins passed away in April 2020 following complications with COVID-19.