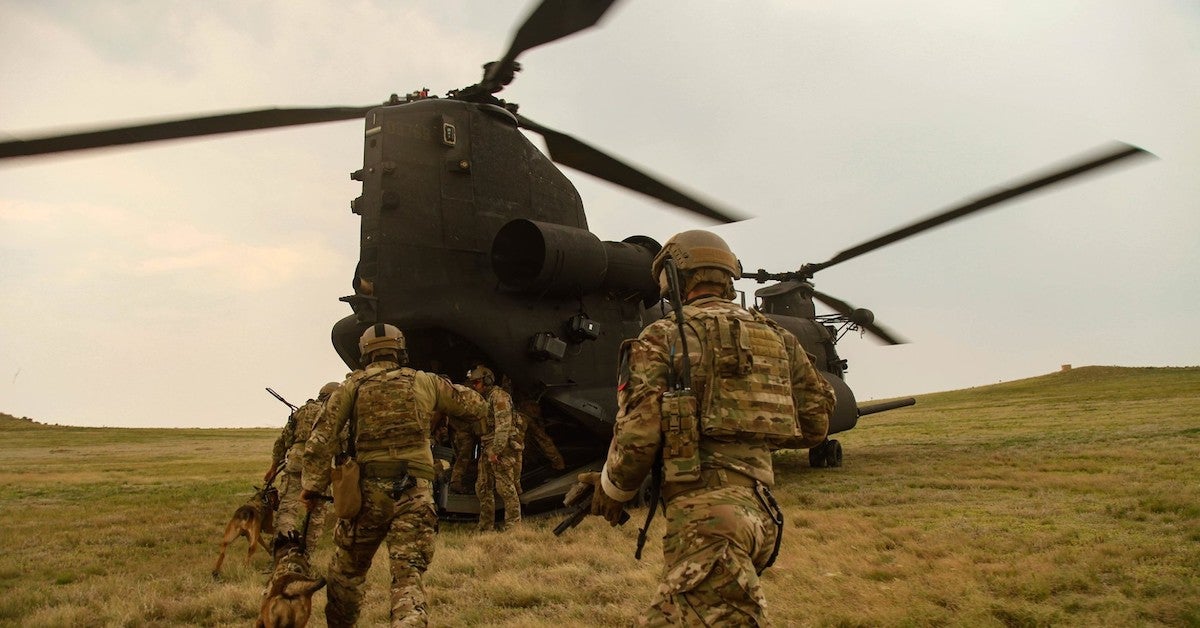 The Green Beret Foundation is the premiere benevolent organization dedicated to the Special Forces soldiers and their families. The organization is now poised to do even more thanks to its newly announced Veterans Services Organization accreditation by the Department of Veterans Affairs.

The Green Beret Foundation’s accreditation by Veterans Affairs is an accomplishment that GBF is extremely proud of. At this time, it is the only special operations charity to hold the distinction. The organization recognizes the deep impact and importance the accreditation offers and leadership states that they look forward to being able to greatly expand their ability to serve.

“The overall health and wellness of a Green Beret and their family is our priority, and this accreditation is a testament to our expertise and level of support as the premier benevolent organization in the Special Forces community,” Brent Cooper, Executive Director of GBF shared.

While the GBF has been supporting its Special Forces soldiers with their needs from the VA for some time, its hands were tied with how much help they could give in many areas. With the new accreditation, the GBF can now walk alongside its soldiers throughout the entirety of the VA claims process, which is known to be cumbersome and difficult to navigate even with support.

John Armezzani is the Veterans Services Director for the claims process with the VA. In a statement posted to the GBF website, Armezzani shared that, “This process, which may range from initiating claims to carrying them through VA and Board of Veterans Appeals hearings when necessary, will greatly enhance the capability of the GBF and its Next Ridgeline program to provide unique assistance throughout the life of our Special Forces veterans.”

One deeply impactful way the Green Beret Foundation’s accreditation will help is by being able to more fully support its soldiers as they leave the military. “This [accreditation] allows the GBF to expand it’s Transition Assistance Program from providing general informational briefings on benefits to filing the benefits claims for those separating service members,” Armezzani explained.

Not only will the organization be doing more to ensure its Special Forces soldiers receive the support they may need as they get out, but it will be able to be there throughout issues of hardship too. “GBF now has the ability to provide benefits assistance to Green Berets with life events such as change of career or in the event of a catastrophic health event. This includes dependents too,” Armezzani stated.

As the Special Forces soldiers from the Vietnam War era continue to age, their needs will most likely increase. The VSO accreditation will allow the GBF to step in and support these honored veterans by being their voices in the benefits claims process. “Inherent in this accreditation is the ability to provide benefits assistance to our legacy holders from the Vietnam era as they enter into the twilight of their lives,” Armezzani said.

Perhaps one of the most impactful parts of the announcement is the ability for the GBF to now represent its Special Forces Soldiers in the appeal process. “We will be able to represent Green Berets in appellate actions before the Board of Veterans Appeals when they disagree with a VA decision,” Armezzani said. No longer will they have to fight appeals without support, the GBF will be right there with them and will fight to ensure they are heard.

The ultimate goal of this newly-expanded program is to be able to install a representative at each location where a Special Forces Group is located. This will all be made possible through the generosity of donors and future fundraising efforts.

The Green Beret Foundation remains committed to ensuring that every single Special Forces soldier is not only honored for their service to this nation but also cared for the way they deserve. Although the VA VSO accreditation is an impressive and important feat to have achieved, GBF is ready to do even more.