How one milspouse nonprofit rallied the community for wounded Airmen 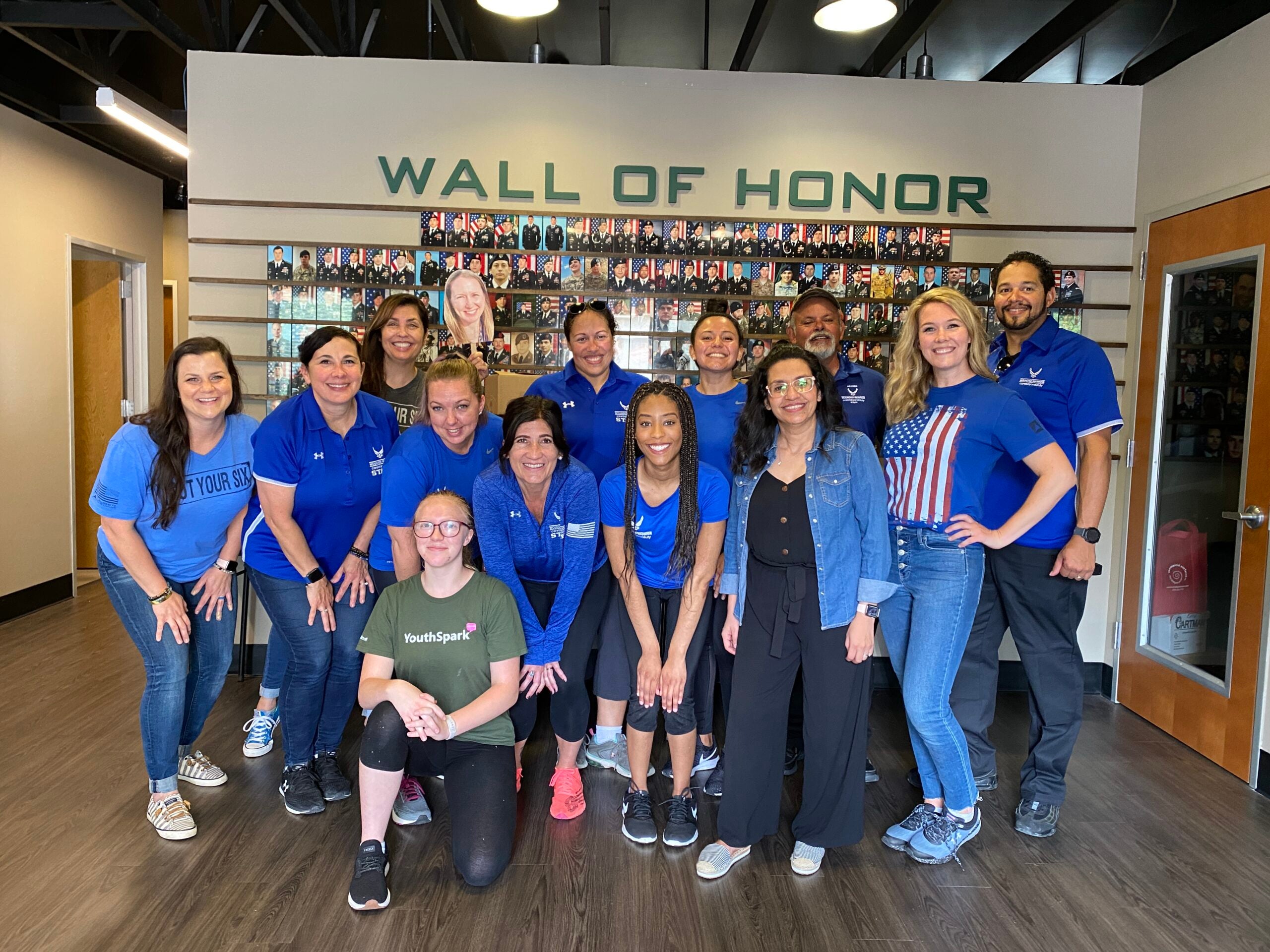 Photo provided by the Inspire Up Foundation.

Military relief organizations typically focus on their own service members and families. But on June 4, 2021, many of those organizations went all-in for wounded Airmen, instead.

In 2019, the Air Force saw unprecedented suicide numbers within their active duty force. It prompted a branch-wide stand down to address the alarming losses and opened an even deeper discussion on suicide prevention. The Air Force Wounded Warrior (AFW2) program saw success with their intense efforts that year but it was short lived. Known for their Warrior Care events and adaptive sports, much had to be put on hold the following year due to a global pandemic. COVID-19 quickly created increased isolation and caused negative mental health symptoms to skyrocket.

The Inspire Up Foundation, founded by four military spouses each affiliated with a different branch of service, wanted to help. Their primary mission is to serve the military and first responder communities. Jessica Manfre, a Coast Guard spouse and CFO of the organization, said they had to do something. “We’re well-known for our Spark and Inspire boxes we give away so we thought this was a unique opportunity to create a warrior box just for them,” she explained.

Manfre said they brought the idea to their primary sponsor and partner, Caliber Home Loans. The goal was to create 500 boxes for Airmen identified as at-risk and the company immediately donated $7,500 to the cause.

“Caliber believes strongly in stepping forward to support our military and veterans. Being a veteran Air Force spouse myself, this project really hits home. I’m thankful we could step forward to kickstart this endeavor to uplift Airmen in need,” Brittany Boccher, National Director of Military Community Engagement for Caliber Home Loans stated in the press release.

“I just finished reading Once a Warrior, written by Jake Wood. The book was an incredible journey through his Marine Corps service and his season of finding purpose outside his uniform,” Manfre explained. “I just couldn’t help but think this was the book these wounded Airmen needed to read. So, I emailed Jake and asked if he or his publishing company could help us with our project and they immediately said yes.”

Black Rifle Coffee company was approached next, known for their ongoing support of the military community. Manfre said the company immediately offered enough coffee for half of the boxes and gave the rest well below cost. The remaining funding was used to create a special warrior coffee mug and custom journal, a practice studies have linked to support healing.

The collaborating wasn’t done yet. Manfre said they had everything shipped to AFW2 headquarters in San Antonio, Texas — a city the Green Beret Foundation also calls home, too. “I called their executive director and asked if they’d be willing to host us to assemble and fill the boxes,” Manfre said. “He [Brent Cooper] said yes without hesitation. It didn’t matter that these weren’t soldiers or special forces, they were in.”

In the press release for the project, Cooper said they were proud to host. “Suicide is not exclusive to one branch of the military. Our service members and veterans continue to battle mental health every day and it’s critical for organizations to come together to accelerate the impact of reducing the suicide statistics,” he shared. “We are more than happy to be able to provide the workspace needed to the Inspire Up Foundation, one of GBF’s force multipliers, and work together to continue the fight against veteran suicide.”

On the day of the event, the building was filled with smiling volunteers from all walks of the military life. Samantha Gomolka, Army spouse and COO of the Inspire Up Foundation, said it was overwhelming. “The joy was palpable and it was so beautiful to see,” she explained. “Beyond immediately serving these wounded warriors, we want the world to know that taking care of our service members doesn’t stop when they take off the uniform. They deserve and need our support always.”

Maria Reed, Army Spouse and CEO of the Inspire Up Foundation, echoed that sentiment. “I get emotional talking about it but our warriors here at home need us just as much as those deployed do. Don’t forget them,” she implored through tears.

Also present for the event were local Air Force spouses like Verenice Castillo, CEO of the Military Spouse Advocacy Network, veteran special forces soldiers and the AFW2 Wellness and Resiliency team. It only took the group three hours to assemble and fill 500 boxes.

“We all just want this project to just be the beginning. Our military community was already hurting before this pandemic made it worse,” Manfre said. “It’s not even about a free box filled with nice things. It’s the gesture and the way we hope to show them they are loved and seen. As a therapist, I know the value of community and connection. For many, it makes a life or death difference.”