MIGHTY 25: Meet Pamela Powers, Air Force veteran and first female Deputy Secretary of the VA - We Are The Mighty 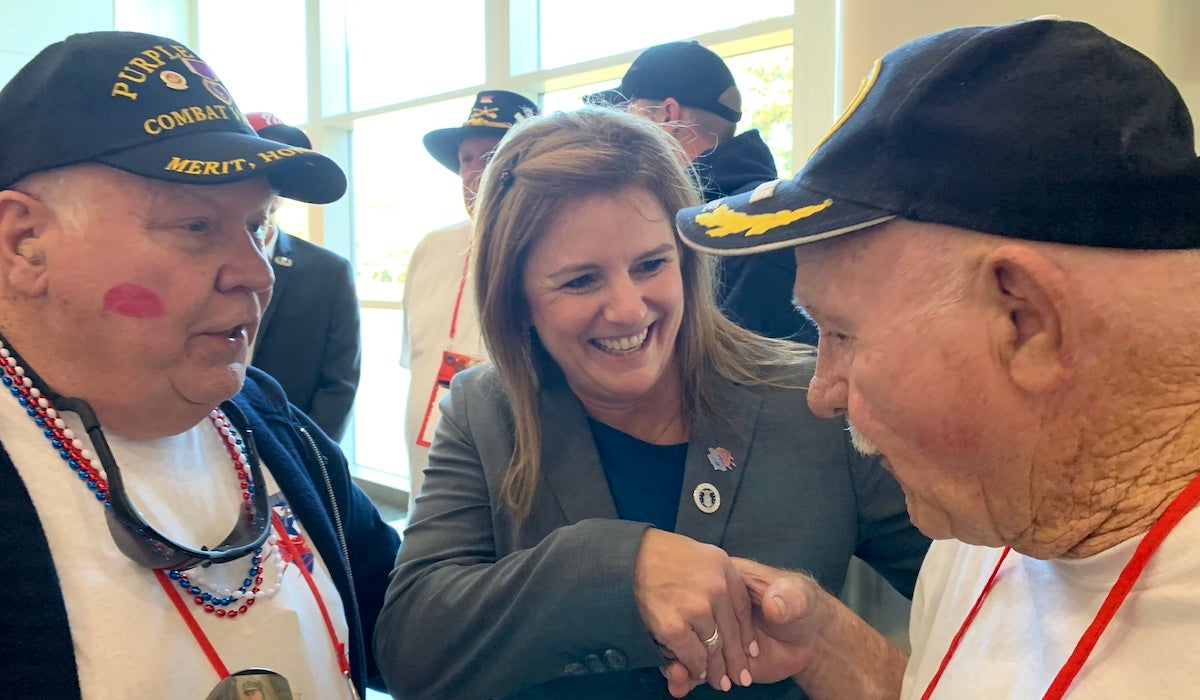 Retired Air Force Colonel Pamela Powers planned to enjoy retirement as she transitioned out of military service in 2018. But life had other plans for her – like becoming the first female Deputy Secretary of the VA.

“I grew up in a small town in Minnesota,” Powers told WATM. “My grandfather served in World War II, but he was part of the generation that didn’t talk about their service. I didn’t know he was in the military until I was an adult.” She also had a great grandfather who served during World War I. “My uncle was the only one I knew at the time who was serving and he was stationed at the Air Force Academy in Colorado Springs.” It would be a visit with him that would lead Powers to an impressive career, spanning 30 years.

Applying and attending the Air Force Academy was easily the best decision she ever made, Powers shared. “It has really been an honor and a privilege to serve this great nation,” she said. It’s one decision that she’s never regretted and one that has created a ripple effect of unique opportunities both professionally and personally.

“The military instills skills like discipline and determination…This was really the foundation of my personal and professional success. I learned that I can be mentally strong and resilient. I also learned that I can pretty much withstand anything that comes my way,” she said with a smile. Powers also credits her time in the military with developing her leadership abilities. “The best leadership is authentic and servant leadership. Bottom line is, I think the military has shaped me into who I am today.”

One of Powers’ passions is serving and supporting women veterans. Powers shared that when she graduated from the Air Force Academy, her class was only the 10th to do so with women. “It was at a time of transition where the military was just starting to see women as an important part of the nation’s defense,” She explained. “I am really excited to see that population grow. As women, we need to be strong enough to believe in ourselves even when others around us may not. It’s also about inspiring other women.”

Powers has found that many female veterans don’t even think of themselves as veterans. One of her priorities with her role has been to educate and inform them of their benefits at the VA. “I want to make sure that our women warriors get the care and recognition that they deserve,” she explained.

Her own experience in a male-dominated military pushed her to work harder and be better, she said. Powers also stated that it helped her create deep resiliency and what she termed “grit.” She would need it, especially as she continued to shock people with her status as an officer. “I went to Army war college and my husband was a United pilot. It was halfway through the year and we were at a party together when [attendees] assumed he was the service member and I was the spouse,” she shared. Although she laughed, it wouldn’t be the last time something like that happened. “The culture is changing in the military and it’s just taking a little bit of time to catch up.”

When Secretary Wilkie approached her to come work for the VA as Chief of Staff as she was poised to retire, she said yes. But she didn’t realize that not even two years later she’d be its number two leader, by the request of the president himself.

She recognizes the significance of being the first female Deputy Secretary of the VA and it’s one she doesn’t take lightly. “I want to be in a room and not be the first or the only female. I want to be recognized for kicking butt and making things happen,” she said with a smile. Despite this, she knows it’s a unique opportunity. “I want women veterans to see that the number two leader of Veterans Affairs is a female. I feel an obligation to make sure their voices are heard and they are understood and respected.”

Prioritizing the needs of female veterans has been at the top of her list in her new role. “We’ve done a lot of outreach and several women veterans events to get the word out. But we are also listening to our women and how they want to be served,” she said. Through her and the team’s innovative efforts, they are seeing more and more women come to the VA to seek resources.

Powers also remains deeply passionate about modernizing the VA. “We’ve implemented a number of really important and critical change-modernizing efforts,” she said. With her leadership, the organization has focused on improving access to care for the nation’s veterans. “We’ve really seen the difference just in three years; trust in the VA has jumped 25 percent. We know we are on the right path.”

The positive change and deep impact Powers has made through serving her country — both in the Air Force and now as the second highest leader of the VA — cannot truly be measured. It is her hope that her story will inspire a new generation of servant-leaders ready to stand up and make a difference.