How to fly a supersonic Russian MiG-29 Fulcrum right now 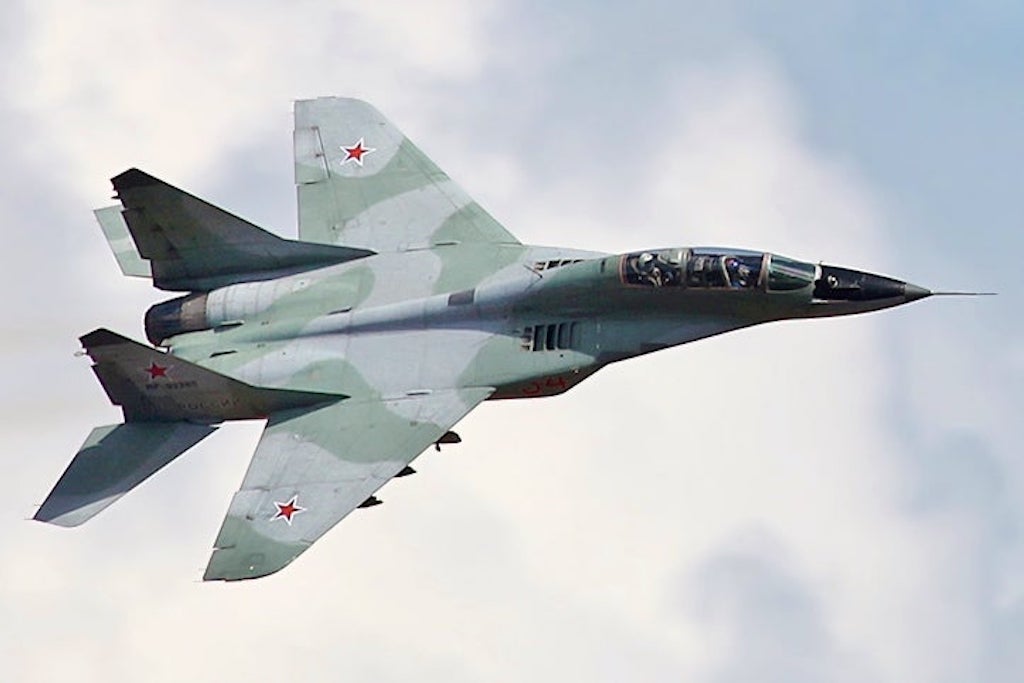 The MiG-29 may not be the most advanced fighter in the Russian arsenal but it still has all the features it needs to do what it was designed to do: take down American F-16s. Though it may not all the bells and whistles of the newer, more advanced MiG-35, there’s no way you’ll actually be able to fly a MiG-35, short of joining the Russian Air Force.

While that’s probably unlikely for most people reading this, anyone with the cash to spare can actually fly a MiG-29 Fulcrum. All they need to do is bring their money and their flying credentials to Russia.

MiGFlug is a Swiss company founded by two aviation enthusiasts, ​​Philipp Schaer and Flavio Kaufmann. The two traveled the world flying aircraft and they’ve personally selected the planes and options available to pilots and passengers alike. Admittedly, they put together a number of rare and unique options open to people worldwide.

In the United States, licensed, qualified pilots can take a ride in a Skunkworks masterpiece, the F-104 Starfighter. In Europe, you can fly the legendary Hawker Hunter, the MiG-15 or engage in aerial combat with two Czech-built L-39 Albatrosses. The real fun possibilities come in – where else – Russia.

During a visit to Nizhny Novgorod, home of the SOKOL Air Base, $17,000 will buy you a 45-minute ride in the Soviet Union’s most advanced fighter aircraft, the MiG-29. During the flight, trained pilots will take the stick of the aircraft. They will break the sound barrier, perform rolls, loops, Immelmann-turns, vertical ascents and tail slides.

If that sounds intimidating, even for an experienced pilot, that’s because it is. Your vitals will be checked before you climb aboard the aircraft designed to kill F-16 Fighting Falcons. But civilian pilots who’ve never flown fighters before don’t need to be intimidated, an experienced MiG-29 pilot will be there to make sure you don’t die tragically while pushing the plane to its limits.

The Mikoyan MiG-29 entered service in the Soviet Union’s air force in 1982, at a time when the United States was flying not just F-16s, but also F-15 Eagles, F/A-18 Hornets and who knows what other secret aircraft was cooked up at Area 51. The USSR’s answer to these aviation miracles had to be fast, maneuverable and above all, lethal. The MiG-29 had some later variants but wasn’t fully replaced until Russia introduced the MiG-35.

MiGFlug also offers anyone the chance to channel their inner tech billionaire and fly the Mikoyan MiG-29 to the edge of space. In a 50-minute flight, the MiG-29’s pilot will rocket you up 13.4 miles to the very edge of space, where you see the curvature of the Earth at an altitude that only Russian Cosmonauts and Astronauts have ever beaten.

Or if piloting the Soviet Union’s fourth-generation fighter isn’t your thing but you have the right stuff, you can still feel like a pioneer of military aviation by going up in a Soviet-built Ilyushin IL-76 MDK and experience zero gravity. This package includes a tour of the Yuri Gagarin Cosmonaut Training Center.

Just bring $7,000 for your solo spaceflight to Zvyozdny Gorodok, north of Moscow. If you have a group of friends, you all can rent out the Ilyushin for just $70,000. You will likely love it, judging by customer comments, but your stomach may feel differently.