Enlisting in 2021? Here’s how to choose the right branch for you - We Are The Mighty

Enlisting in 2021? Here’s how to choose the right branch for you 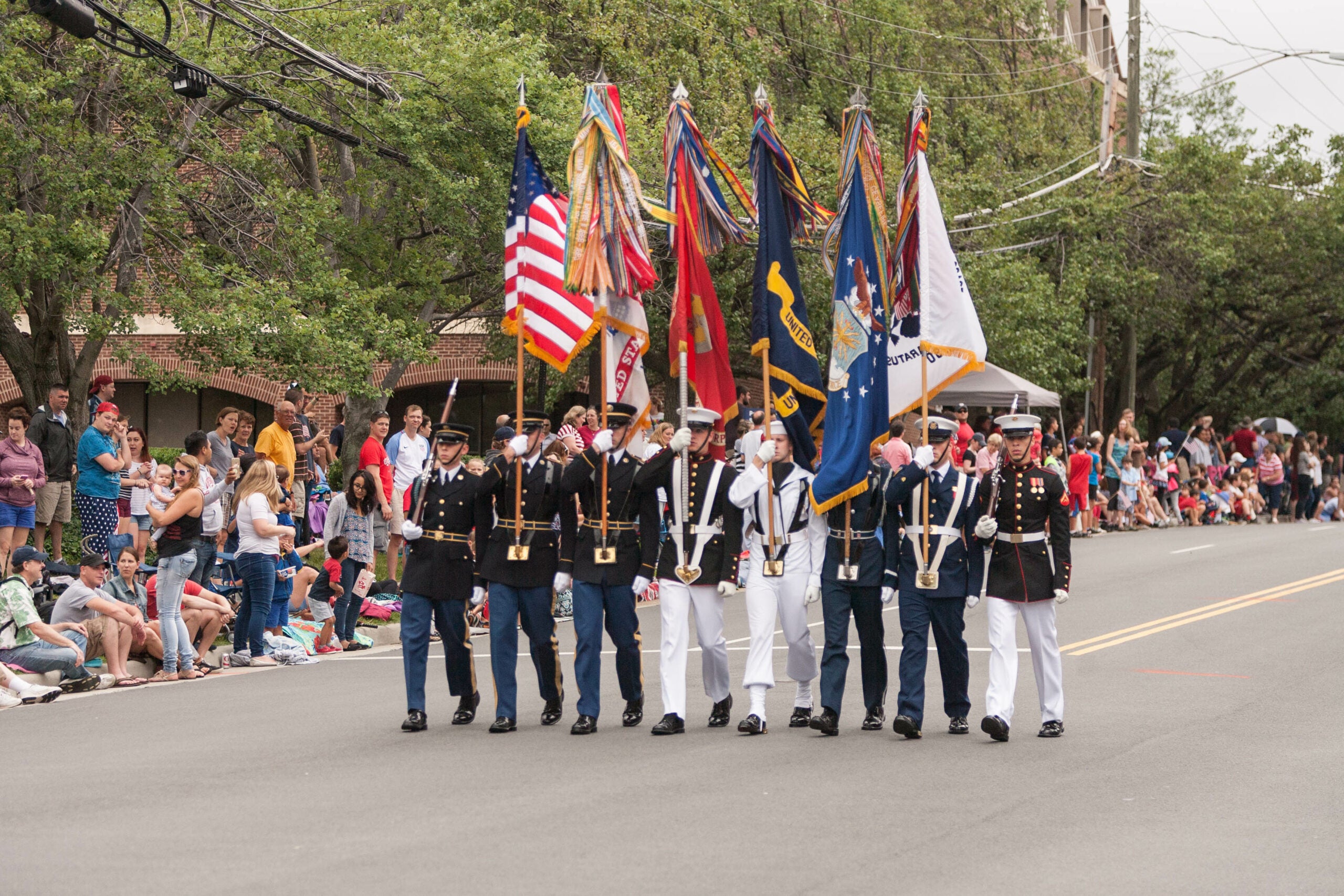 If you’re considering joining the military, congratulations! Military life comes with amazing benefits and a lifelong community, but experience from branch to branch varies widely. While you should research any branch you’re considering thoroughly before enlisting, this guide can give you an overview of what to expect from each one.

Who should join the Navy?

If you like life on the water, the Navy is a safe bet. After basic training, you’ll have to choose from a list of “rates,” or jobs. You can go into engineering, weaponry, medical, construction and numerous other fields, each with specific jobs called “ratings.” You can also train to become a Navy SEAL, but be warned; only a handful of those who begin training succeed.

There are plenty of other ratings, though, like being a Navy Diver or an Intelligence Specialist. If those are too intimidating, someone also has to handle the laundry and cooking. We’re not joking. Some ratings aren’t quite as thrilling, like being the Ship’s Serviceman or Aviation Maintenance Admin.

Who should join the Army?

As the oldest branch of the military, the Army is one of the most popular branches to join. That doesn’t mean it’s easy, however. Basic training in the Army is incredibly tough, second only to that of the Marines. During Basic Combat Training, you undergo a grueling 10 weeks of training. During that time, your physical fitness is put to the test. You’ll also learn basic marksmanship, tactical foot marches, field training exercises, and Army values. You’ll have to suffer through gas chamber training, too- and it’s not fun. (But don’t worry, it won’t kill you!)

You’ll also have to pick a MOS, or Military Occupation Code. There are tons to choose from, but you probably won’t qualify for them all. Your score on the Armed Services Vocational Aptitude Battery, or ASVAB, will determine what your options are. Still, there are so many to choose from that you’re bound to find something that interests you.

Who should join the Air Force?

If you’re looking for a military job that’s more similar to civilian work, the Air Force is probably your best bet. It’s very well-funded, and it works more like a corporation than a combat unit. Basic training is significantly easier than it is in other branches, because high levels of fitness aren’t as important. You still need to be in decent shape, but the eight and a half weeks of training are more about drills and learning Air Force standards than combat training. You’ll still learn basic rifle skills and undergo explosives training, and train for deployment.

Sounds cool, right? Yes, with a caveat. Lots of people go into the Air Force with hopes of becoming a pilot, but there are just over 1,000 pilot slots open each year. About half of those are reserved for Air Force Academy grads, and another third are set aside for ROTC members. If you want to become a pilot, signing up for the Air Force isn’t your safest bet. Check out the Air National Guard instead.

The options in the Air Force are still appealing, as long as you’re not deadset on flying. You can become a drone pilot, an air traffic controller or a cyber warfare expert; the later of which open up amazing civilian job opportunities after retirement from the military.

Who should join the Marines?

If you want to see combat, join the Marines. If you don’t, steer clear. The Marines work both on land and at sea to defend Navy bases and participate in Naval campaigns. Because Marines are usually on the front lines when deployed, boot camp is extremely rigorous. If you can’t deal with getting yelled at, don’t sign up. Marine boot camp takes place in three phases, which include everything from intense training and martial arts to rifle skills and swim training.

Marine jobs are organized by MOS’, just like other branches, but many people sign up specifically to be an infantryman. Being in the infantry means participating in foreign conflicts right off the bat. Other options that lead to more opportunities upon retirement include dog handling, cryptologic digital network technology, and counterintelligence.

Who should join the Coast Guard?

If your biggest goal for your future military career is to save lives, join the Coast Guard. The Coast Guard is responsible for search and rescue missions, but that’s far from all they do. They intercept drug trafficking ships, inspect container ships, work on environmental protection, escort civilian ships with risky cargo, and lots more. Basic training takes eight weeks. During that time, you’ll have to meet physical fitness standards, plus practice specialized water training, firefighting, and marksmanship. When you graduate, you have a solid chance of being guaranteed a base location, which is a big plus.

Most people join the Coast Guard because they want to be Aviation Survival Technicians, aka rescue swimmers. Being a gunners mate is another popular job, but there are plenty of less adventurous options, too. If you don’t mind sitting around keeping watch, operations specialists do that a few days a week for up to 12 hours at a time. Not the most exciting, but much less risky, too.

At the end of the day, choosing the right branch all comes down to you.

These descriptions are only guidelines. If more than one branch intrigues you, dig deeper. Learn more about day to day life in any branches of interest. If you’re really serious, you can speak with a recruiter as well, or connect with veterans to understand exactly what you’re signing up for.

Consider your long-term goals as well. Where do you want to be in 10 years? An engineer or pilot will have many more job opportunities after service than someone in the infantry. Enlisting isn’t your only option, either! You could become an officer instead, which is a totally different ballgame.

This isn’t a decision to make on a whim, so take your time to figure out the perfect branch for you. You won’t regret it.