Make-a-Wish founder and Air Force veteran Frank Shankwitz dead at 77. His legacy will live forever. - We Are The Mighty 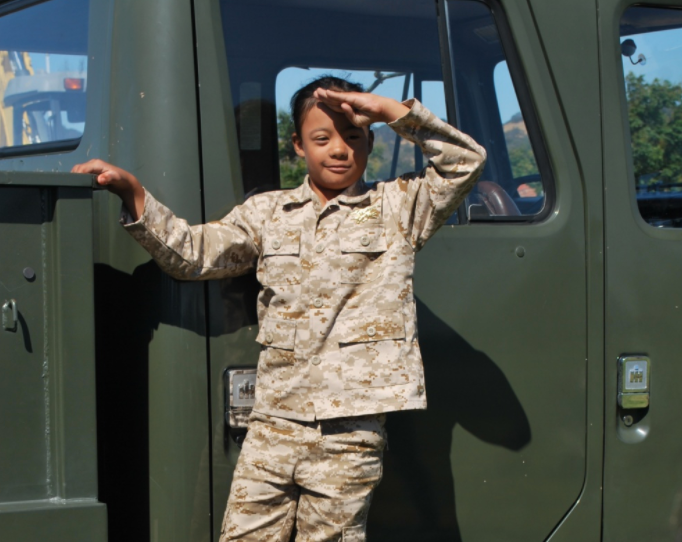 Air Force veteran, founder of the Make-A-Wish Foundation and absolute giant of a man, Frank Shankwitz, passed away earlier this week at the age of 77.

This is his story.

To say Frank Shankwitz had a rough childhood is an understatement. Shankwitz was born in Chicago and his mother left him when he was young. His grandparents took him, which he recalled as “happy times,” until one day his mother kidnapped him off a playground and told him they were heading back to Arizona.

They stopped in Michigan for five years.

When he was 10, they finally reached a tiny town in Arizona on Route 66. “We were broke,” Shankwitz said. “We had no gas, no food, no money, but a family took us in. We slept on their kitchen floor. It was the first time we’d ever been permanent somewhere, kitchen floor or not. A man named Juan became like a father-figure to me, and he introduced me to the idea of giving back. This was the 1950s – ‘give back’ was not a real popular term yet. But he taught me that you can always give back. It doesn’t have to be money – it can be your time or your talents.”

In the seventh grade, Shankwitz’s mom informed him that she could no longer afford to keep him; she was moving and he needed to find a new place to live.

Juan found him a place to stay in town with a widow and Shankwitz paid the weekly rent by finding a job as a dishwasher that paid per week. “All of a sudden I had an extra a week,” he said. “Juan taught me how to turn a negative into a positive and that has been something I’ve carried with me through my entire career.”

Shankwitz went to the Air Force after high school. “It was the Vietnam era,” he recalled, “but they decided I needed to protect England. I remember when we were informed we were not to wear our uniforms during traveling – they were afraid we’d offend the public. I’m so proud today to see our service members wearing their uniforms at airports. I love hearing people thanking them and clapping for them. You should never be embarrassed of the uniform. It’s so important that our military always be proud of their service.”

Following his time with the Air Force, Shankwitz went to work for Motorola. He describes himself then as “somewhat of an adrenaline junkie,” so when a friend of his suggested joining the Arizona Highway Patrol, he jumped at the chance. Shankwitz got involved with the Special Olympics in his off time. “I began to think about Juan,” he shared, “and how maybe I was starting to give back. I enjoyed that so much.” At work, Shankwitz was asked to join a motorcycle patrol that traveled to schools to teach kids about bike safety and he felt like he was getting closer to where he needed to be in serving others.

In 1978, Shankwitz was in a high speed chase with a drunk driver when another drunk driver broadsided him going 80 miles per hour. “I was pronounced dead immediately,” he explained, “and they’d already radioed in ‘963, Officer killed in the line of duty.’ An emergency room nurse from California stopped at the scene and did CPR for four minutes, and brought me back to life. I love California! They said the crash was spectacular. I’d gone through the tunnel and I saw the light. And then I came back. I remember when my senses came back. The sense of smell was first. I smelled this very nice perfume. Then the sense of touch; something was tickling my face. Then the sense of hearing – sirens all around and someone saying, ‘We’ve lost him.’ Last was the sense of sight. And I saw that a beautiful blonde had her lips locked on me and I thought it was heaven! Later, I was told I was saved for a purpose, and that God believed I had more to do. I needed to find out what that purpose was.”

Not two years later, Shankwitz received a radio call from his dispatcher saying she needed him to find the nearest telephone, which was 40 miles away. She put him through to a border patrol agent who had an assignment for him. Shankwitz remembers verbatim: ‘There’s a little boy named Chris. He’s 7 years old. He has leukemia, and he has 2 weeks to live. He likes to watch a show called CHiPs and he wants to be a motorcycle cop just like Ponch and Jon. We’re going to pick him up and have you standing by so he can meet a real motorcycle cop.’ I was in. I got on the bike and flew to the hospital.”

When the helicopter landed, Shankwitz was surprised that Chris wasn’t super sick looking. “Instead,” he said, “this tiny pair of red sneakers jumped out and came running over. He knew every button and switch on that motorcycle. I am watching him thinking, ‘He’s a typical 7 year old, and yet he’s going to die.’ Then I saw his mom, tears in her eyes, seeing her little boy again instead of just this sick patient. Chris became the first and only honorary officer of the Arizona Highway Patrol. We felt pretty good about what we’d done but we knew there was more for him.”

The troopers rallied around Chris. “We went to the uniform store, and asked if they could make Chris his own uniform,” Shankwitz said. “Two women spent all night custom-making a uniform for him. The next morning, we took several motorcycles and cars, lights going, and brought the uniform to him and a smokey hat. He was ecstatic. He asked if he was an official motorcycle police officer, but we told him that he had to earn his wings. We set up traffic cones for him in his driveway and gave him a test, which of course he passed.”

Chris told Shankwitz, “I’m so happy my wish is coming true.” It was the first time Shankwitz had really ever heard that: “my wish.”

Shankwitz and his team went to pick up the custom-made wings they had commissioned for Chris when he got a radio call: the little boy had been taken to the hospital and was in a coma. Shankwitz was devastated.

“We took the wings to his room anyway,” he said, “and just as I pinned his wings on the uniform, Chris came out of the coma. He started giggling. ‘Am I a motorcycle officer now?’ he asked. I told him yes. A few hours later he passed away. I like to believe those wings carried him to heaven.”

The Arizona Highway Patrol did a full police funeral for Chris. Shankwitz explained, “In Chris, we lost a fellow officer that day. When we got to Illinois where he was going to be buried, we were pulled over by the Illinois State Police. When we told them what we were doing, they escorted us. We were met at the cemetery by Illinois Police, all in dress uniform. Like I said, we lost a fellow officer that day.”

“Chris was buried in his uniform. His tombstone reads Chris Greicius, Arizona Trooper. It was a truly unbelievable sight. When we got home, we asked, ‘Why can’t we do this for other children?’ And Make-A-Wish was born. It started with in a bank account. There are now 60 chapters in the United States and Make-A-Wish International has 39 affiliates, serving children in nearly 50 countries on five continents. Over 500,000 wishes have been granted.

Shankwitz said, “Every 34 minutes a child gets a wish, because of one little boy. Never underestimate the difference one person can have on the world.”

More about Frank Shankwitz and the Make-A-Wish Foundation can be found in his memoir, Wish Man, which has also been developed into a movie by the same title, available on Netflix. Rest in peace, good sir.